Ana (Paris 12eme) sent me this Space Invader which is cut out of a paper sheet.  A new trend?  In Paris we see these Space Invaders in office windows made out of post-its.  Many companies have "asked" employees to remove them from their windows as it did not give a good image of the company.  Hence the phrase; Those who live by the post-its, die by the post-its.   Post-its is a trade mark of 3M.  Whose share price today on the NASDAQ is $88.39 but is likely to hit over $96.00 by the end of…

Soon the Hallowed season will fill the streets with ghoulish figures and offerings of food, rum and merriment. Why not stop and think of some of the other celebrations and be a part of the new Planet Dada project, The Vodou Lwa! - More details at http://ning.it/R06Iiz

"How To Turn Away From Scary Dreams?" "I Am Suffering From An Enormous Jetlag!" 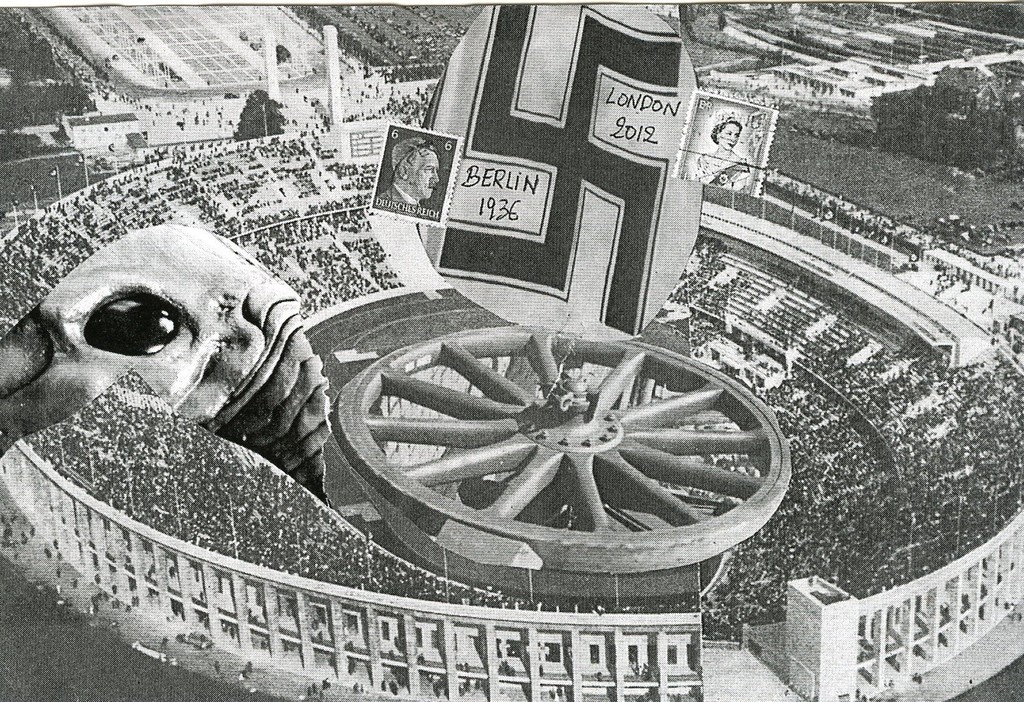 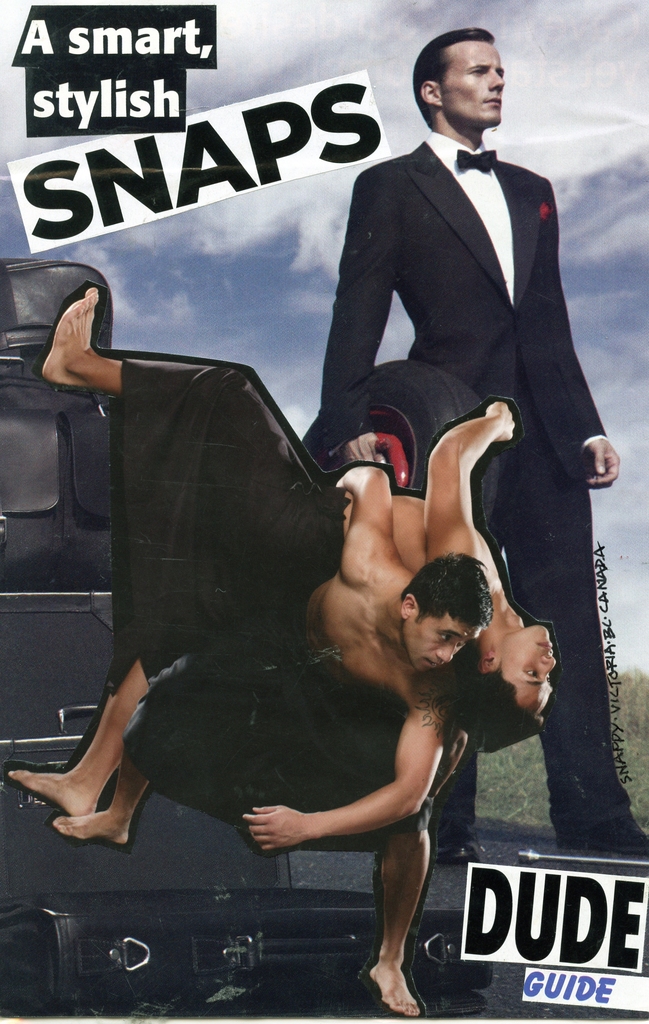 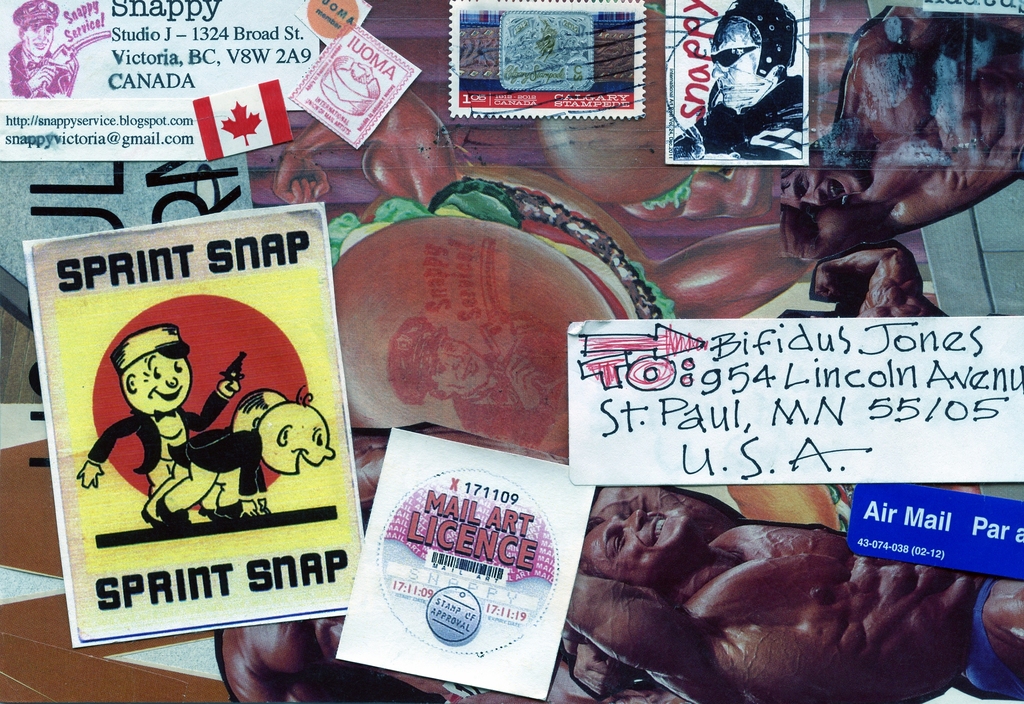 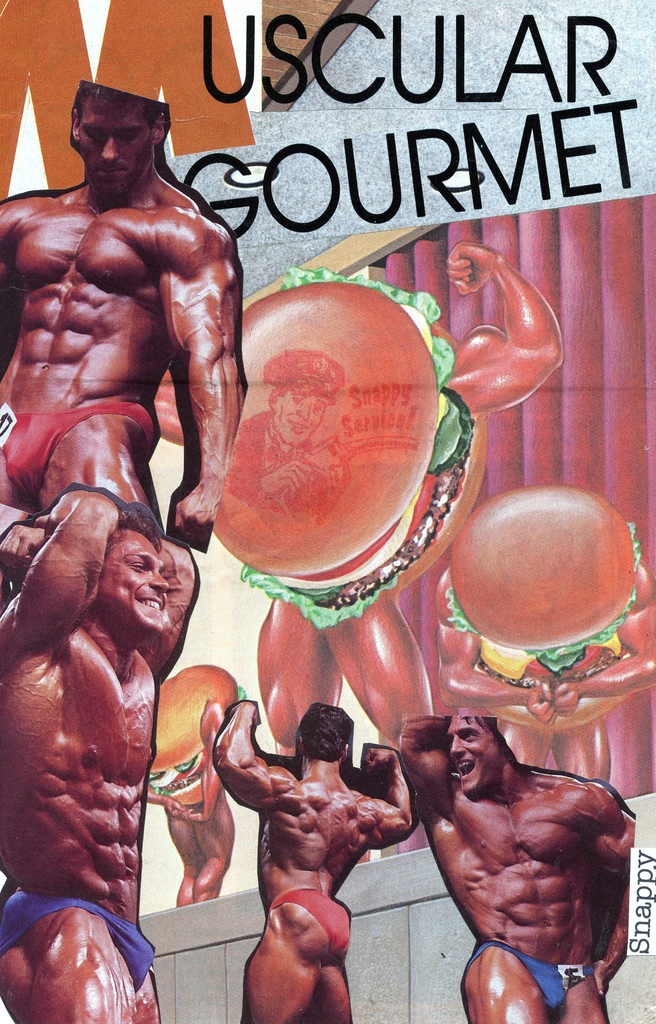 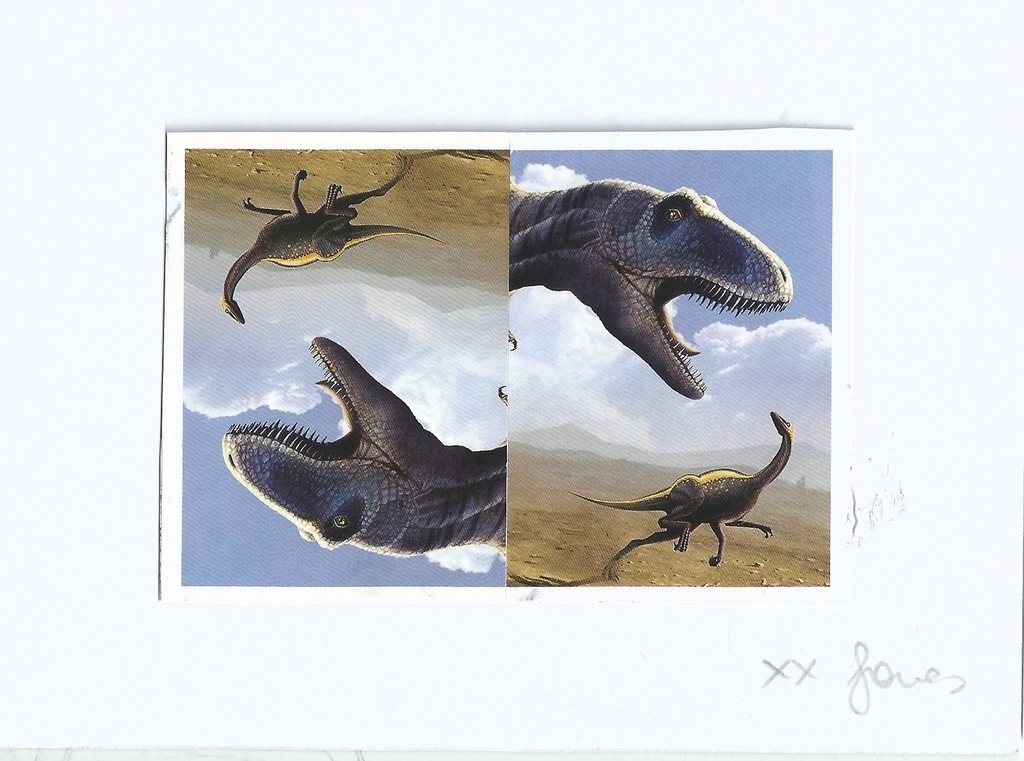 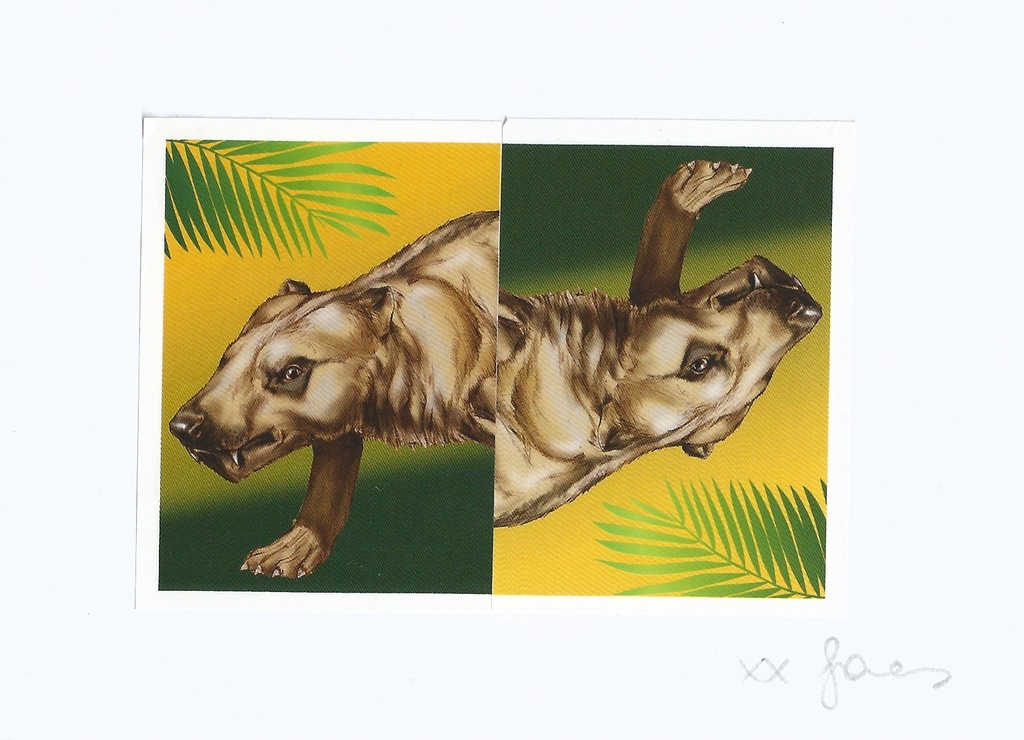 MailArt from... Ala, Skybridge Studios and Valentine 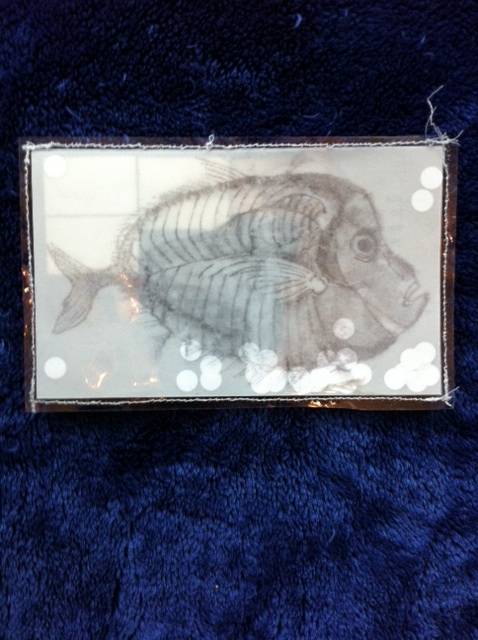 Which MailArtist from USA sent me this cool fish? New blog on www.snailmailsuus.blogspot.com Laura Hensley's (who lives just around the corner, literally, from me) New Potatoes - grown in her garden.

I'm in the mood for some hashbrowns, biscuits & scrambled eggs. 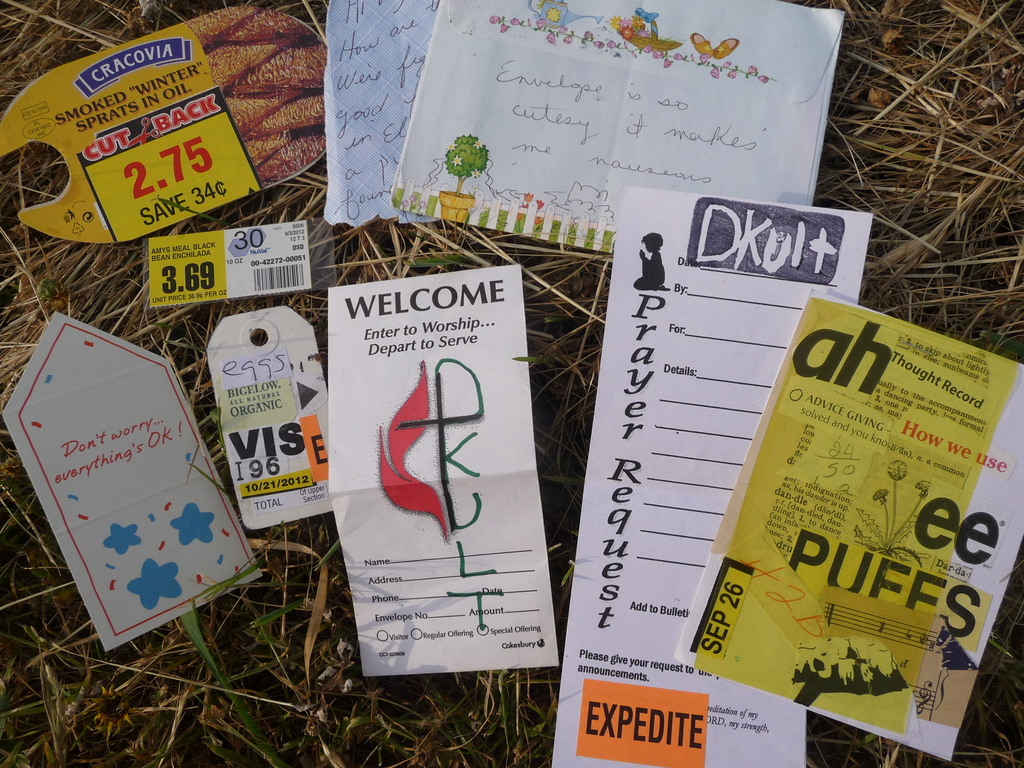 A very chumpy envo from DK! It was open down the side, hope nothing was nicked from it along the way? Is it all there Diane? I love the big VIS even if it's the wrong spelling! And the nauseous envelope improved with stinkin' trash. And the DKULT cross is genius on the Welcome envo, but my allowance must have fallen out...… 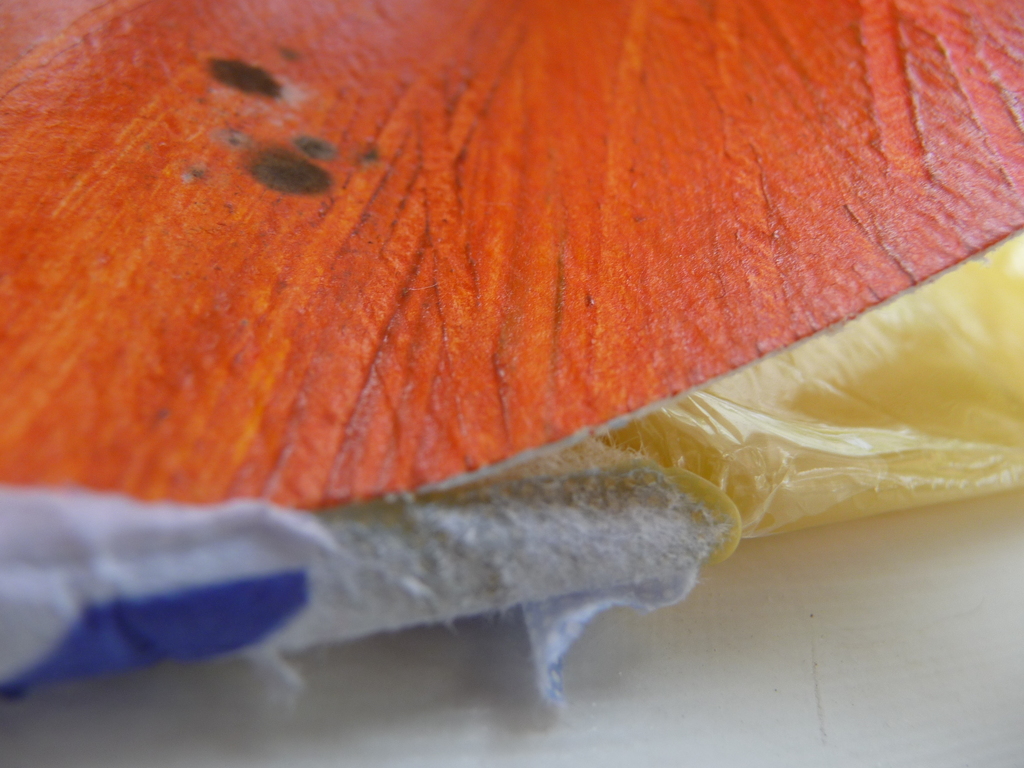 This came in the post today from Kat! Yes, those black bits are mould.

It was 30 degrees HOT yesterday, don't know HM in US language...?? But this cheesy mail was all stuck and melted and oozing!! I'm in love with the color palette Claudia uses. It's hard to read from the scan but it says" when they said I'd be in the hot seat in my new job, I certainly didn't envision this."  she also writes on the back, "Thanks to you I will NEVER forget to use the zip code again.."  Jon Foster had touched on the inevitable paranoia that can creep in when we exchange mail art and communication stops. This happened to me with Claudia as I hadn't heard from her in awhile. I thought maybe sending her…

Merci beaucoup, Gilberte, for this lovely original flower painting--something I have no skill at. I like how the brushstrokes are natural, not forced--and no signs of thorns… A fantastic postcard; a magazine photo with some sort of waxy crayon/pencil?? over the top to subdue the shine of the paper...could also be sanded, due to the gouging....awesome effect!…

Today I sent off a mailing to my first eight new IUOMA friends! I have scanned in a few cards to show them off. They are all different. I am not going to show the reverse side, because I dont want to spoil the surprise. Time for Celebration!   I hope they will give some joy!… 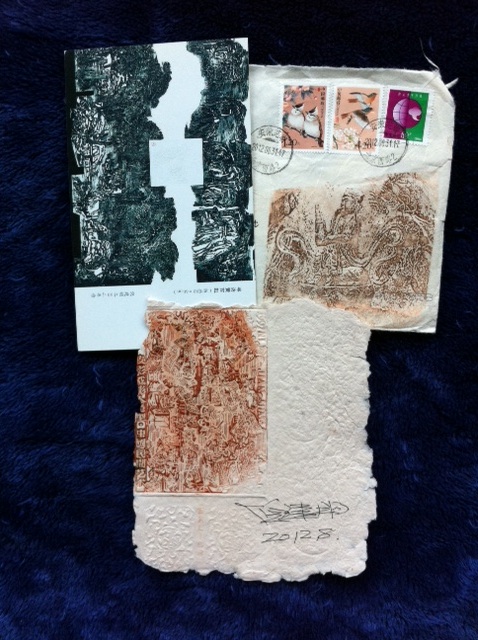 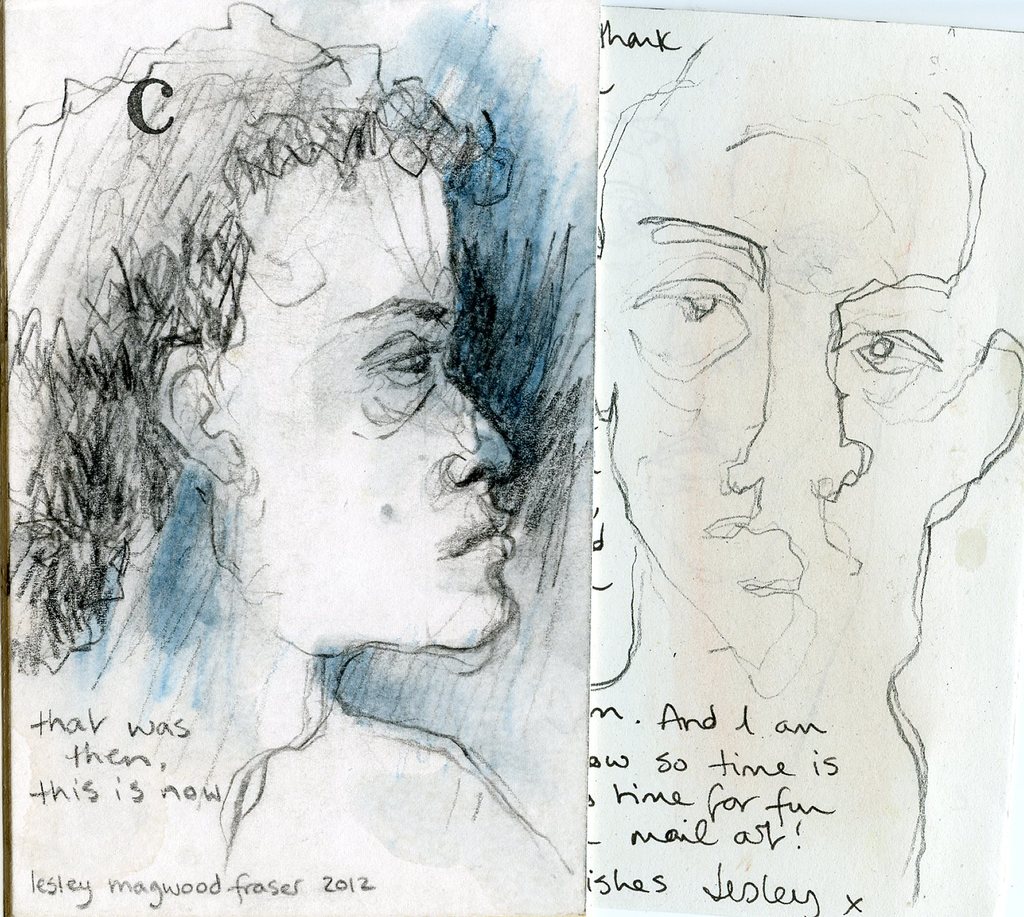 Her work has something hidden in the faces....love them…

Marie Wintzer: Squares on a String Part 2; Because just a photo and a small video is not enough

What would you do with leftover video footage? 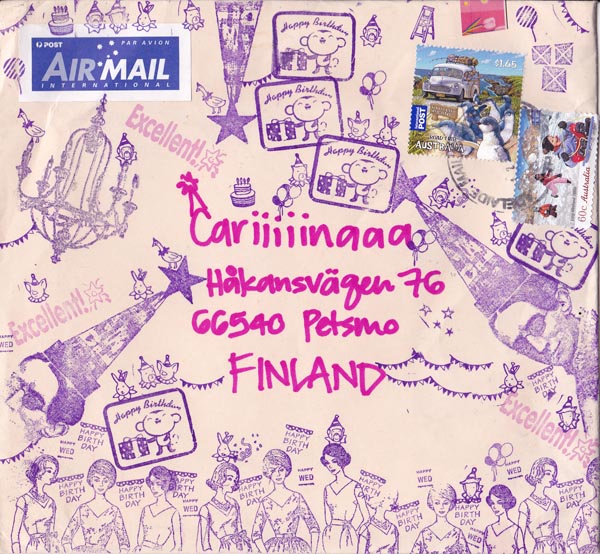 From Dean Marks and friends (Ana Kawajiri and Katerina Nikoltsou) a classic collage!… Got this grand A3 size mailing from Trick Sensei. Arrived a little ripped but intact. Love it. Thanks Trick!!…