There are many details to discover in the mailartcorrospondence with Roland Halbritter, and there is allways a challanging moment within. Thank you very much!… 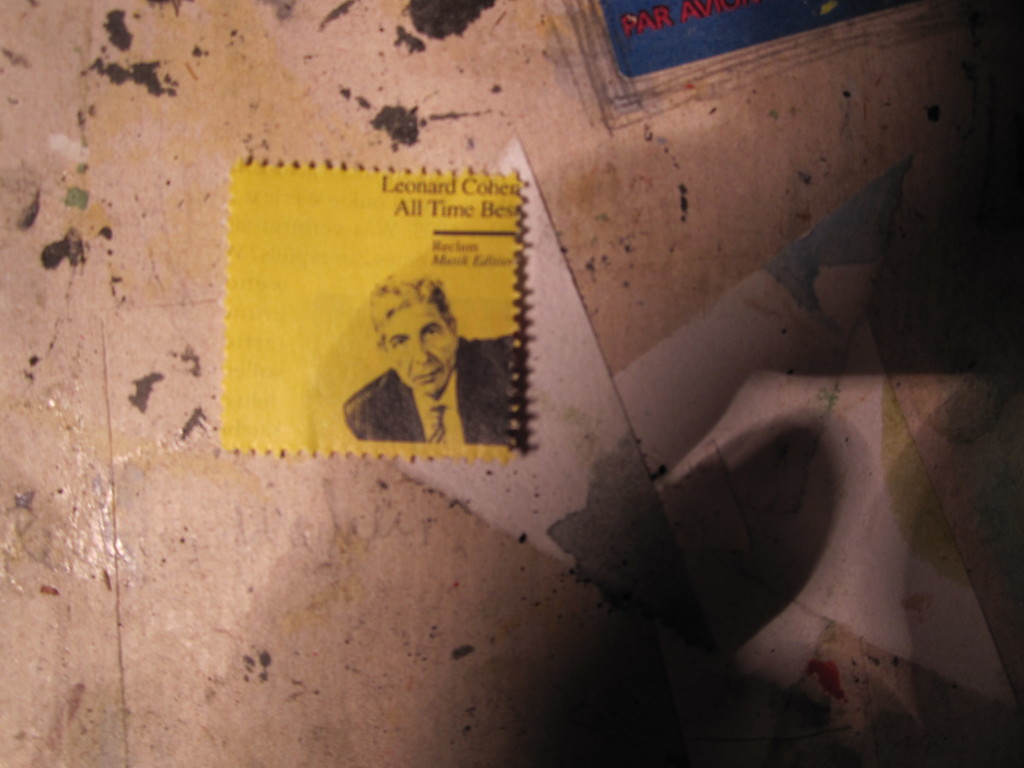 Angela follows the threads and sews the signs of communication, its so fascinating that the other side of the paper shows sometimes a complete different Character and its in a way threedimensional and very haptic, thank you… 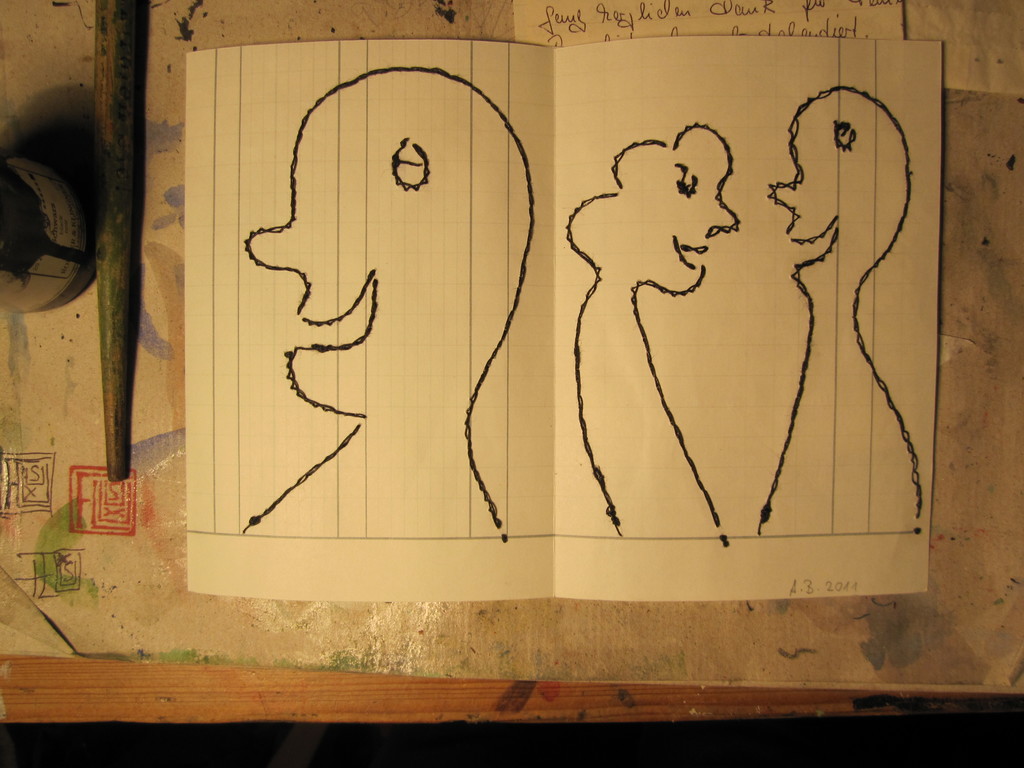 So much to see in it thank you! Something is on the way!

From paper to envelope to sketching inside  a fine and sensitve work coming a long way from springland to autumnland. Thank you very much!… 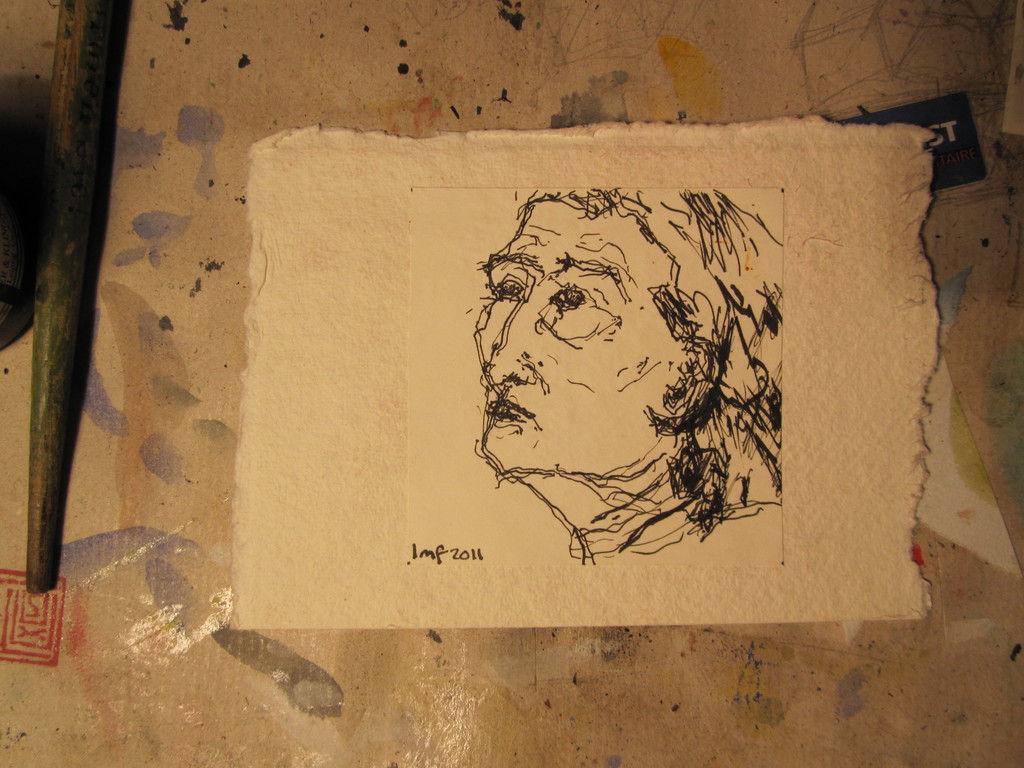 Memories are Made of This from Marie Wintzer

When I first ‘met’ Marie (having never ‘met’ in body does not mean one cannot make excellent friends!) and I asked her what she did – in real life – yes, if I was a cat I’d be dead – bearing in mind what curiosity does to those creatures, she said she worked with brain cells. FAB!!! I said, make me something!!! Not initially keen on the idea, its taken a year – BUT the brain cell inspired book FINALLY arrived. Some things are just WORTH the wait. This was no exception. …

cp-sa, one year of correspondence

Finally done! My book containing all of Cheryl Penn's mail so far. One year! But it's full now, I have to think about the next one... 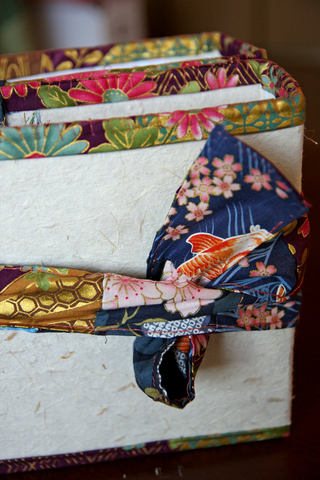 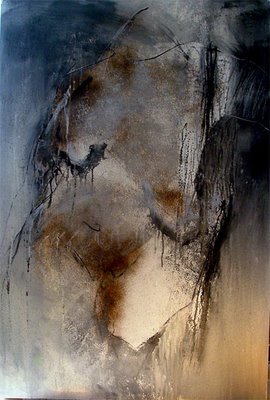 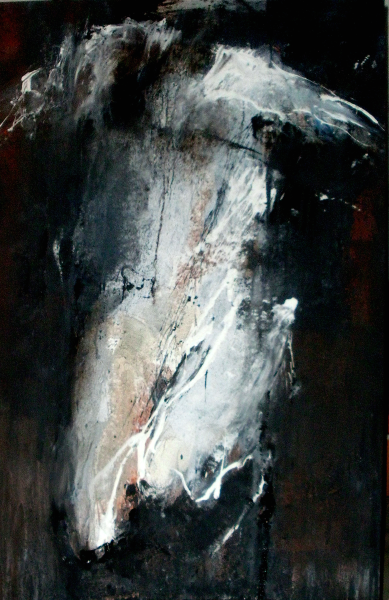 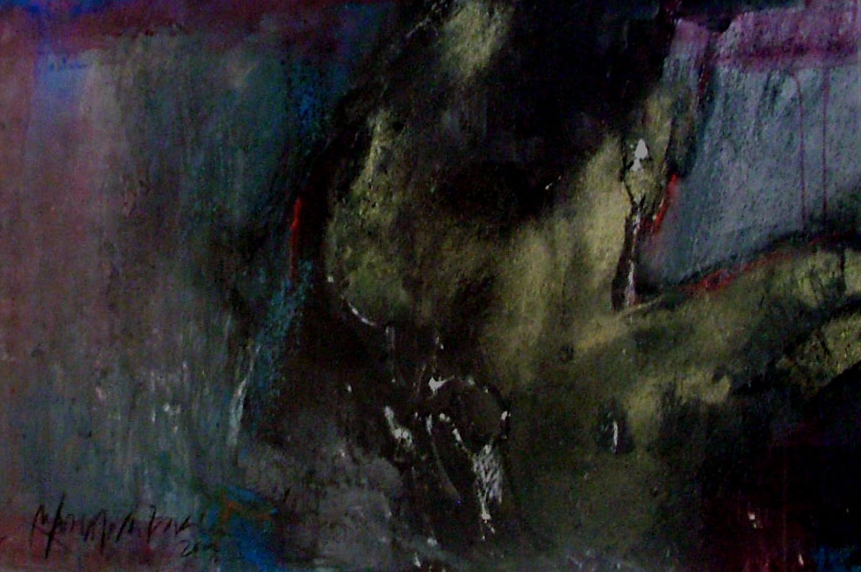 Lillian, I wish you could see this post...You are the Best! Thank you for making me smile - ALWAYS! I am sooo glad you and I have had a chance to connect and to get to know one another....Thank you! Love, Love all the mail/post shooting out of the riders basket!!!  Thank you Georgia : - ) September 23, 2011 - A few days ago, this wonderful piece of mail-art appeared in my PO box. I have pondered over it, studied it carefully, and cannot solve the mystery of who sent it. Am I overlooking the obvious as I am often prone to do?… 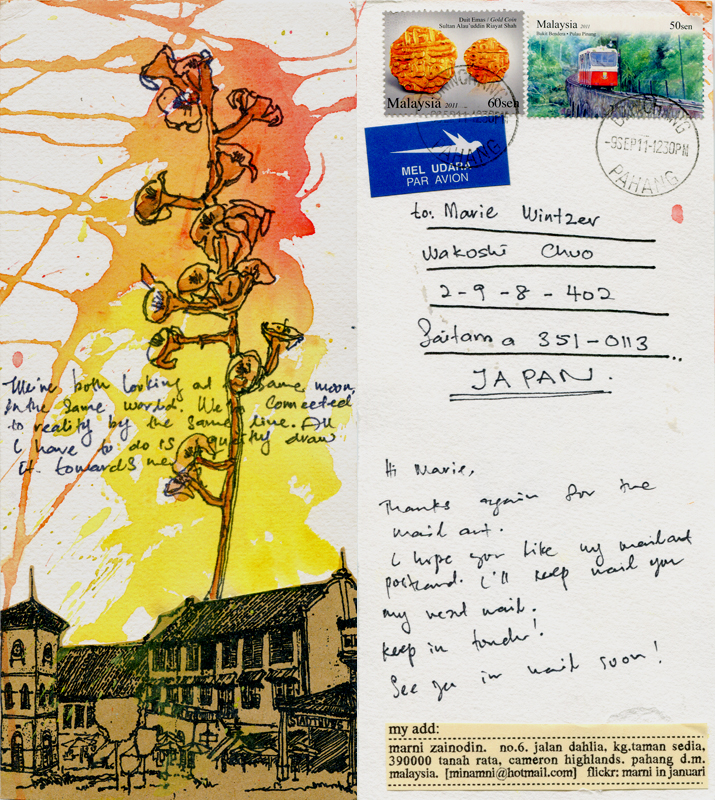 A poetry-themed mini blog today. The first card is a beautiful painting by Marni Zainodin (Malaysia). I like the poem a lot:

We're both looking at the same moon in the same world. We're connected to reality by the same line. All I have to do is [.?.] draw it towards me.

It would be great, and I looked forward to it immensely:… 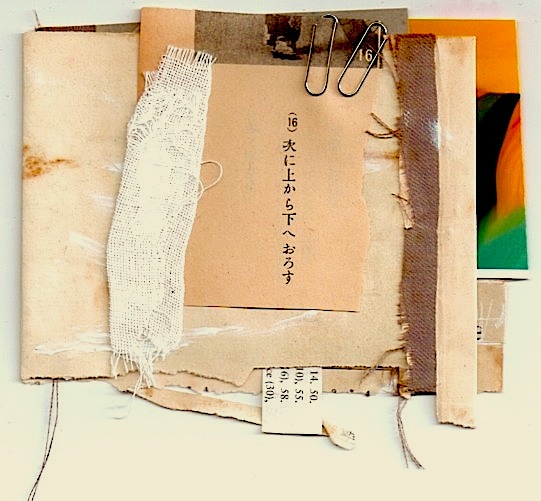 In Paris with Katerina

A puts-you-there card from Katerina: 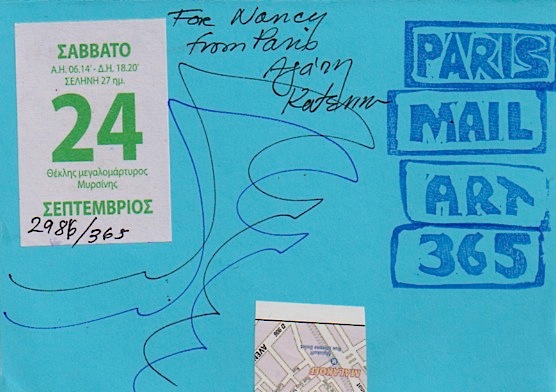 This is one of many cards Katerina has apparently sent to people from Paris during her visit there. It's graceful as always, and includes her beautiful blues, flowing asemics, another(!) neat stamp, and pictures+maps of where she… Continue Who is Simon Warren? 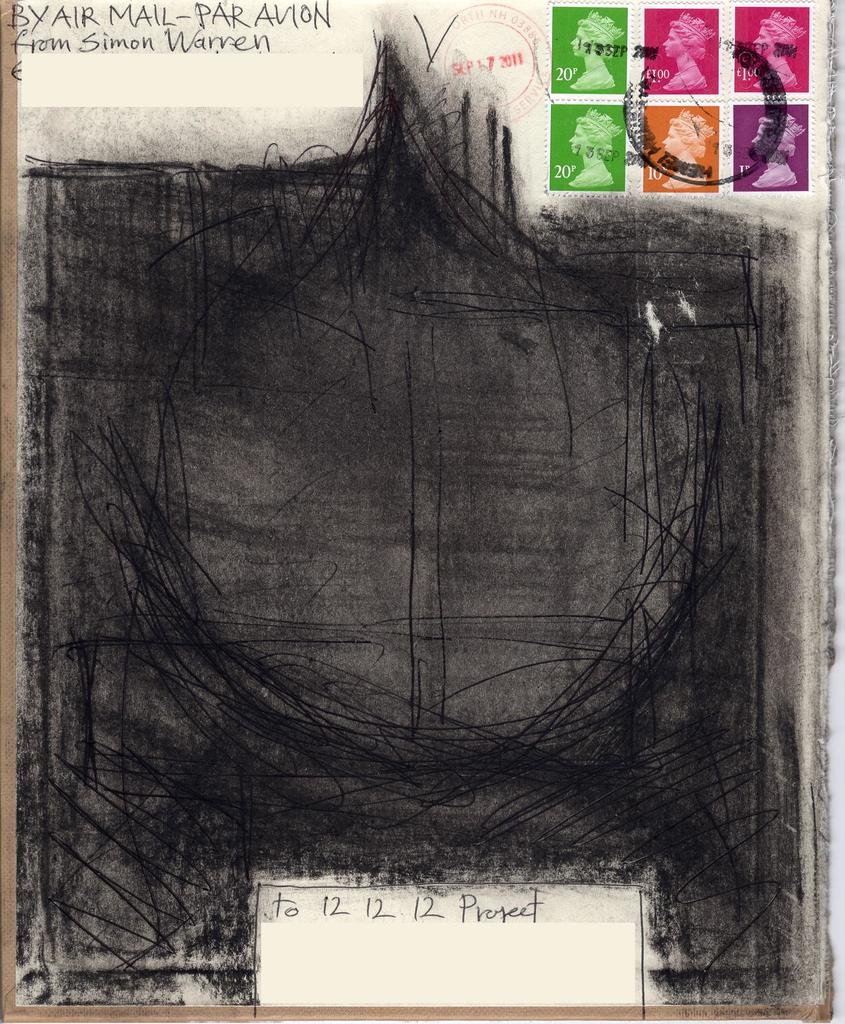 Another two drawings for the 12-12-12 End of the World Project arrived, sent by the enigmatic artist Simon Warren of the UK.  Thank you, Simon! 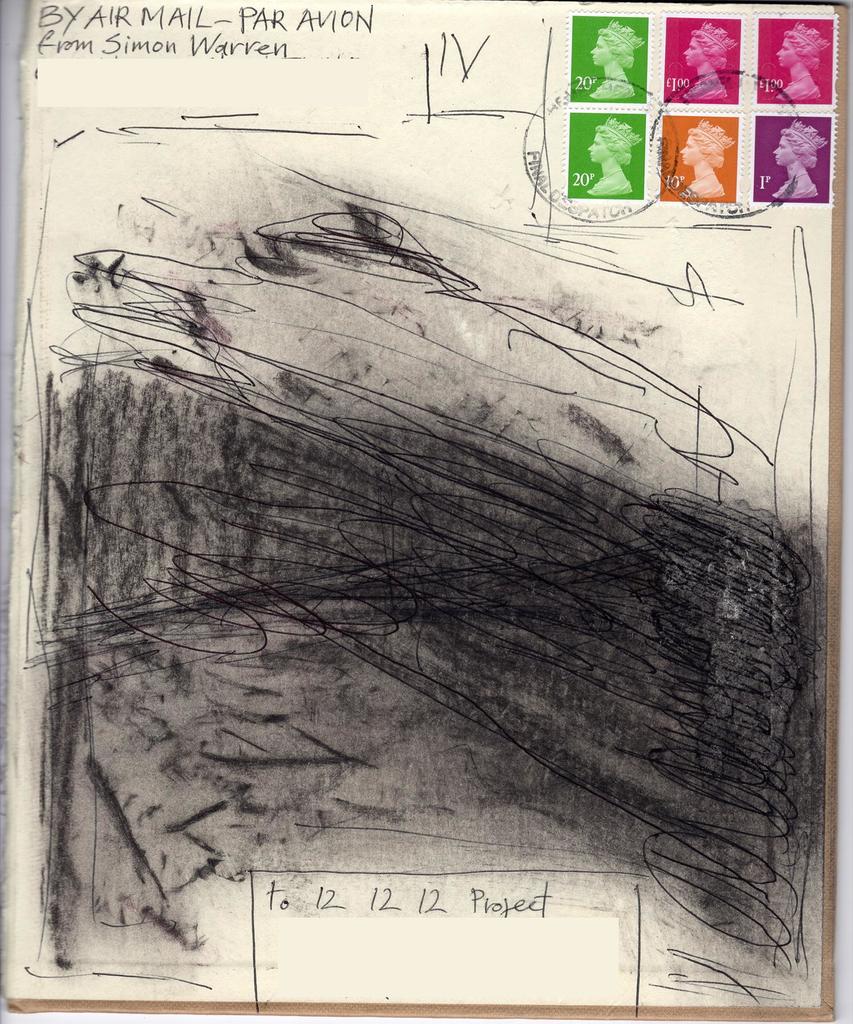