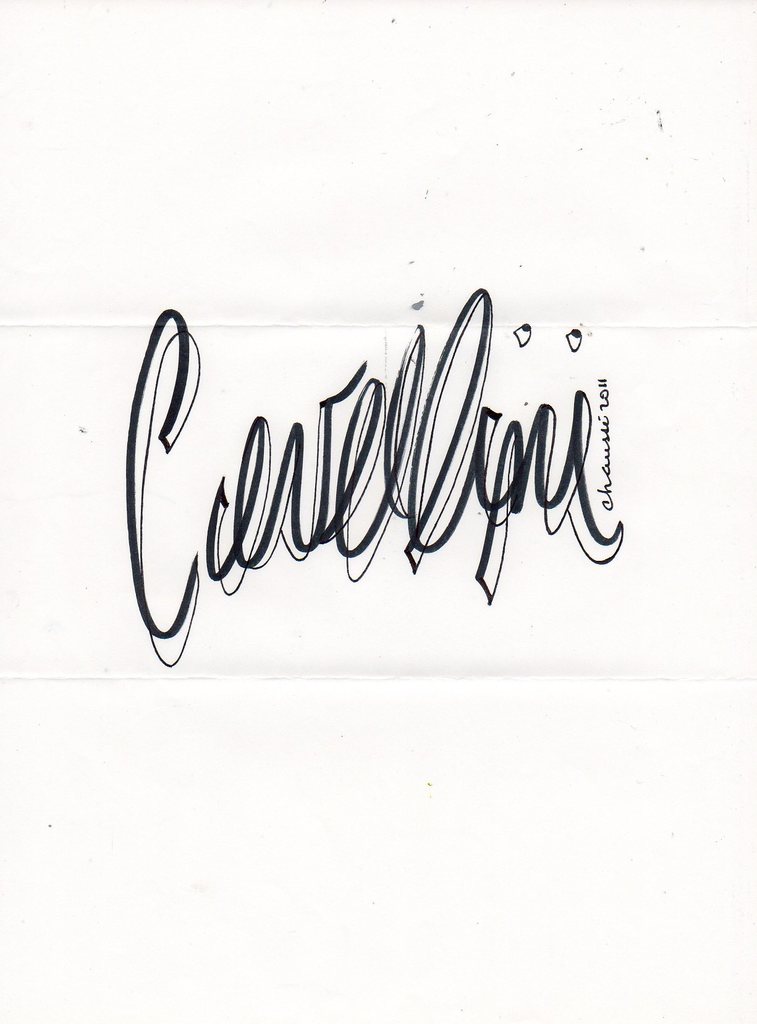 This is Lesley's second chapter for the Windmills of My Mind collaborative book. She has produced two fantastic chapters filled with the most beautiful etches. Faces, profiles, eyes wide open or tired eyelids, each of them has his own windmills, his own little world of rolling thoughts. Thank you Lesley, I hope I can send you a chapter very soon, as soon as those… From Katerina and Dean in Paris 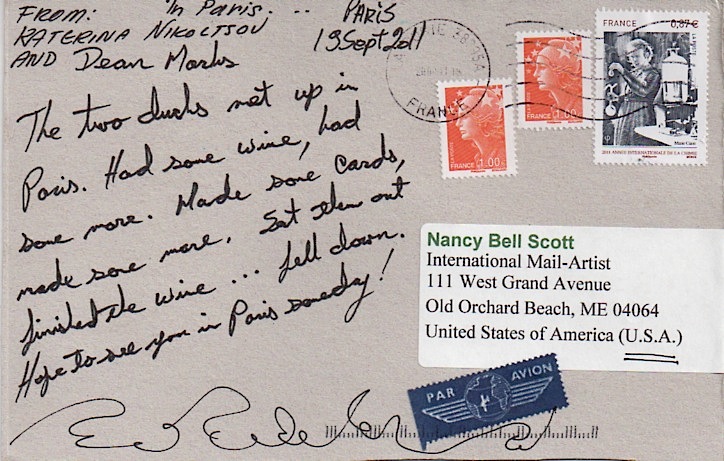 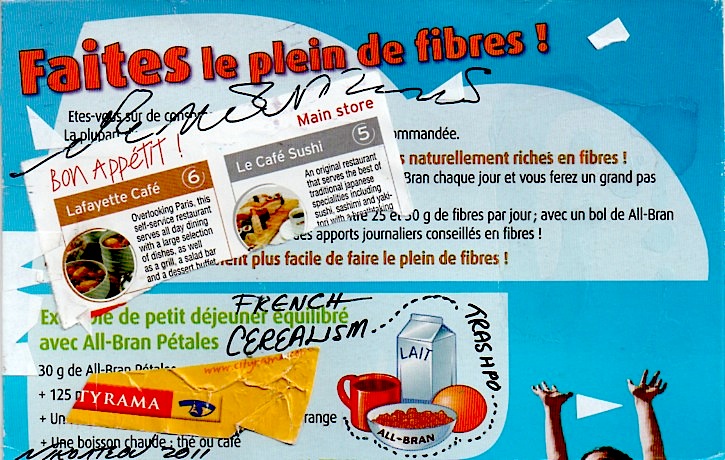 Behind on blogging, but realized today that this had better be put up before Katerina gets home from Paris, which is probably imminent? Very fun card, thanks you… 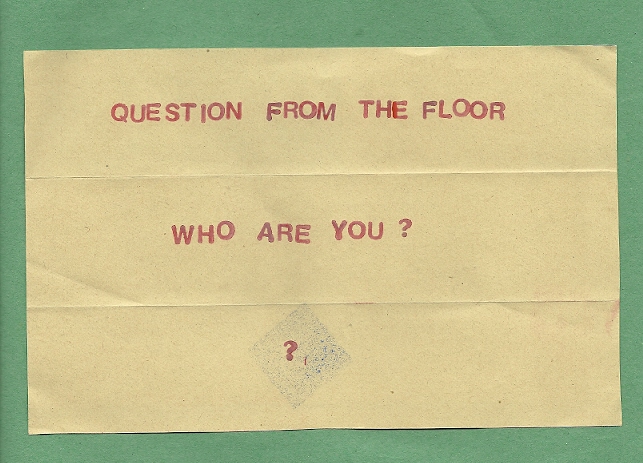 September 27, 2011 - During the past months, IUOMA members have been receiving and viewing Svenja Wahl's distinctive and beautifully made mail-art. She has an… 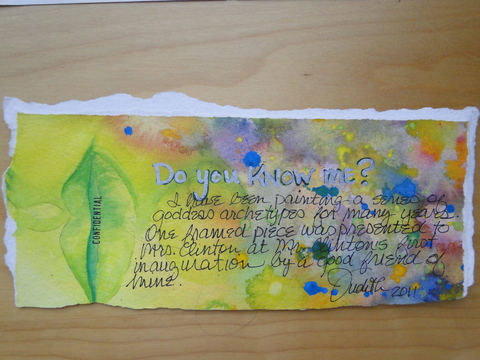 Last week I received this wonderful card from Judith. If I got it right it's part of a bigger picture and a second card I received a few weeks ago belongs there too. So I'll start to collect and see if I'll get the big picture together. I love the colour and the special texture of Judith's cards very much (and look forward to her trifold pages...) Lesley's lovely drawings are always a welcome sight. The added bone(?) collage is like a sculpture and the asemic writing adds mystery. I particularly like the figure's hand (must be the Haptic in me). It comes across as strong yet nurturing. A nice overall sense of self-love here. Lesley created fun negative space for the envelope:… Mail from Guido Vermeulen (Belgium) arrived last week. A beautiful painted envelope (large) in which he included some details of his work and also a photo of his working place where you can see how he makes his envelopes. Seems he like to use a lot of ink. Also a…

ZALOP – it’s a performance right? Whoever says NO in a deadpan voice, devoid of tone or apposite energy - quiet and sadly whispered or in a loud exclamation?  However it is said,  NO  is a complex word for sure.  ZALOP - the Fluxus word as original score was sent by Ruud on 15th December 2010.  I determined ZALOP to mean  "ABSOLUTELY NO WAY DEFINITELY NOT NADA NIX.  It is essential this word is said in an emphatic tone. Accents do not matter… I LOVE this mail art. It reminds me of Russel Manning's style. I admire people who can draw and love how intricate the details are thank you Susan!!!!!! Look forward to exchanging lots of MA with you This mail art cracks me up. I seem to be getting a lot of cereal boxes lately so cerealism is apparently a movement that is here to stay. She writes "I don't own a microwave anymore, so I eat my lazy ppl food at night in the library staff room. Delishious!"

Thanks Sandra, okay now looking at it closer I can't tell if it is cereal or… 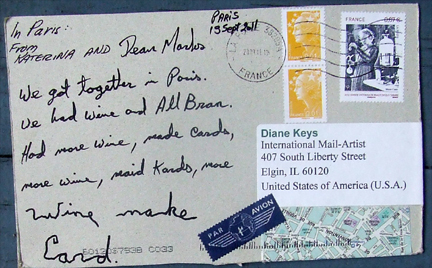 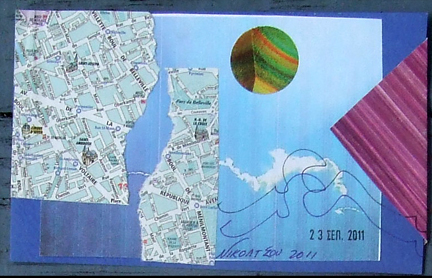 Got these great pieces from Paris where Kat is visiting. She says there is no trashpo in Paris-bummer. And it is my first joint  venture mail art… Continue

The Last Days of Summer from Judith Heartsong

Judith, your name really couldn't be more suited to you. Your style is so lyrical and joyful, even though the message is kind of melancholy. I can only imagine what your larger pieces are like in person. Also, I received your trifold project today and look forward to… Continue

Zombie Kitty from from Chaos Atlanta 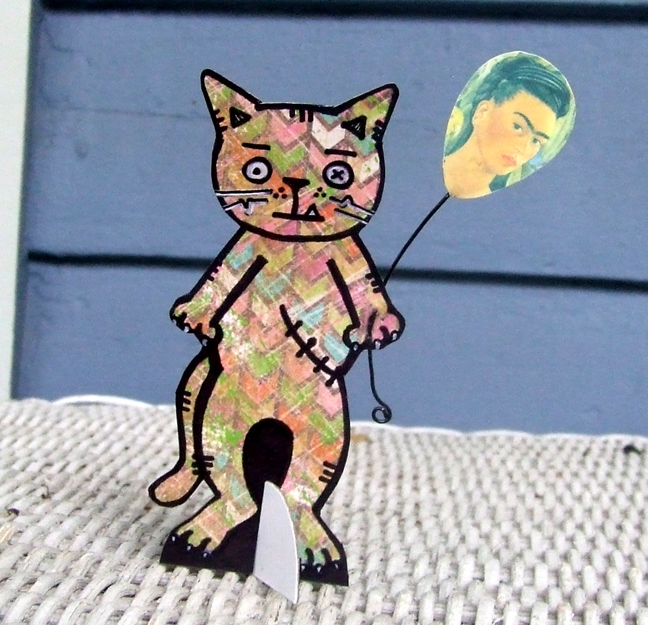 Got this fantastic paper doll from Cheryl. The card is part trashpo as the silver is a foil lid and the flower is punched from a security envelope. Yippeee~ A trashpo convert in the making??? My son has adopted this ferocious feline and the Kahlo is a bonus. He's a… Continue

The way the colors flow on the piece is very soothing to the eyes - the eyes travel across and are intrigued wherever they rest...the pansy flower, from a distance, blends to resembles a MONKEY FACE...THANK YOU LEE.. I feel so lucky that Lesley had another of these books and sent it to me. The use of pattern layered with text  and asemic writing etc. is just breathtaking-thank you Lesley! 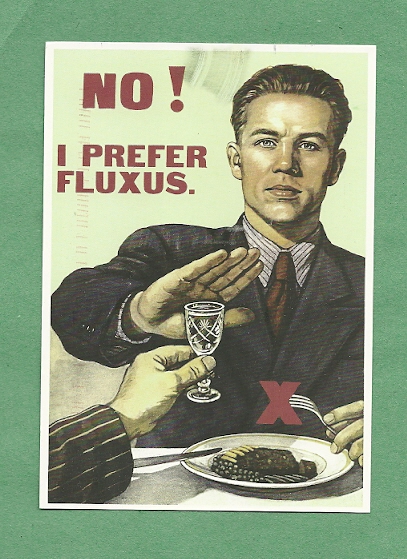 September 26, 2011 - JF Chapelle's "No! I prefer Fluxus" has become an instant mail-art classic during the past few months. The above is no doubt familiar to most… 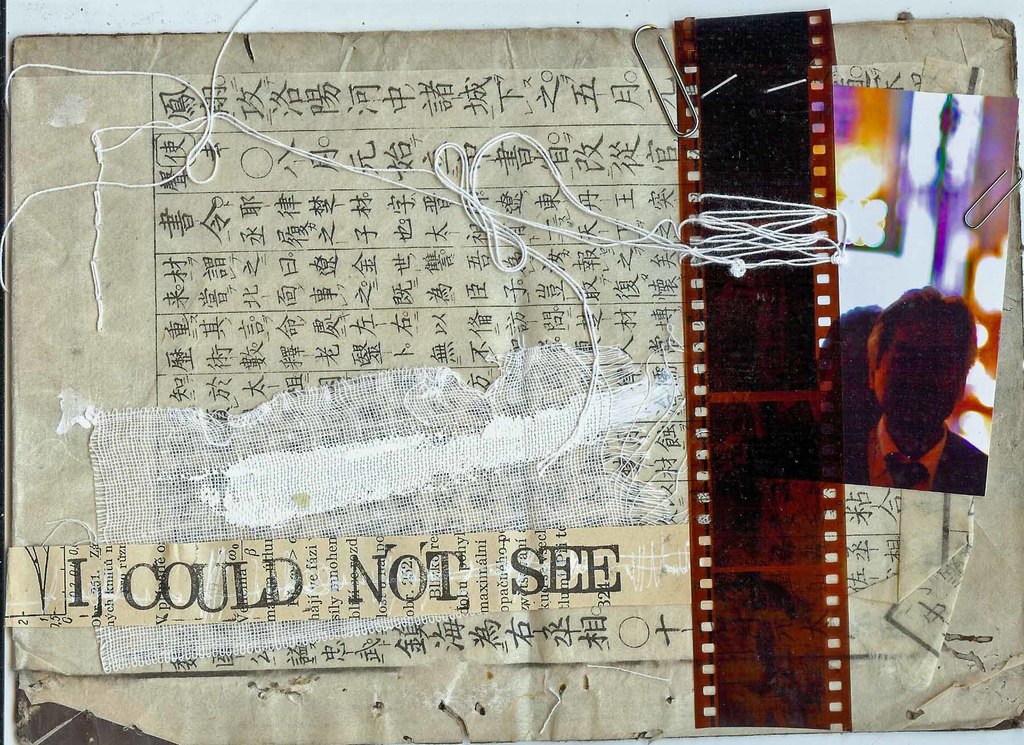 ABOVE:  The inside of Marie Wintzer's "I COULD NOT SEE"  shows life and language held together by a small, winding thread.  The unraveling cheese cloth and the picture negative suggest a sense or quality of being unfinished, of not quite having things together, of waiting for further developments.  The outside of the booklet is brown, leatherlike, and seemingly…