From the Artist in Seine...barcode religion :-) 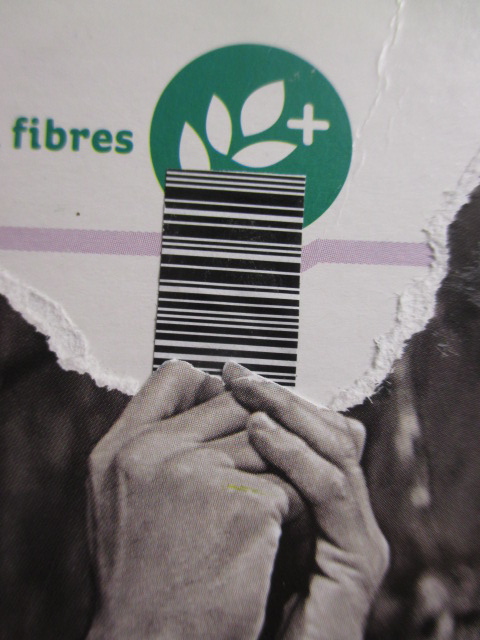 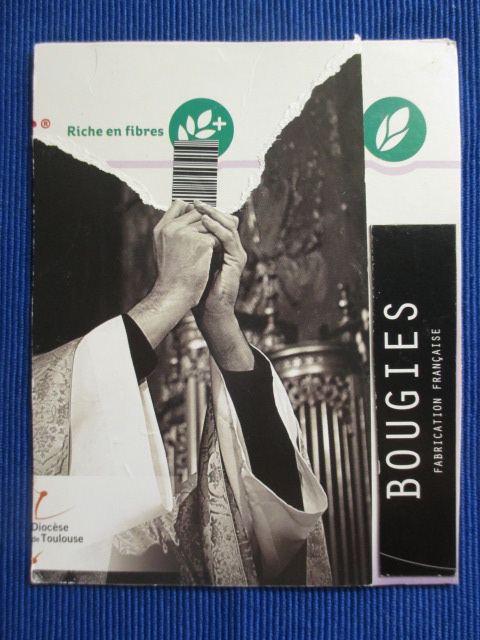 and a testimony to the fact that barcodes are not only human,

Watching Paint Dry, a 3D card by Artist in Seine 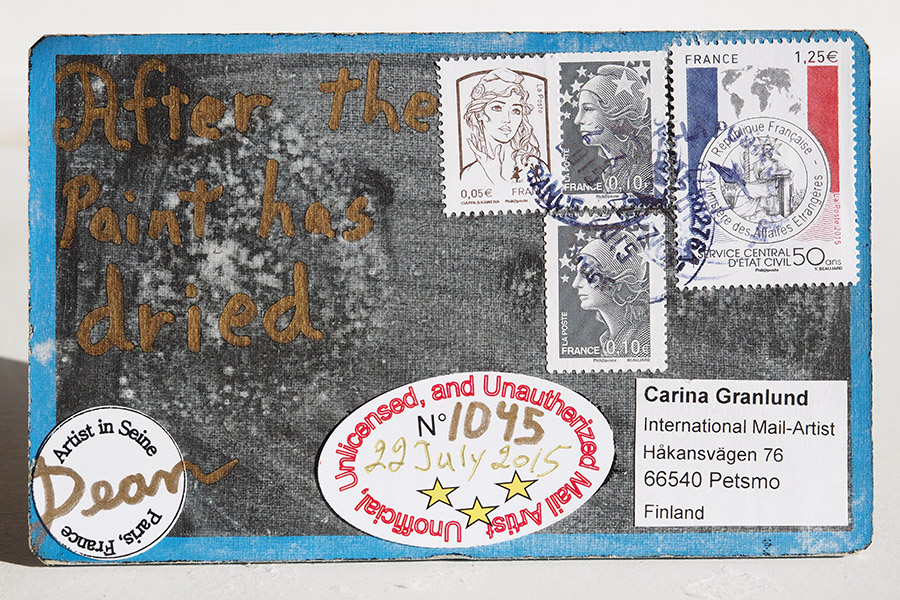 No one has at this stage seen what actually Dean paint. But this colorful assemblage is proof that Dean is up to something. We eagerly await the results and what we will see "after the paint has dried"! It is possible that Dean was inspired by the Swedish flag… 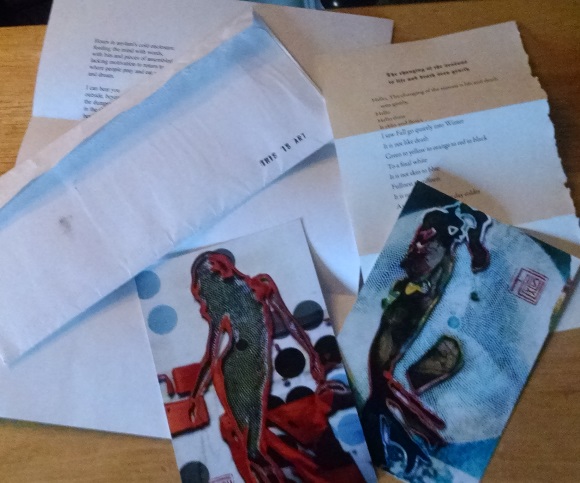 I received two poems and two visual works from Moan Lisa today. I also received a mail art call. These are the first things I have thing received from an IUOMA member. Thanks!

"Felicidad" from Antonia Mayol .Thank you ! The Opposite of Trashpo or the Gina Ulgen Fan Club (Norwich, Norfolk, UK)

August 4, 2015 - Gina Ulgen has distinguished herself in mail art with contributions to DKULTUK (among other triumphs.) Now, an ambitious edition she has released…

It's always fun to receive something unexpected in the mail. Tiffany spontaneously sent this outstanding piece inside an outstanding envelope. 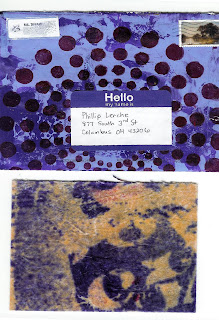 I'm way behind in my responses to mail at the moment, but be assured, I will send you something…
Continue

Thank you so much Res,for the explanations given to Dean ! that was right, in the next photo you can see the surprise !

I apreciate so much the art of Laurence !! goood idea, Res, to remember her works by posting them once more !!!...me too, I allways find new things, new art, new people that I like and I apreciate ! Wonderful needlework and sketches by Torma Cauli and Richard Canard 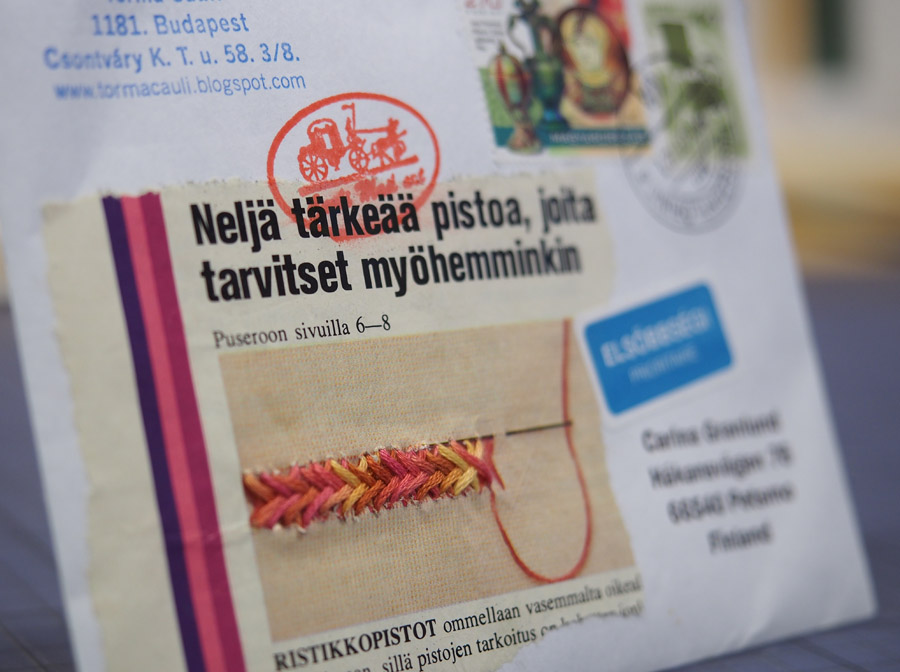 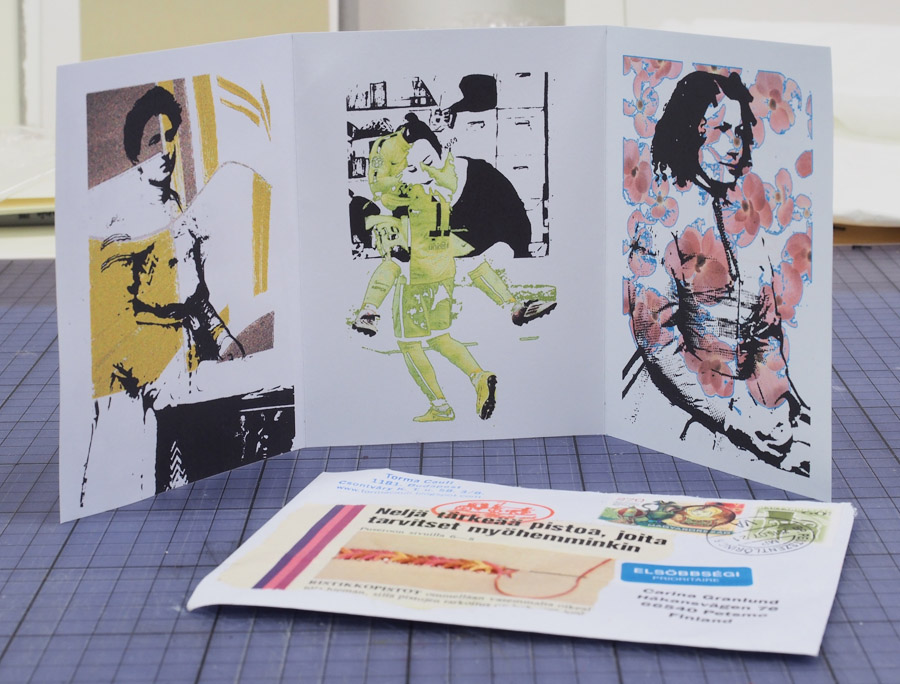 My 14 year old daughter Hope is going to camp tomorrow and is having a competition with her best friend to see who can get the most mail while they are away.  If you have time, and you are close enough to get mail to just outside Seattle, Washington by Friday the 7th, she would love to hear from you.  Her friend Zoe H. can also receive mail at the same address...
Please send postcards/letters to:
Hope Alcoba
Session #6
Camp Sealth
PO BOX 13599
Burton WA 98013

The Radiograms of Marie Wintzer The radiograms of Marie Wintzer are absurdist bits of high drama which mimic the hysterical tone  of our media and at the same time make perfect sense. The lack of Kale Rooting Hormone could, plausibly, be the turning point in the collapse of our tenuous grasp on the planet.…

some nice and special works from Laurence Gillot... 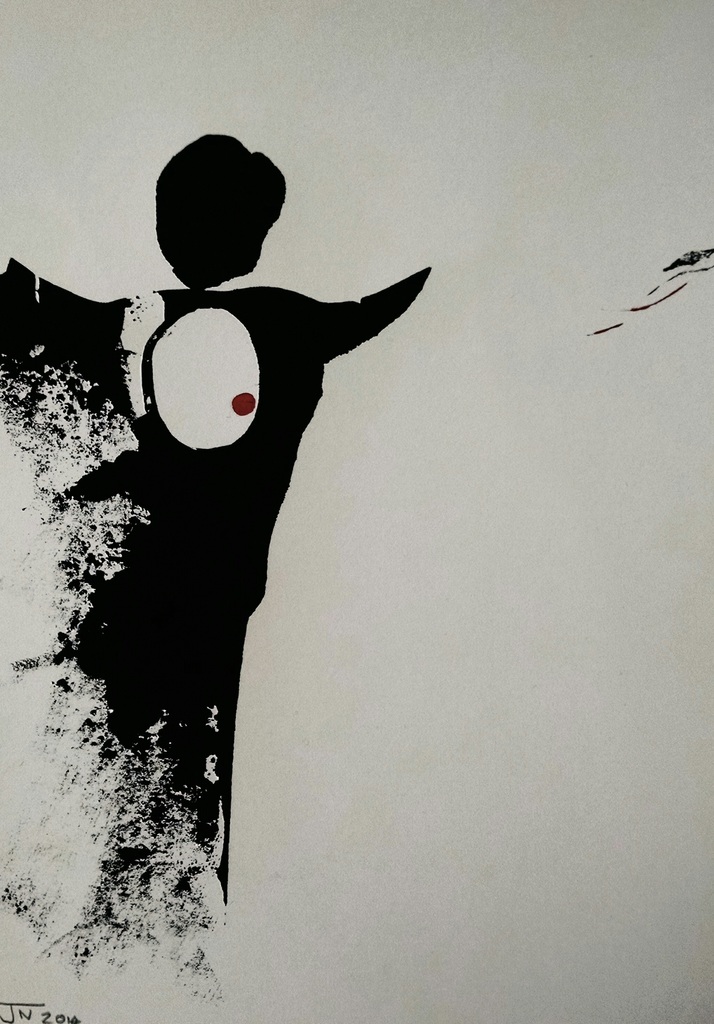 An image of the painting, “Desolation” has been added to the online gallery, #Wherewillovefindyou,  as part of the publicity for the film “Meet Me in Montenegro”.  The film, co-directed, co-written, and co-starring Alex Holdridge and Linnea Saasen, takes as it’s theme lost love. I changed the title of my painting to “Say Goodbye” to make it more relevant. 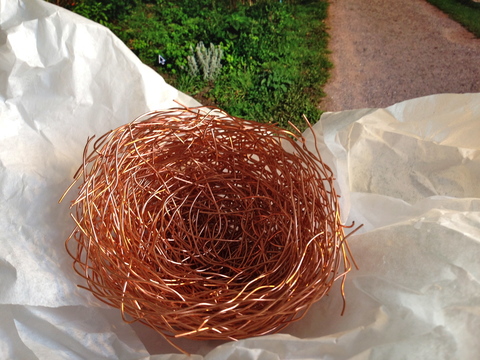 What can I say? This beautiful copper-wire nest arrived

safely nestled in tissue, travelling all the way from Crozet, Virginia

to London, England. Big thanks to the maker, Diana Hale (of Philpott

a rubber stamp I carved tonight

It's a little rough around the edges (literally) but I like it. Looking forward to, you know, stamping stuff with it. 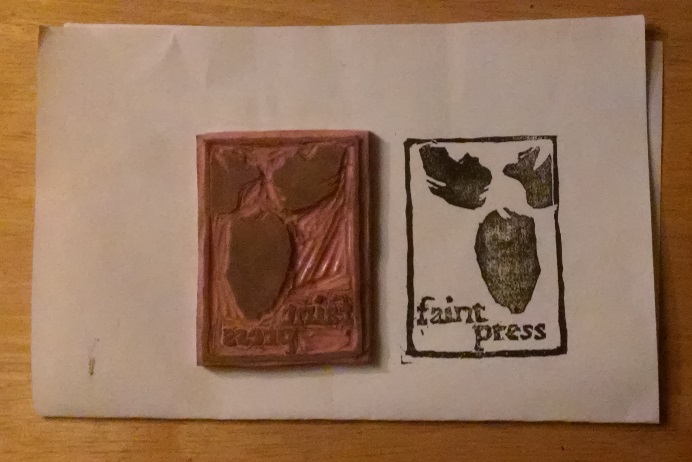