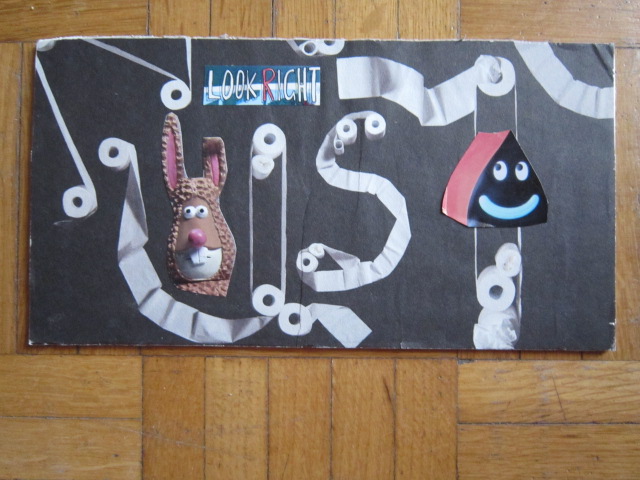 Rolls of paper spell out "US" 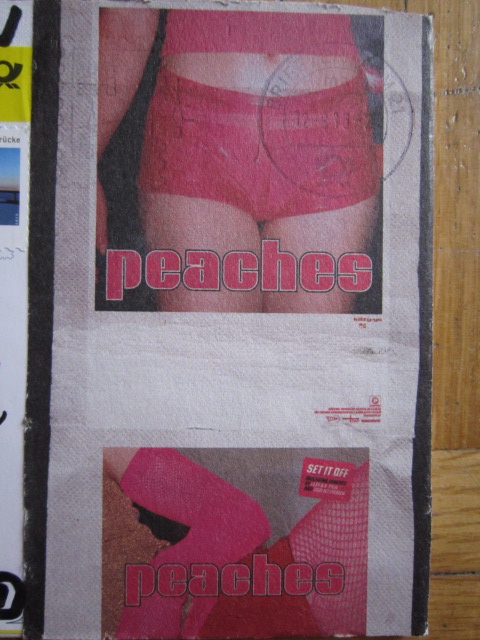 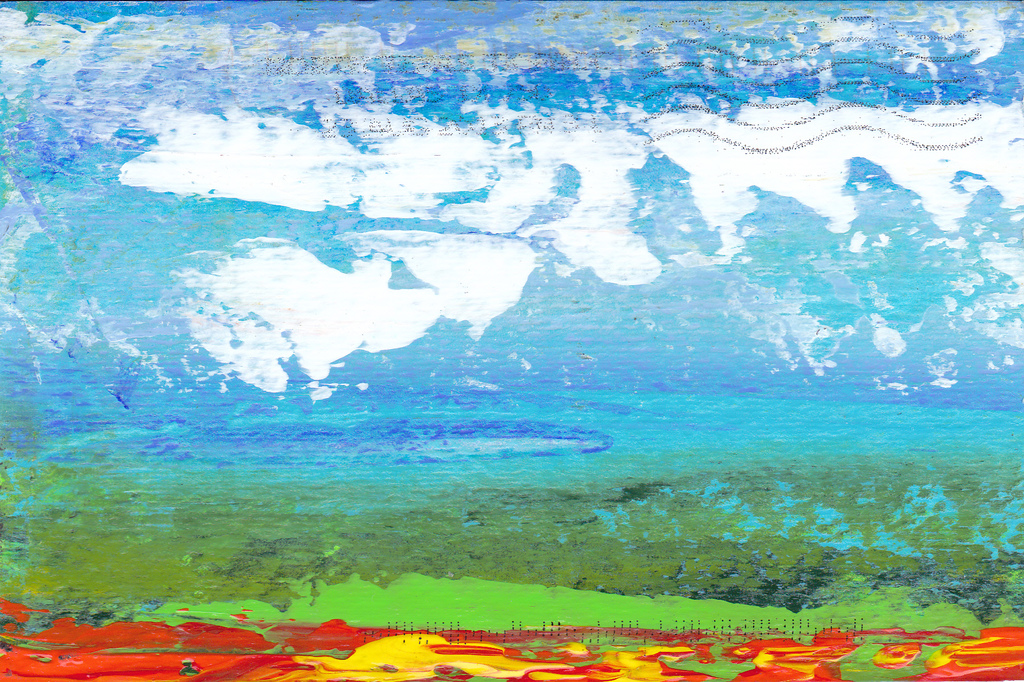 To blog or not to blog?

Two people let me off the hook recently, telling me that I REALLY didn't need to blog their mail art.  I ignored them.  Do you think I should have? 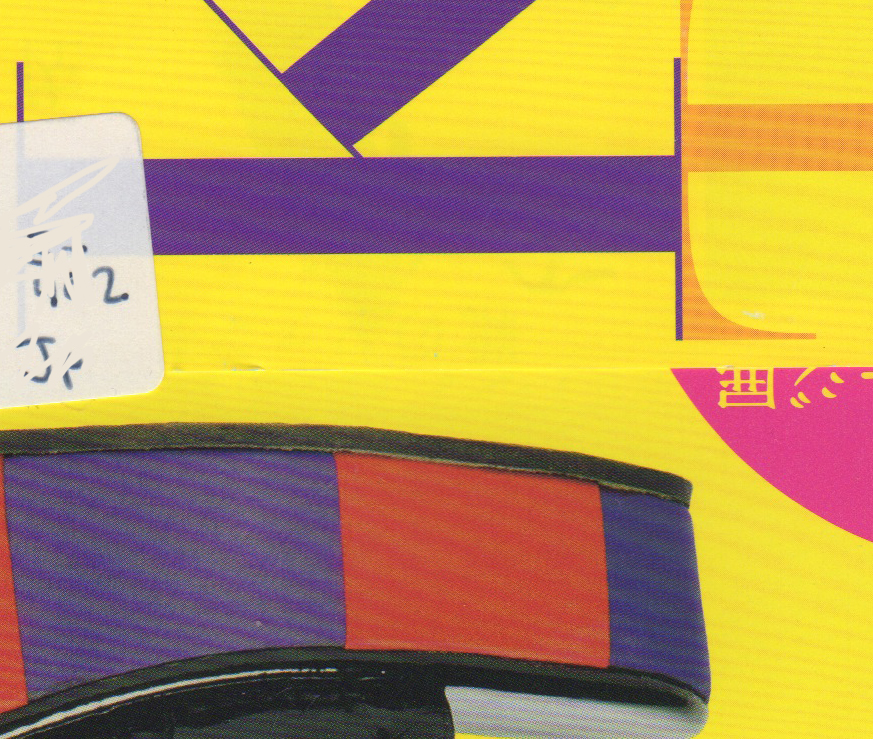 Inside the Demonstrative Catalog 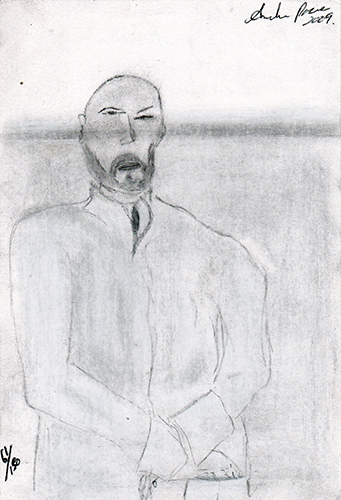 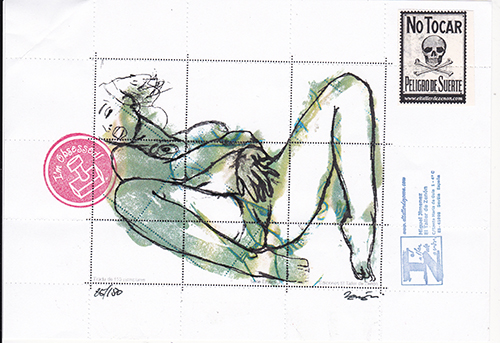 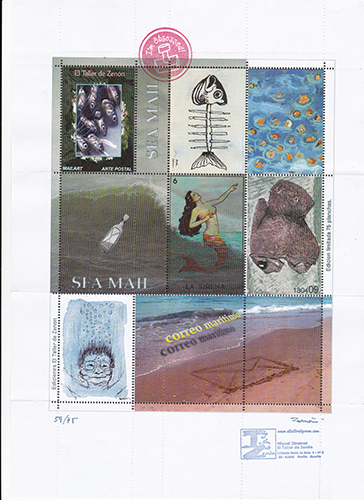 The 8-artist/photogrpaher/sculpture Exhibition opened on Saturday 24 August. Here's what it looked like just before we opened the doors to the thousands of fans who had been camping outside overnight and were clammering to get in. Well 3 people and a puppy. But more came! People that is.

Two general views of the Galerie to start with, and then the works of the individuals… There's much going on in Ana-Karina's collage, but I can't figure it out, maybe it's got to do with time, I can see a timeline... but that's just me, an incurable "Thing-finder" :)

The collage arrived in a handmade, Florida inspired envelope, with pink neon… Sent to Ramazan Can (Turkey) 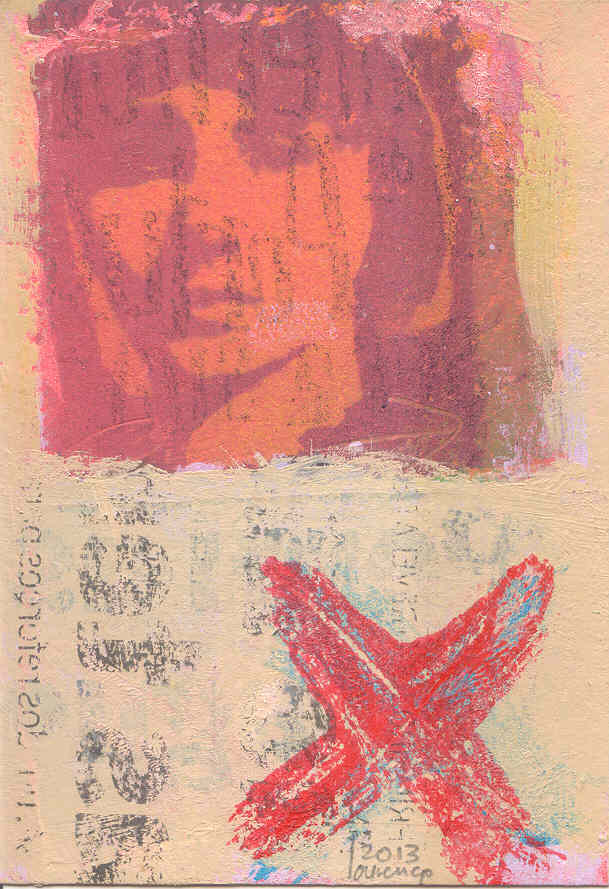 Nadine has a new grandson! CONGRATULATIONS. 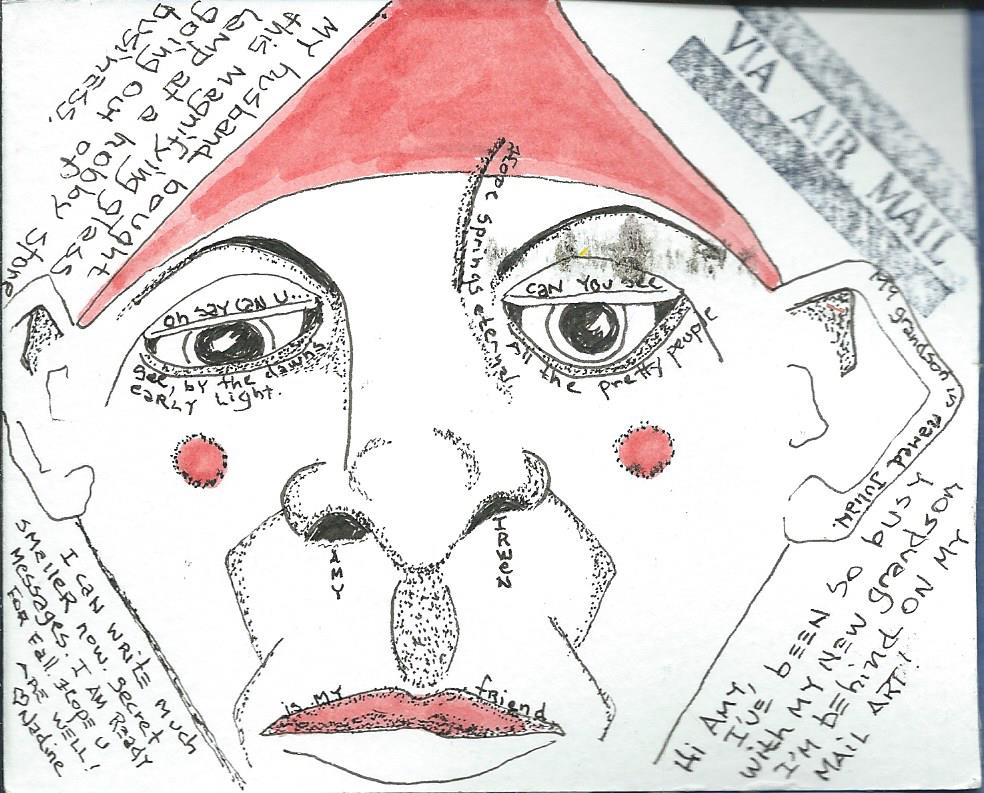 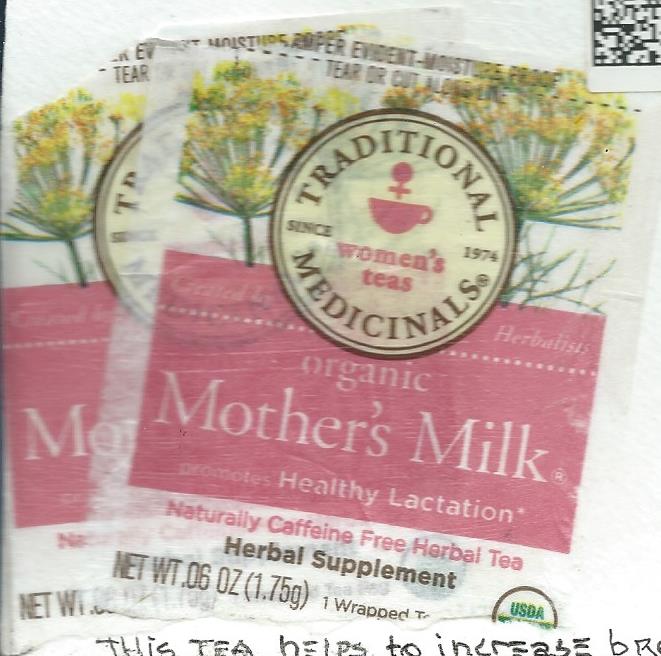 I can't believe there is actually tea for this!!!

So happy for you Nadine...what a joy...and I like that I am the Snot on the characters…

with the mail today a special parcel..... What could it be? It reads "t.a.v. Findings dpt.", and on the backside it indicates that it is a Ruud finding: 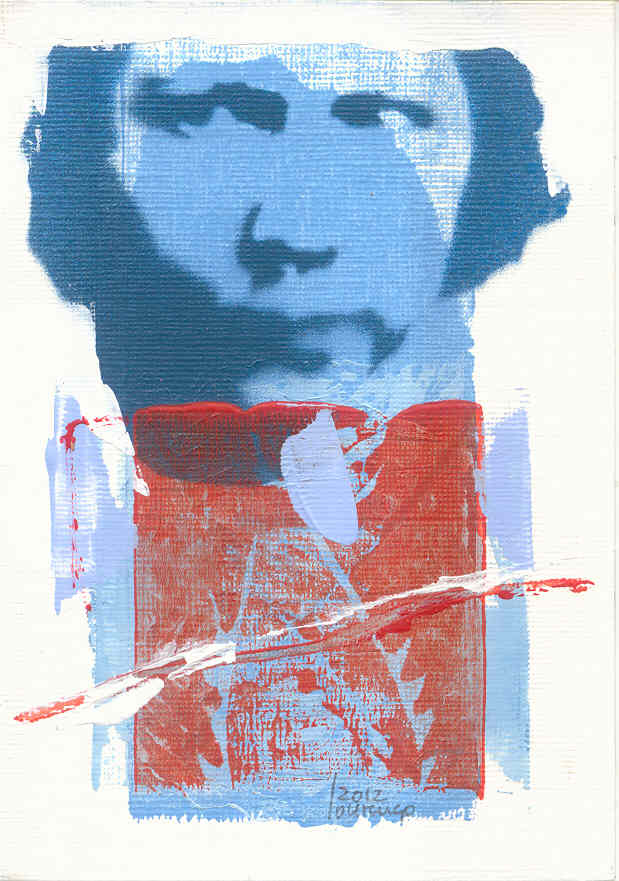 Thank you for the postcard and digital art.  Appreciate it.… 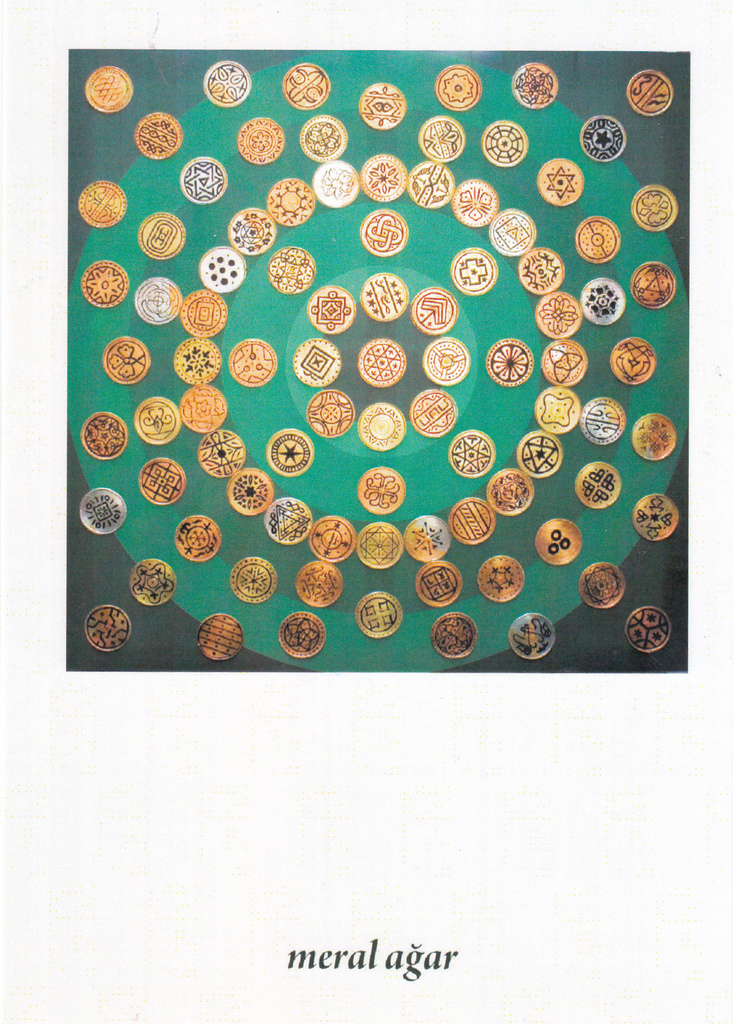 this person follows my blog on tumblr and has reblogged my art more than a few times. after the second time, i started to browse around her blog to investigate. it turned out to be, well look at the name on the corner of envelope. i started clicking some links and found an address for her work. sent her some mail art. then sent her another piece about a year later. having gained her trust, i asked her a few weeks ago to send me some cardboard waste and i would deface it and return it to her.…