July 3, 2014 - Although currently not active on the IUOMA-Ning platform, many members will remember, no doubt with fondness, Lisa Iversen aka… 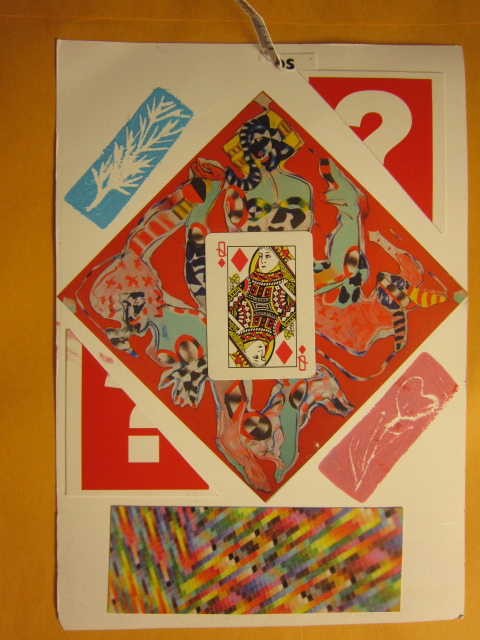 This is from Val, who is not really French, but lives in Sigean, France. 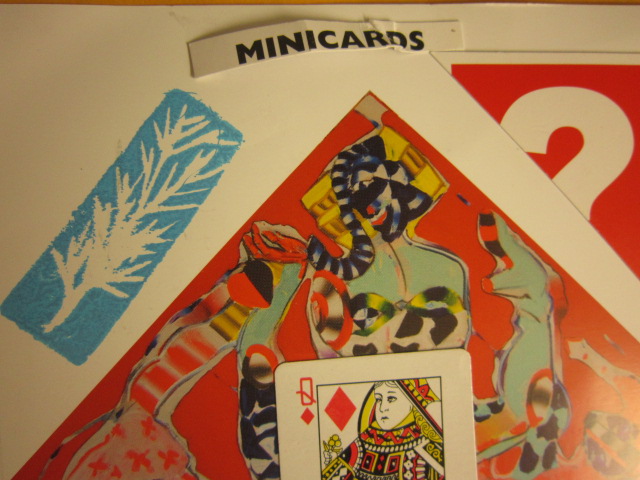 He is NOT the #1000 blog, yet, but maybe he will send something for next week's

mail pick up, ya never know. Artist In Seine is not French, but he does live in Paris, France, La Poste, the French postal service, has done what I have been telling InSeine to…

Raphael 'L: Who Wins The Race An interesting double sided bit of eco-politique. On one side the ever-popular children's illustration: "who is the fastest animal?" to which Raphael has added a new entrant: Climate Change Refugee, dead last. Observing all this, clipboard in hand, a corporate lackey trying to either monetize or weaponize some kidney stone of information they've extracted from…

A beautiful lady from Chicago

Yesterday I received this beautiful lady and her dog. She is waiting for her tan appointment. Her dog is sleepy, but also quit alert. And what is she thinking about.......... Thank you Shellie Lewis. I love it! 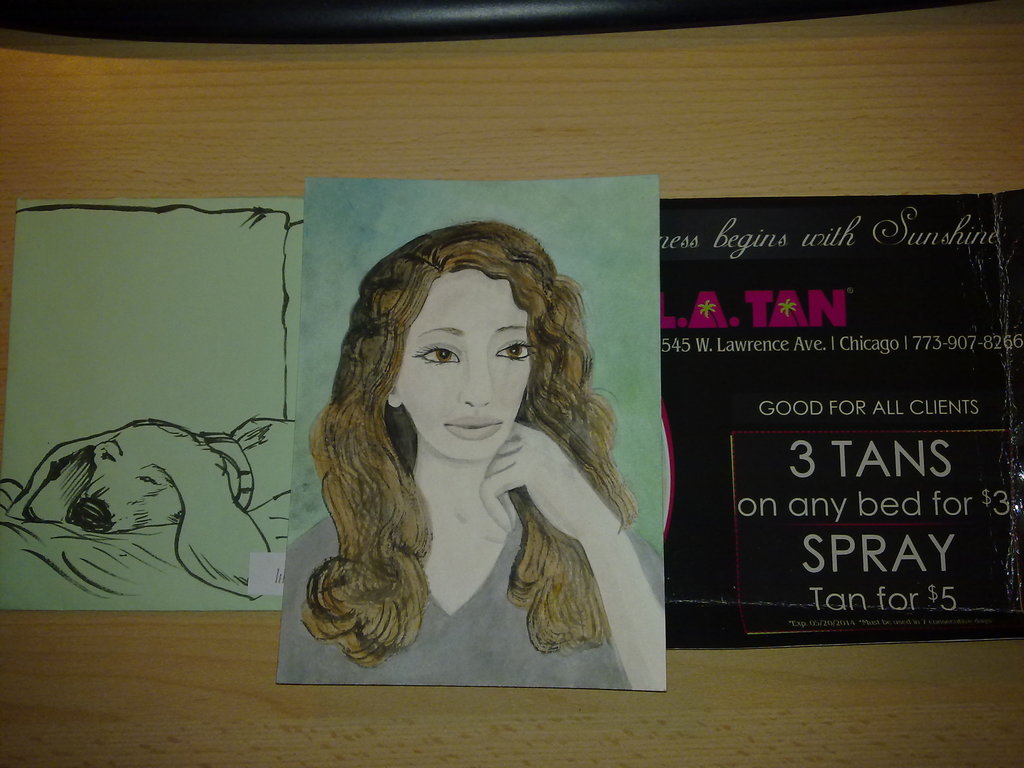 Love Is a pop-up card from Jay. July 2, 2014 - This is only the second installment I have received from Ryosuke Cohen’s legendary Braincell project. Many Eternal Networkers are near-fanatical followers and…

Something "fishy" from the Haptic Werewolf A rather large-cannot-fit-in-the-mailbox packet arrived from Hamburg. 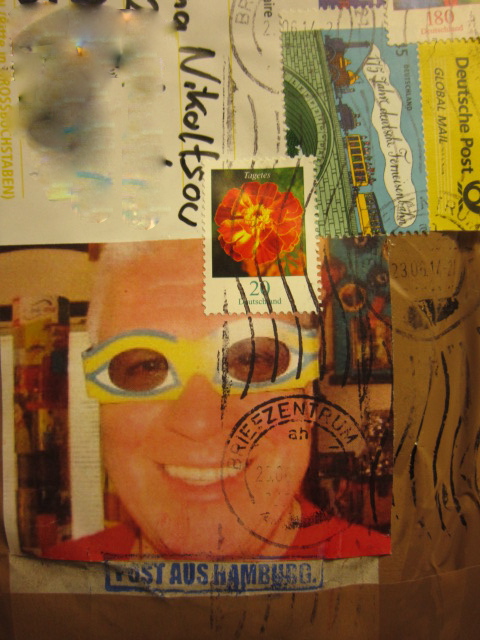 Always view the exterior before the interior :-) Yep, he's the Man-of-Hamburg!…

The art of Ray Johnson was rooted in his constant practice of correspondence. He dispersed a copious amount of collages and other printed matter through the mail to friends and colleagues. The Museum of Modern Art Library received materials in the mail from Ray Johnson from the 1950s until his death in 1995. This exhibition focuses on Johnson’s early printed materials,… 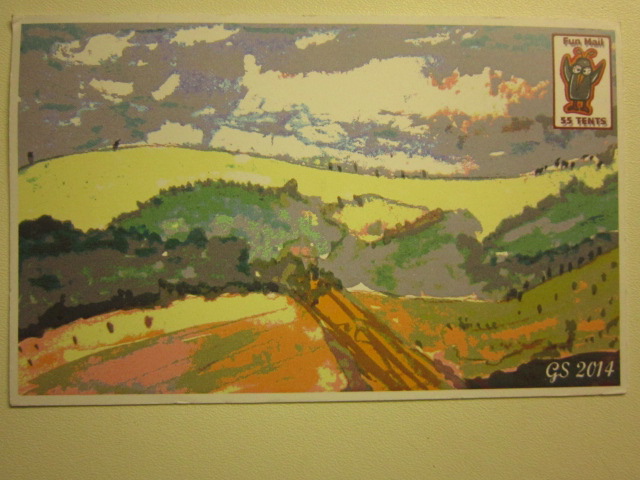 This lovely card was in my mail box as I went into the hot city for mail pick up. ArtTower always sends fantastic cards, and this one has a new turtle image:…

This is a unique card from Erica, as it is a vintage index file card! 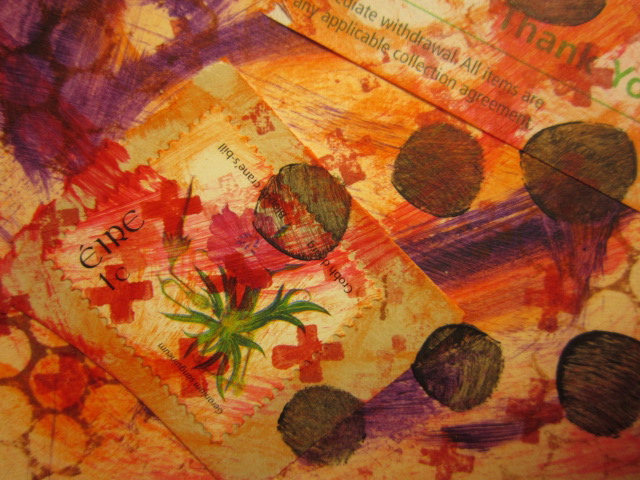 full of print stampings, too...… Dear Mail Art Participants! The postcards sent to the international mail art exhibition to the topic 1914 are available in the homepage of the János Sziveri Institute: http://sziveriintezet.hu/1-9-1-4/. Some postcards haven't been uploaded yet because of technical reasons. Thank you for cooperation. Let's stay in touch in the future! Sziveri Institute 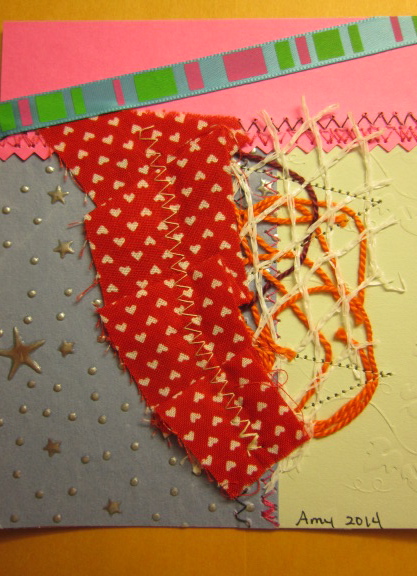 Nothing in the Irwen house is thrown in the garbage... if it can be reused-recycled-revitalized into mail art! More PINK! 'Love it!

Amy's envelope is created from a 100% recyclable baggie, too:…

Handmade envelope from Heleen in Holland or Chios? 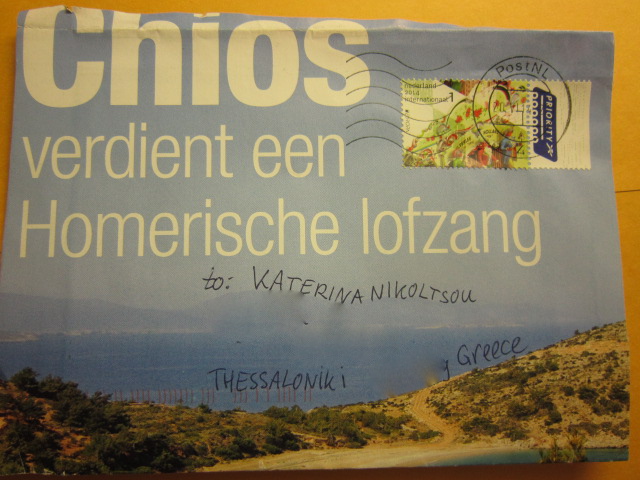 Heleen also takes a page from a magazine and cretaes an envelope with-a-story. 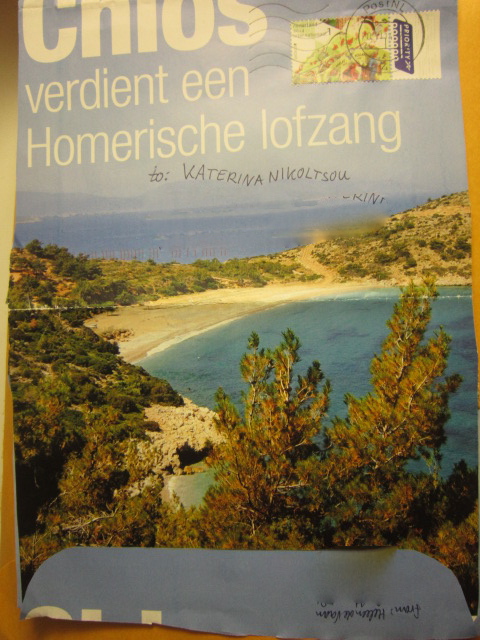 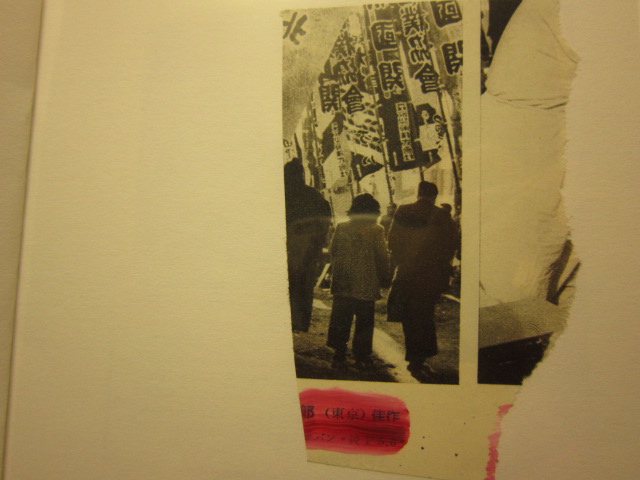 Katerina and Nancy: A Forced Collaboration In this corner wearing the blue and white of her native Greece, Katerina Nikoltsou. And in that corner Nancy Bell Scott and her Big Hair of Yesteryear. Let's put them into the Blog-o-Matic Blender and turn it up to 7. 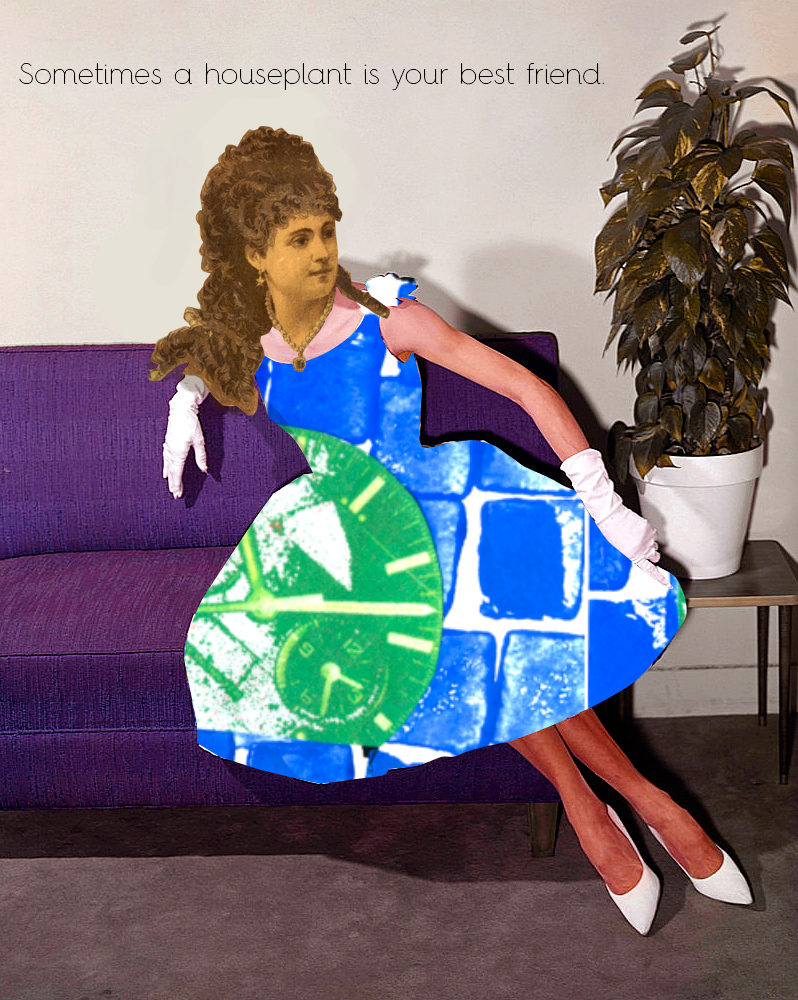 Voila! Not too bad for…

Dean aka Our Man in Sienna or Mantua or Pantua Dean's latest is all of a piece with this trend I've noticed: Classical Revivalism. (Based on a statistical sample of two). Parenthetical expressions may reflect the opinions of others. Authorial voice resumes here: Yes, but look at the other example: Indiana Roger's History of Art as expressed through the shape of a curvilinear phallus. (It…