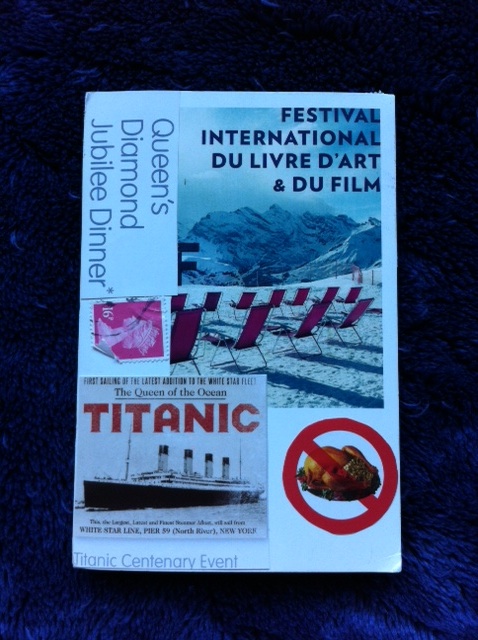 Interesting postcard from Val! Filmfestival on the ice, a famous ship that went down after an encounter with an iceberg, a belated invitation to the Queen's Diamond Jubilee Dinner (stuffed turkeys not allowed)... sparkling collage that gets my imagination working. Thank you,… 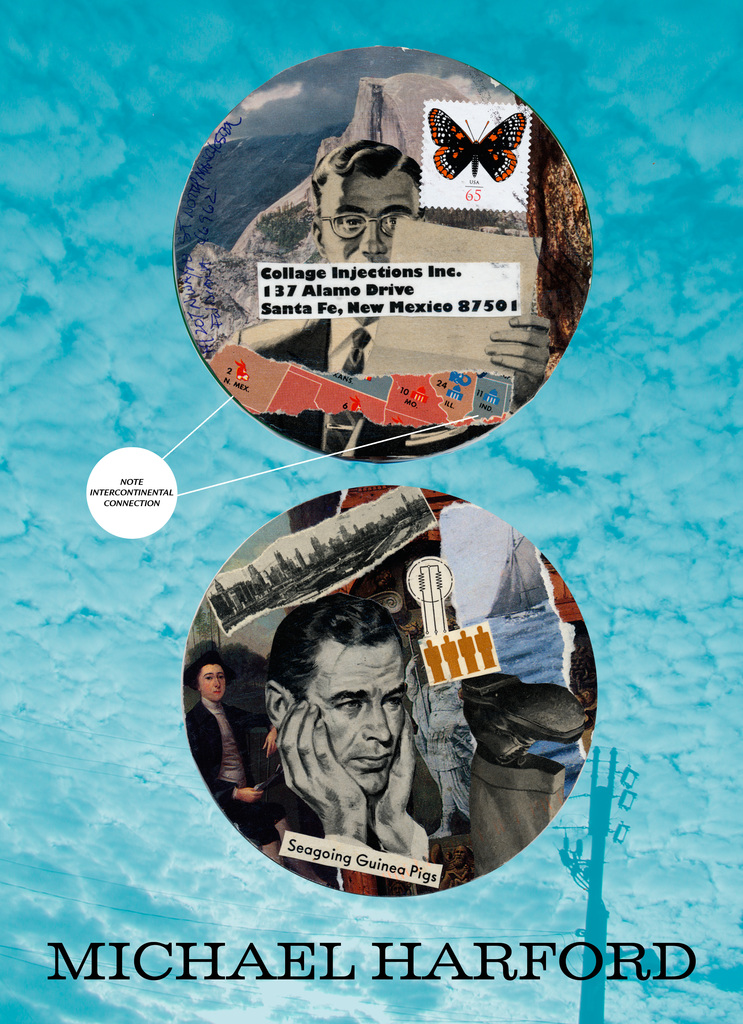 Michael and I have been exchanging music and various other things and he always manages to include some mail art in his packaging but the CD was first art-only project. And, as it turns out the first CD he's sent through the mail which came through without incident or cancellation. He's make good use of some of them old Time mags ads when men always wore suits and came equipped…

Dean Marks vs the Queen of England The story I'm telling myself is: I haven't blogged this before because I was waiting for the spectacular Olympic opening to give it a little extra push for relevance. That's my story. For those of you who did not see the four hour over the top extravaganza (all three of you) it's worth a youtubation to see the Queen parachute into the stadium, her dour smile as…

Nadine Wendell Mojica and the Oxnard MoMA of Many Wonders 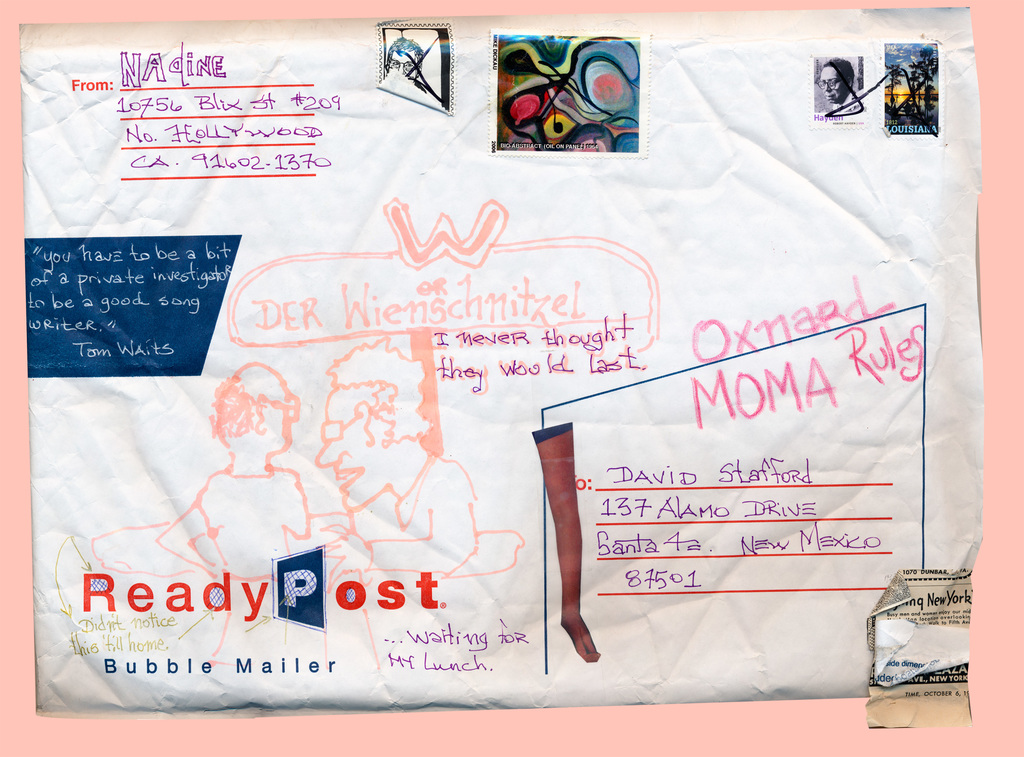 Things are picking up at the Oxnard MoMA where Nadine Wendell Mojica is Staff Historian when she is not in a self-induced coma. Luckily, as a resident of the Bautista Assisted Living Facility I get the newsletter which is packed with info. The envelope isn't too shabby either....Lots to chew on here and...…

Isle of Joy from Bifidus, USA 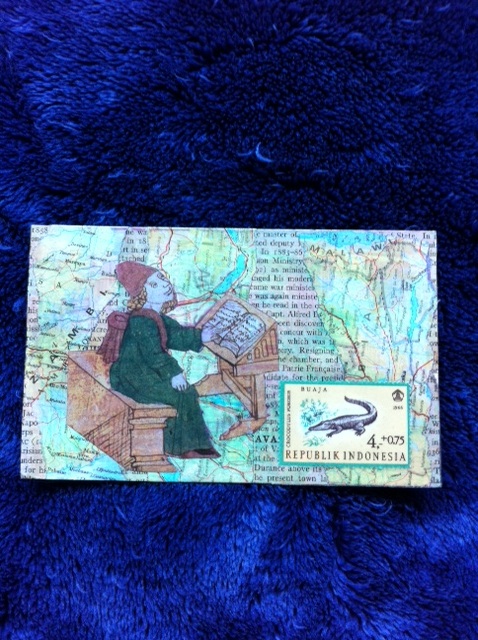 Global Mail Art from Bifidus. Stamps from Indonesia and USA, fragments of maps from Afrika and my guess is, the monk is from Ireland or Great Britain? Beautiful composition. Thank you, Bifidus. 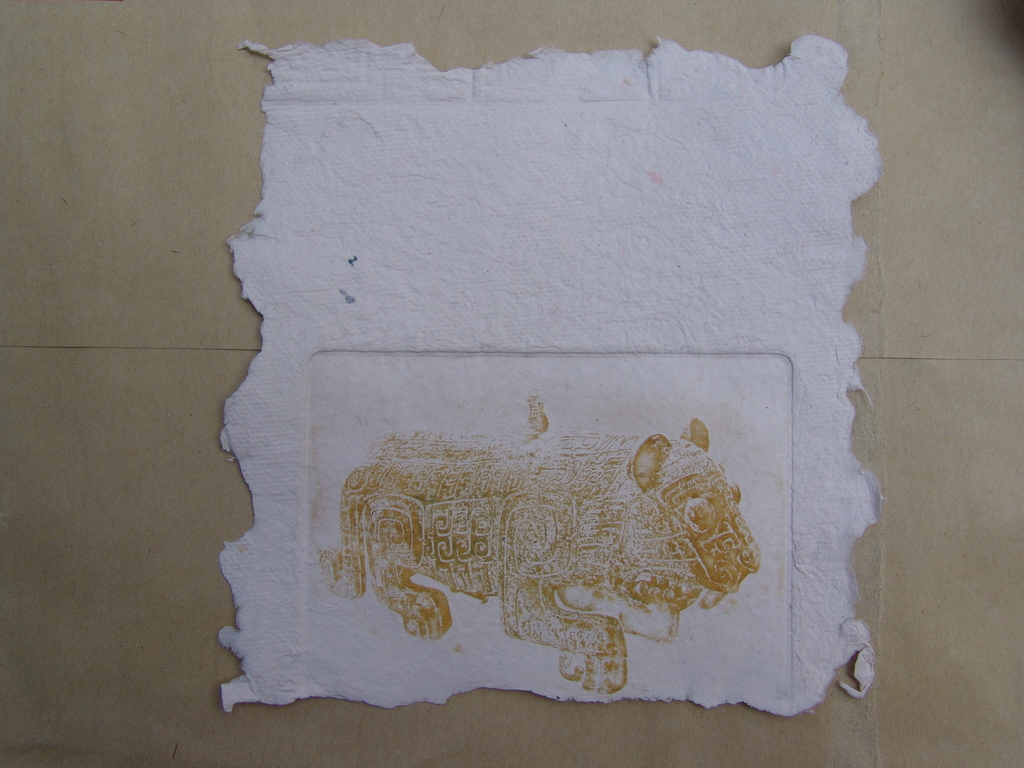 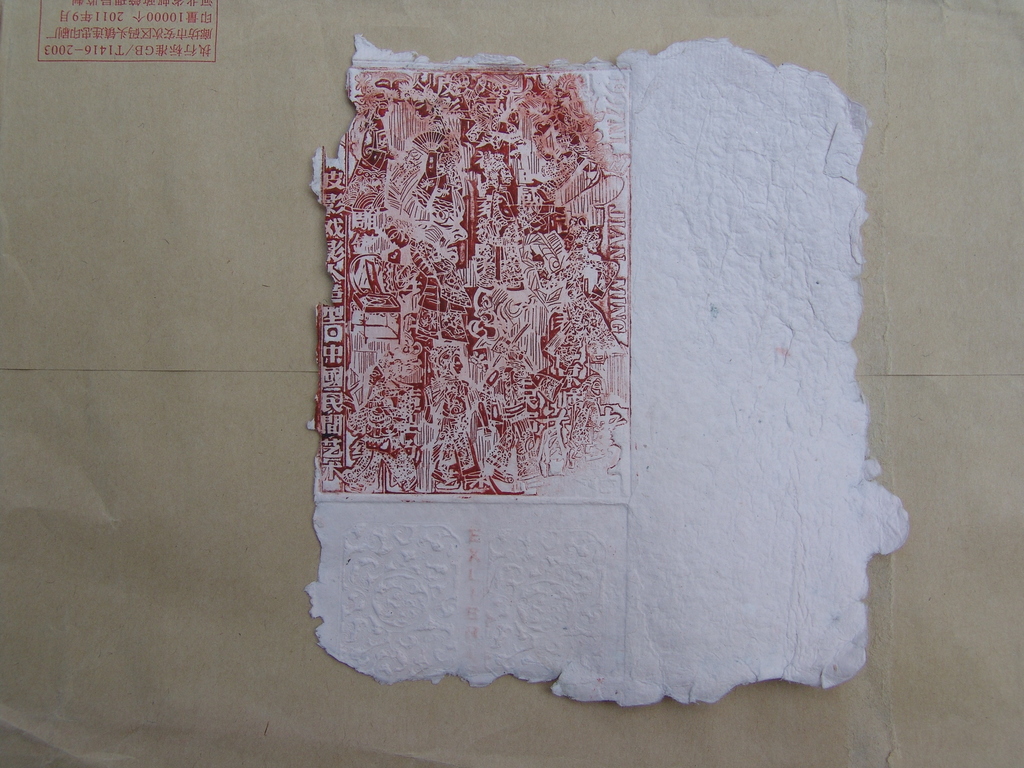 will he suck all the wrong milk Ach, I forget the stellar envelope!:… 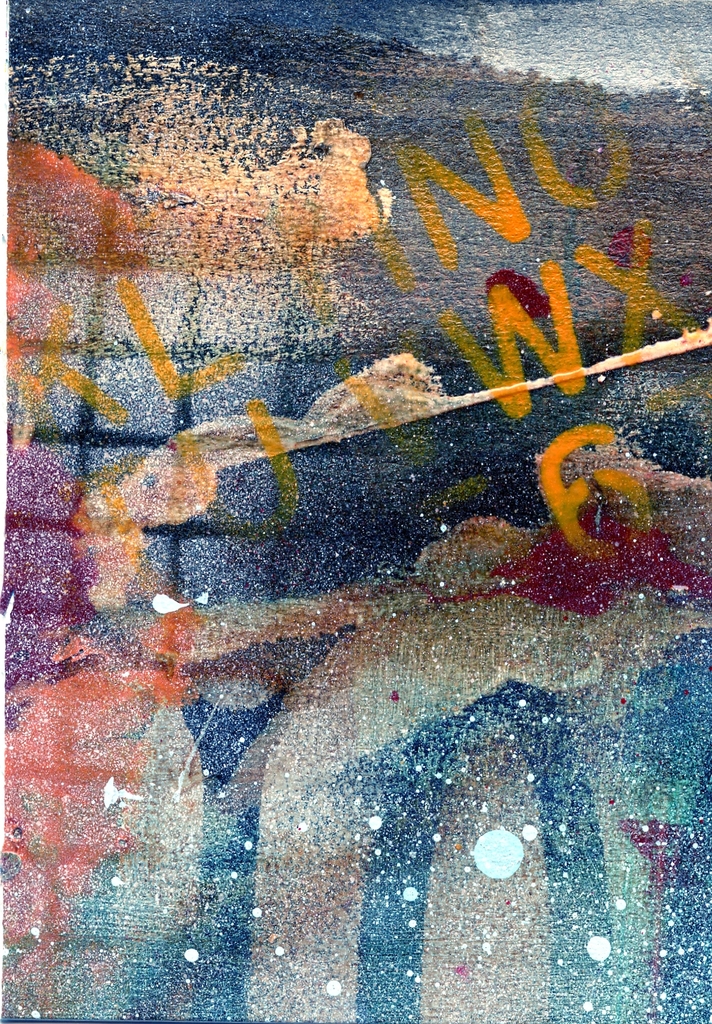 "Kilometers of Sky Scraping". You gotta love that, and "The filtering paper glass". Another great line. Cheryl's cryptic work is at once beautiful,… 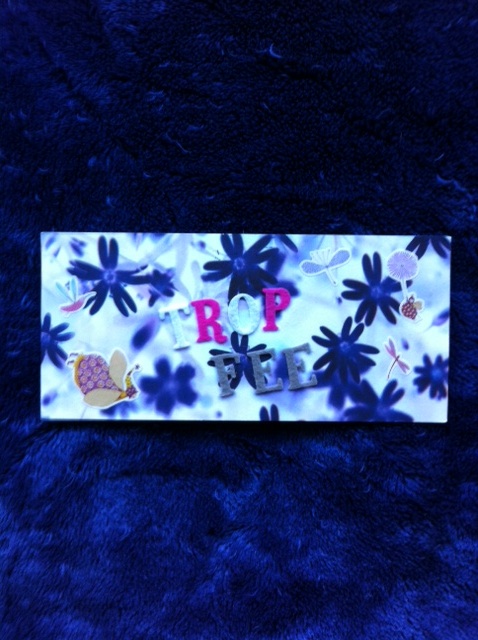 Pucelilina sent me this colourful composition with felt letters and nice message. And I will receive more Mail Art from her soon ;)) Her dad liked my painted postcard very much, so on Pucelilina's special request I sent him one as well. Mail Art really makes me and others smile! Thank you…

Thom Courcelle: Trashpo book Part I - Transpo in Seattle - The start of something big from Thom

The start of a long voyage with Thom begins here.  Fly into Seattle and you'll never want to leave after reading this Trashpo book. And you are ever so right, Beware of ferries that offer you a ride in their car.  Yell, "Danger stranger"  Except for Dame Mailarta in Victoria.…

Thom Courcelle: Trashpo book Part II - Transpo in Seattle - The start of something big from Thom

And the story continues over water.

I'm sure everyone has a Canoe story.  Some should never be mentioned in a Trashpo book.  Yes, there are limits to Trashpo. Sail away for 7 days. Ah now you're talking.  The best way to…

Thom Courcelle: Trashpo book Part III - Transpo in Seattle - The start of something big from Thom

The Car, where would we be without it now.  So open says me. At last the car.  At one time it was "The great American dream" to own a car. The last page and sign off, but wait there is more.  Bits that have fallen out of the Trashpo… 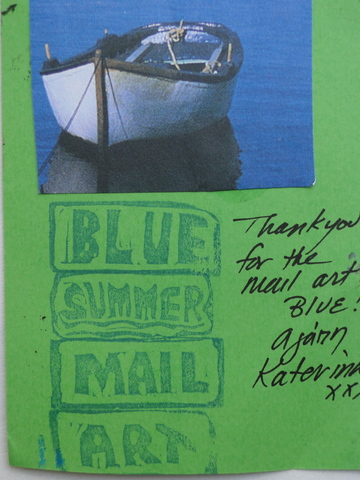 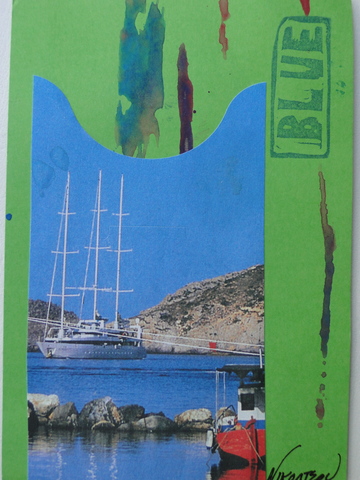 Heinz Gruenwald had to tell me that due to a budget shortfall my (clandestine) application for a SWMAI was rejected :-(( I can not really understand where the priorities of the chamber of commerce were set, - but I think I have to accept it. (And who is Heinz Gruenwald?? A new mail art friend?? supergreat, I'm still laughing here)… 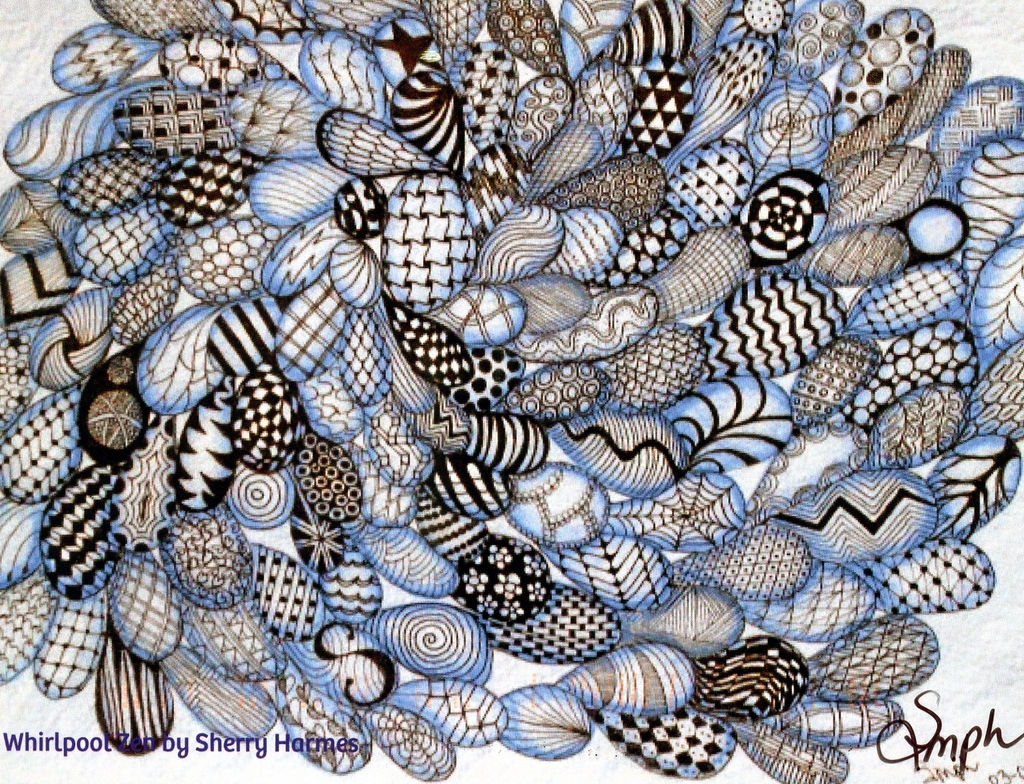 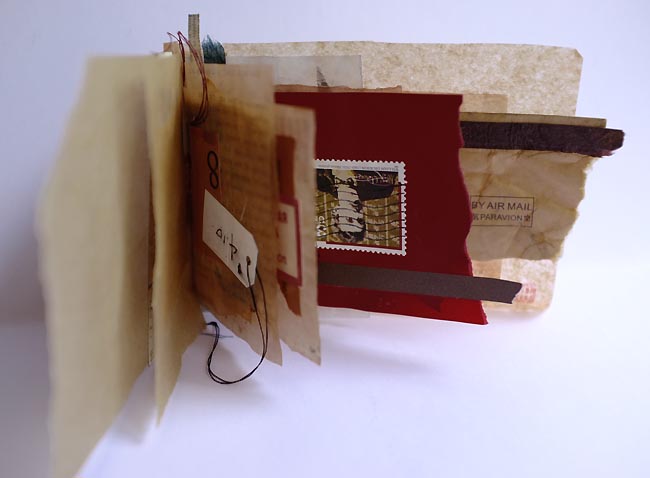 A wonderful parcel from Claire, who always puts a part of her heart in the work!

Above two spreads from the trashpo book.… Ooooooh, I have been watching other blogs with ArtTower's MailArt-creatures, hoping I would receive one as well... one day. As I remember, ArtTower was one of the first IUOMA-people to welcome me. Can't believe that was only april. Thank you very much, ArtTower. Very pleased to have your MailArt in my…