May 22, 2014 - TICTAC sent me a package of mail-art that includes her artists book Vertical Thoughts, a remarkable series of her… A beautiful abstract piece from Diane ... the photograph doesn't do it justice because the real thing has an almost batik-like texture. Cristina Blank aka 5 Blanks: What an Angel

Massive painting A4 size from Cristina.  Without a doubt from her Angels & Demons collection.  Very inspiring indeed, and gives me many ideas. (Art ideas) 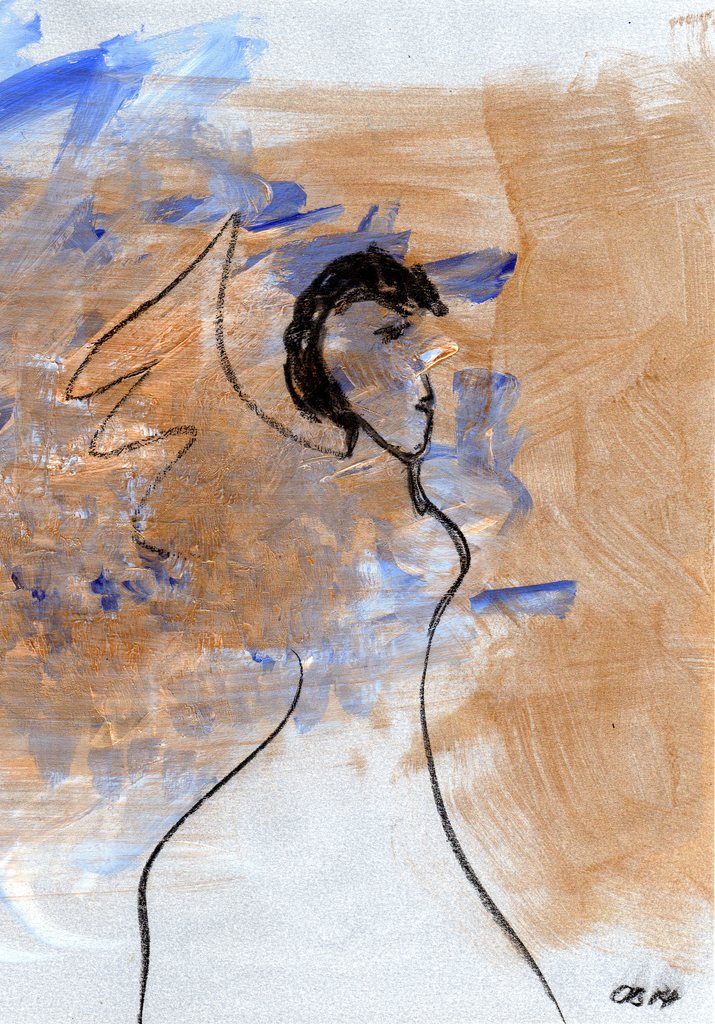 Oops, I have to be careful what I write because Cristina's husband Job reads these blogs. I've sent out a few of these "add and returns" to folks with some connection to NC. Basically I sent out the painted card and the sticker outline of NC. Richard returned it in his perfect, zen style. Although it's one word, I think he isn't speaking from both sides of his mouth...or… May 21, 2014 - In March I shared part of a sheaf of verbal-visual pieces I received from Carlyle Baker (aka Carl Baker, Acme, etc.). Carlyle is well-known in… Metropolitan Museum of Art makes collection available for non-commercial use

Mail Art from... UK and USA First up is mail I received in january, the cat on the envelope gives us a hint on the subject inside.. 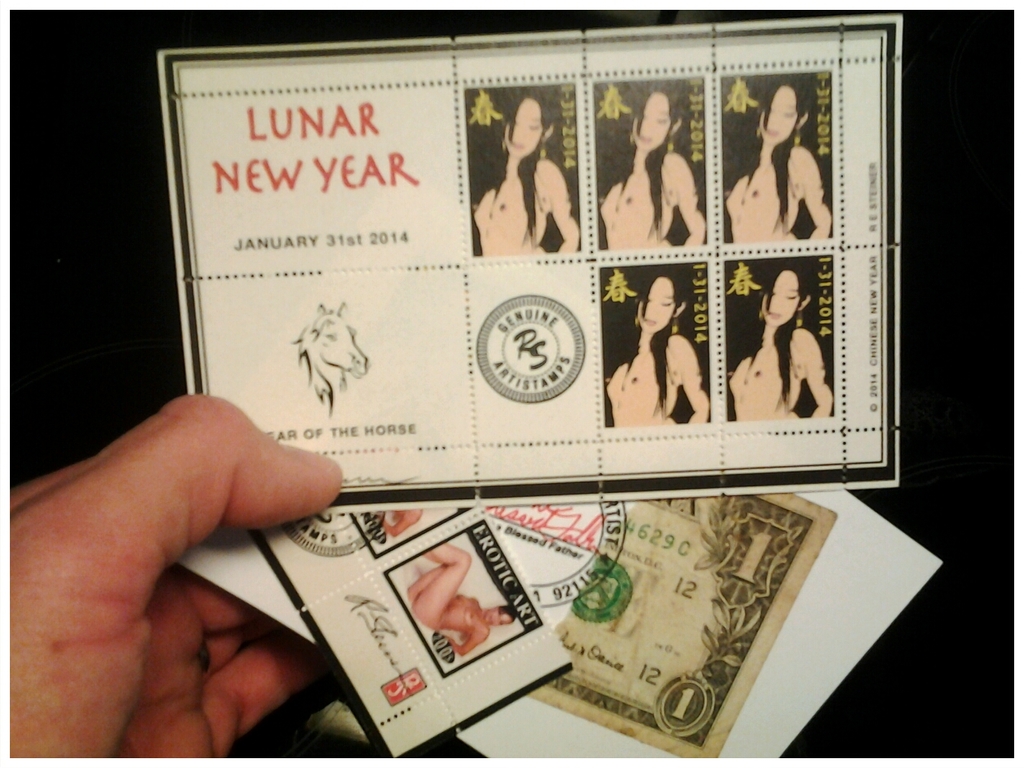 The second envelope contained a collaboration between BF and I. Five different rubber stamps. The custom
declaration only said… I received your very interesting mixed media MA card last week. Like it very much !!! Working on pieces for everyone who sent me MA in last month or so. Best of luck with the show! We where there (in Paris)

Some people asked me where MomKat and I created mail art last month.

Here's the answer. When you stand in front of this building (my favourite building in Paris), and then turn to the right... ... behind that crowd, on the left from the bassin, you can see Momkat and Edmund already sitting waiting (I was late, as usual, this time due to making pictures of…

from Queenie, aka Nadine Mojica

I did make her a killer grilled cheese sandwich when she came to visit. Guess she really liked it. 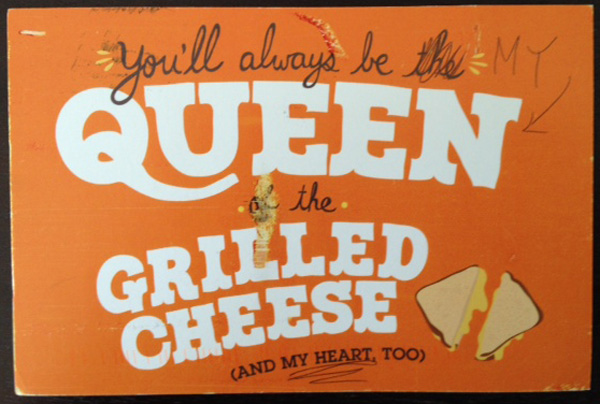 Thanks Jay. The stage is set, and the dialogue begins. Photo doesn't do this piece justice. Dimitra used Graphite and maybe a stencil sine the tiny squares would be nearly impossible to draw. Too bad they show up in this pic. Thanks Dimitra. beautifully painted and collaged, this piece is weighty and wonderful. thanks…

It looks like a few sun rays have entered Finland already.   The whole group is there.   I'm sure you can reconize most of them. 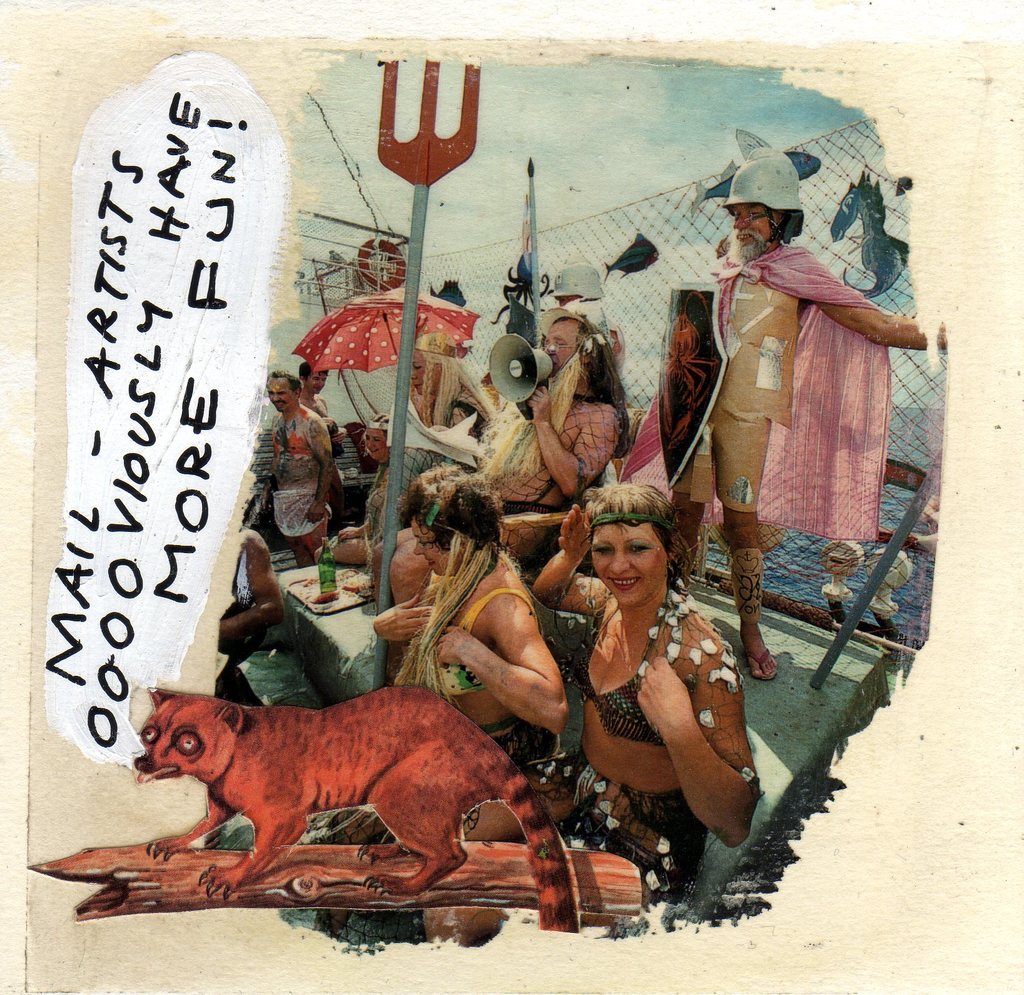 Thank you Carina.  I like Val with the helmet & shield.  And is that Erni with the…