A great collaged card arrived from William. It arrived in perfect condition (I think). 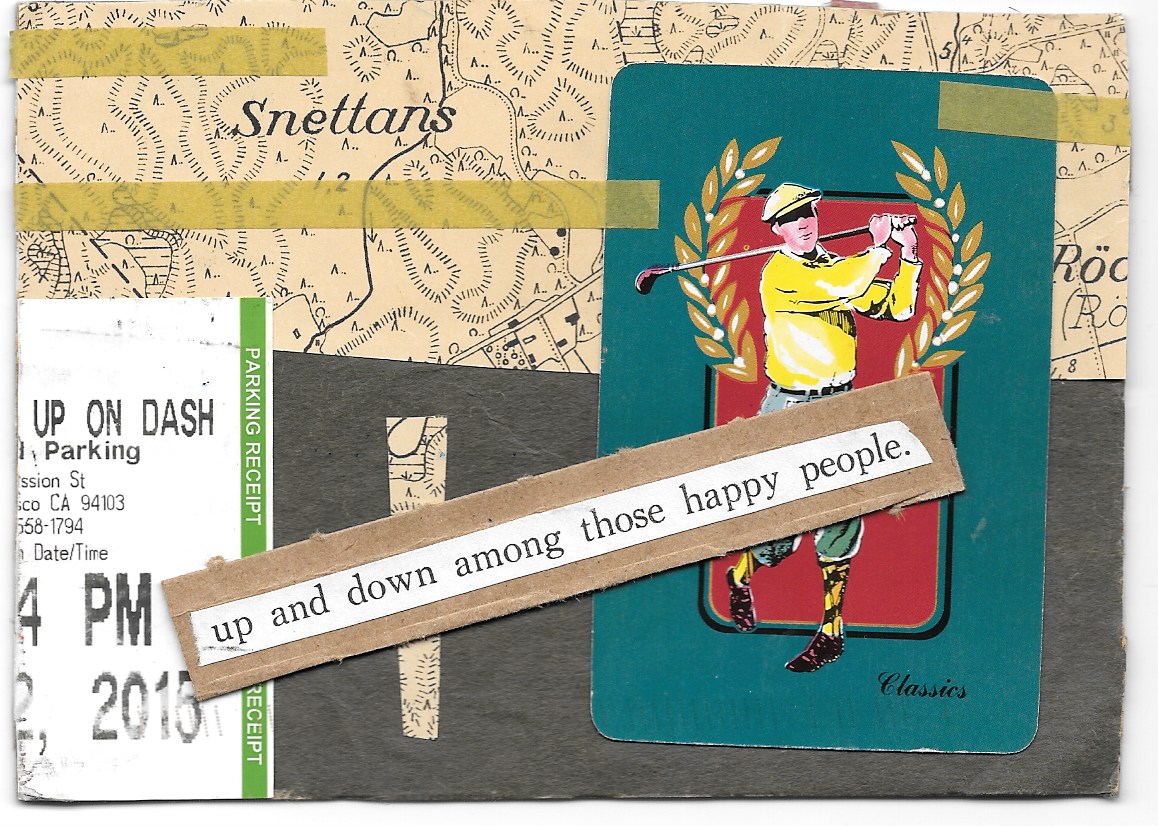 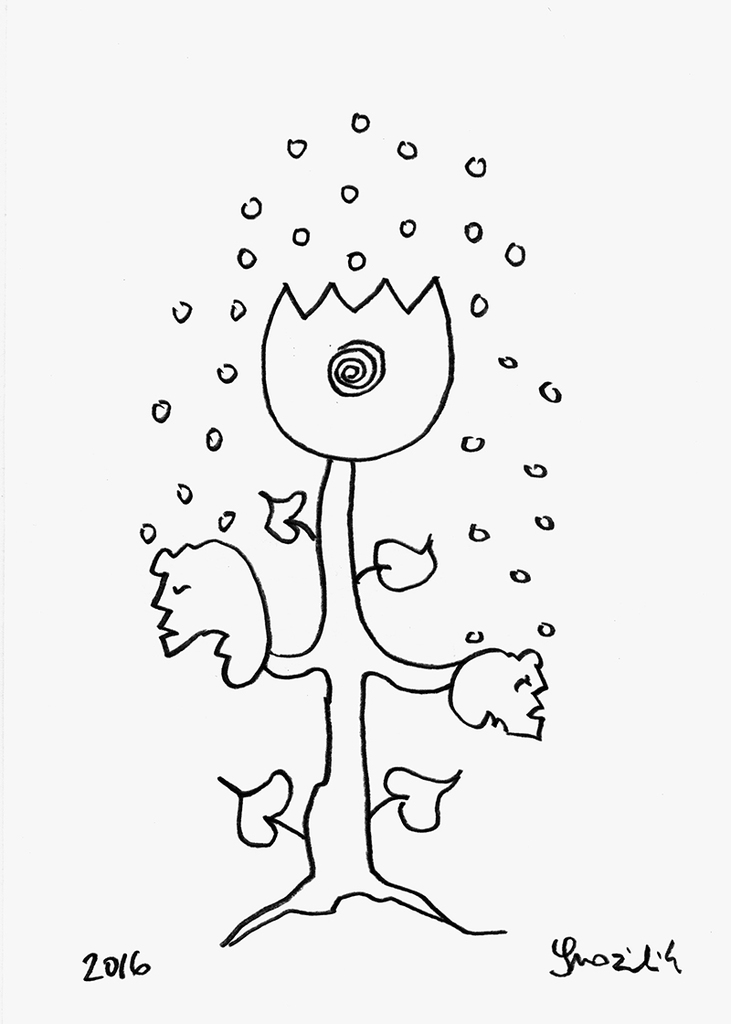 The circus is back in town with this wonderful bit of whimsey from Kathy Barnett. The Man is big, about a foot tall, and his legs and arms move! He's going to live on the fridge for a while, next to the two-headed skeleton she sent earlier. The tent envelope is quite nice, too!… MomKat's banana mail arrived right on time (early, actually, but I waited). My favorite part is the Banana Phone stamp! Now THAT'S absurd. (although my father gave me a telephone in the shape of a duck once). If I still had it I'd send it to one of you!… I finally found out what these Minions are all about (thank god for Wikipedia) and now I'm going to watch the movie! Finnbadger sent me a paper towel with Stuart, Kevin, and half of Bob. I LOVE it! Even though it's a "Bounty" paper towel, it's never going to be a "quick picker-upper" in my house! 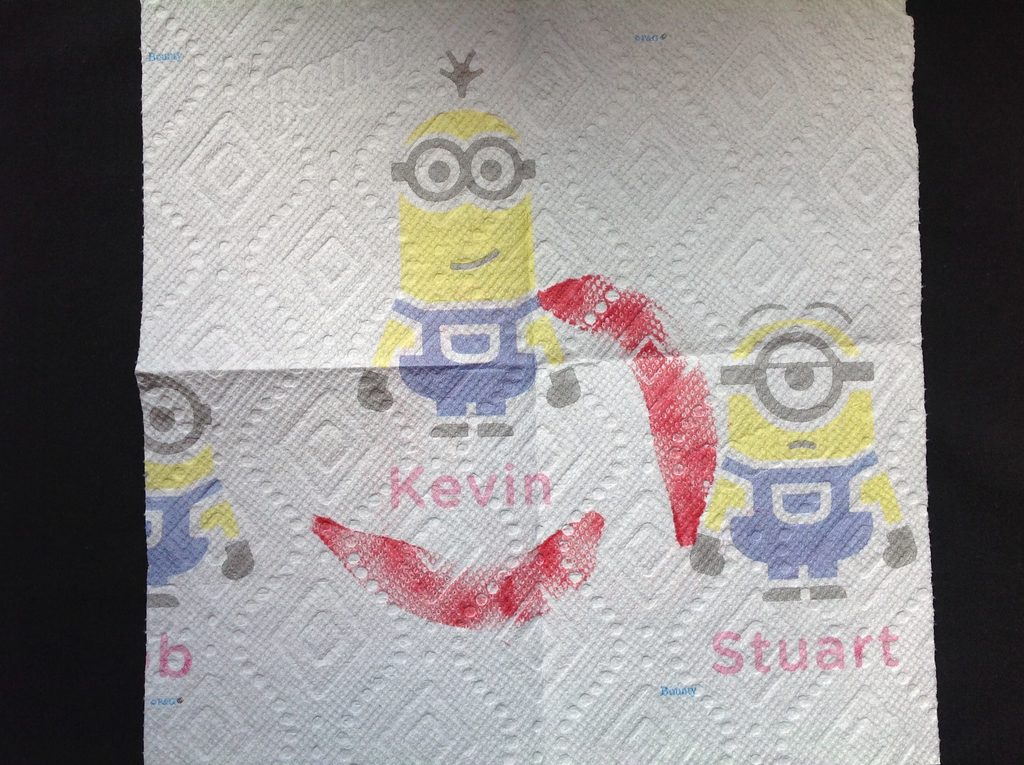 I think this is my first piece by Helle, and I hope it won't be my last! I really love it. I hate to keep harping on "layers" but I guess that technique must be a favorite of mine because this just blows me away. So much to look at in this small piece. So colorful! There are representational "things" to rest your eye on, such as the bird, and then all the lovely chaos! Thanks Helle. Also I like the sort of 'poofiness' of the object. I don't know if the canvas came that way or if Helle… Stripygoose's Banana Bird is so wonderful--what can you say other than it makes me smile! And the envelope has some very nice subtle banana work as well. Thanks Stripy!… I just love the layered abstractions in this PC. It makes you peer into it as if you could see what was beneath the alterations, and then draw your focus back to what Terry's done because it's so cool! Thanks Terry, fellow Oregonian! 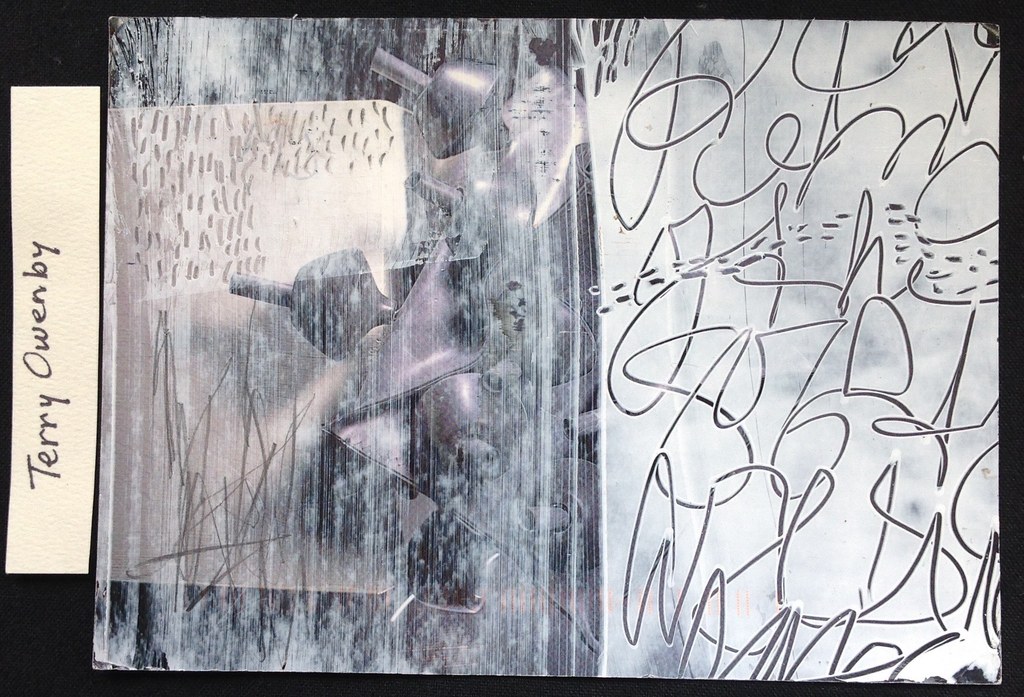 These artistamps are just amazing--Dada indadadeedee! I love them. Thanks Jay! received this unexpected "fan" booklet from Fast Eyes...kept together with small holes punched in the bottom with a brad holding each card secure...you can "fan" them out to see each one individually...…

this gorgeous stamped index card. Allison Anne cuts all her own stamps. April 21, 2016 - The more I protest that I am not Miss Noma, the more mail arrives in my post office box for Miss Noma. This time I have received a letter from…

received these two lovelies a while back, but none the less very special...Both pieces have metallic papers incorporated into the designs... 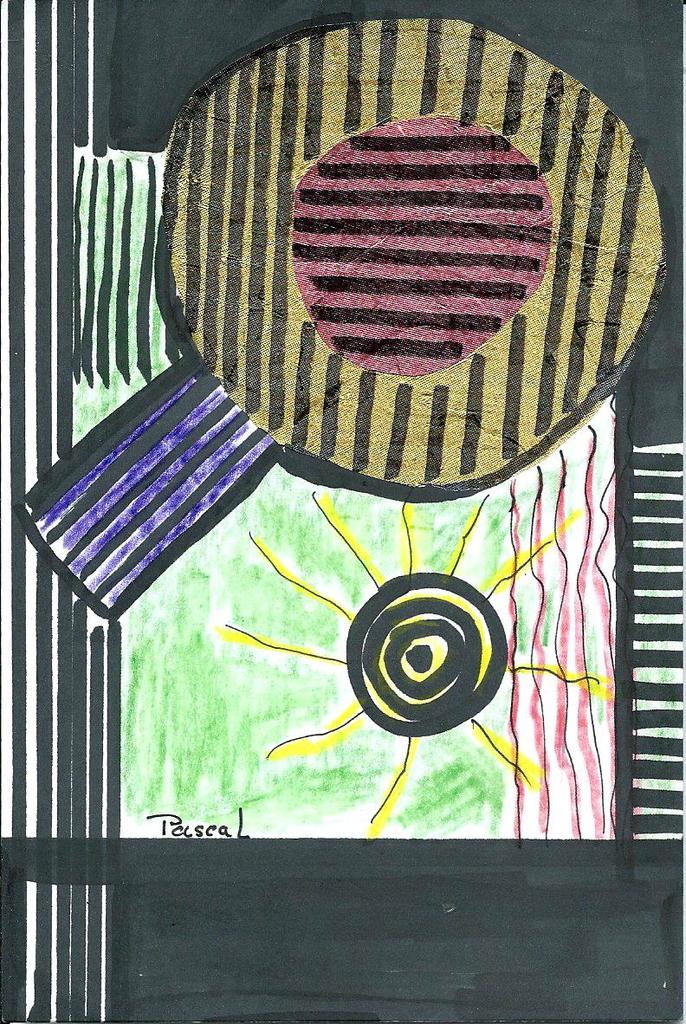 thank you so much Pascal *!* something will be heading your way… 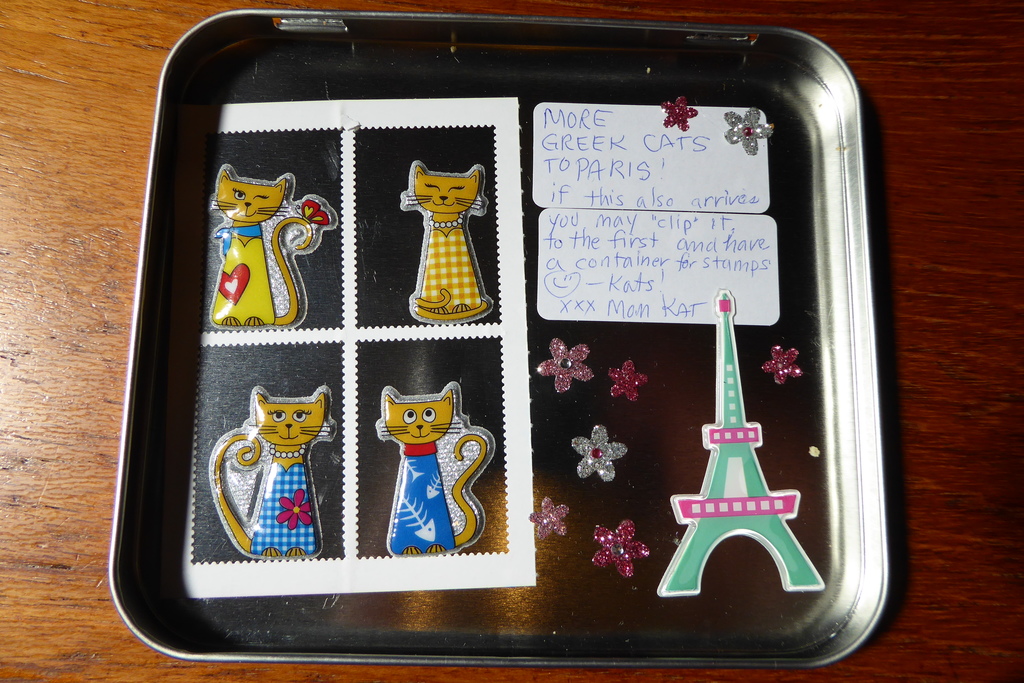 In any case here is the official medal of honour for this special event.  It comes complete with postage stamps so I can send it back to myself the next time I'm in Greece.  That Kats… No I didn't give up hope.  My French Browing Banana arrived today.  This is a brilliant idea.  Sure I saw them yesterday on the banana group blog, but here it is, I have it in my hot little hands while grinning to myself.  "Ha Ha" I laugh. The dog hides under the chair. …

Marie Wintzer: person born before another Hot from the mailbox.  What a honorific teacher that Marie is.  She reminds me of Sister Marie   Sauerkraut my 3rd grade school teacher.  (Yes that was her name, I think she came from Germany after the war.)  Darn, I forgot where I was going with this. 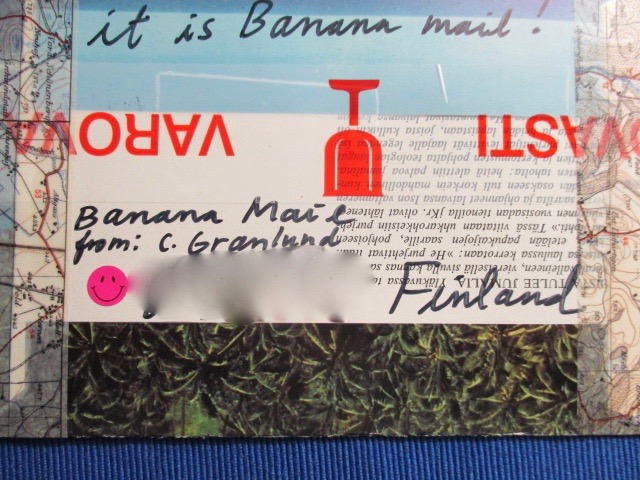 And this was in Greece on time, just no mail delivery yesterday :-(