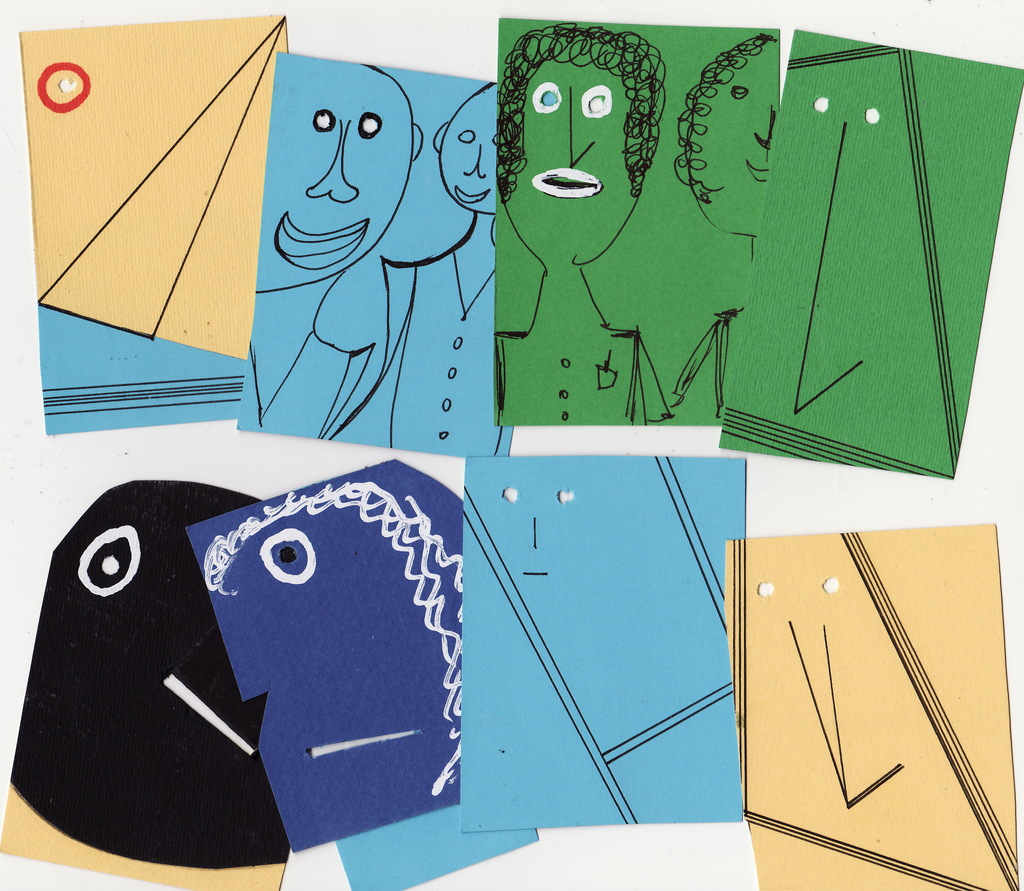 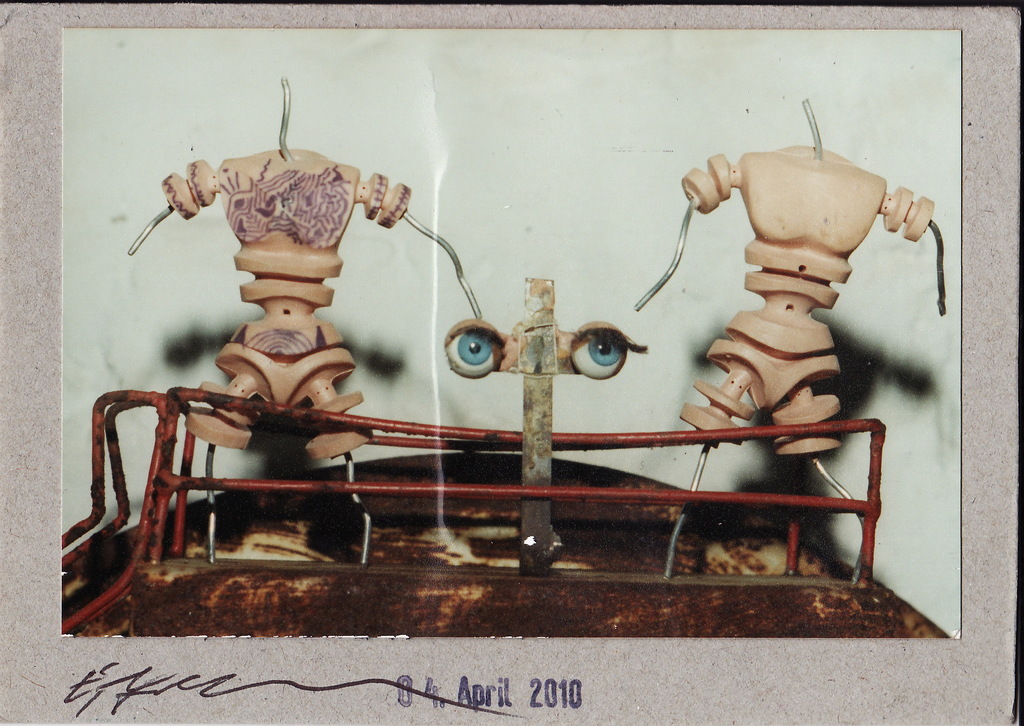 I have been giving this some thought, and I think that mail art might actually be a genre within which the boundaries between art and craft are so blurred that they actually cease to matter/exist at all (stamp-carving - indisputably a craft - is, after all, one of the mainstays of the mail art movement). For example, a piece of cross stitch that has been stamped, addressed and mailed holds just as much weight, in the mail art world, as an oil-painted envelope. This thought makes me happy,… 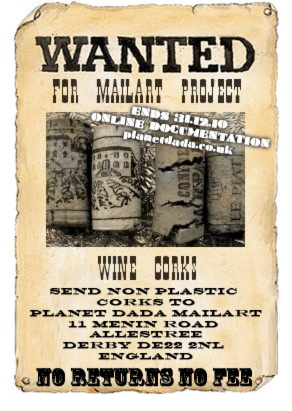 Send your old wine corks (preferably non plastic) to Planet Dada where they will be used to power the AMAZING Interquantum Interstellar STARSHIP Engine and allow another glimpse of that strange and golden planet!

No Returns, No Fees, No Judgmental Remarks ! Project ends 31.12.10 with documentation at planetdada.co.uk so may all my fellow mail…

This is my latest project, beginning April 2010. I will be sending out postcards with one of my own faux postage stamps attached, plus spaces for a gallery of 'additions'. The postcards will travel from person to person, until the gallery is full, and then I will put a zine together from the completed (and probably some MIA) postcards, to document the project.

PM me with your postal address, if you would like to receive one of the postcards, and find out how to receive a FREE copy of…

Going Postal is a new project, started in 2010. I am asking for contributions of postal/mail art-themed ATCs. In return, all participants will receive a free mini-zine, featuring their work, plus 2 more project contributions. The first mini-zine is available here, the second is in preparation, and the 3rd, 4th & 5th will be not too far behind!

This project is an homage to my own obsession for all things postal, combined with curiosity about the different…

This is my oldest mail art (mail craft?) project, although being of a somewhat specialist nature, has not had many entries so far! But it's ongoing, so that's fine :-)

You can find the full details here, on my blog, There's even a download/printable postcard weaving loom template!

Seems like soon the 1000th IUOMA-member will join out group. If he/she leave an address he/she will receive a lovely present from the Union.

I am hoping perhaps some of my Mail Art friends will be interested in this project. I am wishing to join not only letter writing but creative writing. It is artistic in its own right. You can see the Letters of Fiction website for more information on the project. You can also contact me.

My Mailbox Runneth Over!

My mailbox has been gifted with loads of fun and delightful sendings from everywhere! Kris and I have had a ball going through it all. Actually, she's in DC right now, but I post it on my art blog for her to see and participate in the fun! I'm also posting received art to the sidebar there, under the heading "mail art received." Without further ado... What is your favorite quote from a movie? Share it with the rest of us
and illustrate it :)
If you can't decide on an actual quote, you can also share a particular
scene or even make an 'alternative' poster for your favorite movie.
You can also add a short explanation about why this particular
quote/scene/movie is important to you.

Deadline: May 31st
Size and technique free, no fee, no jury, no returns.
Works will… Continue 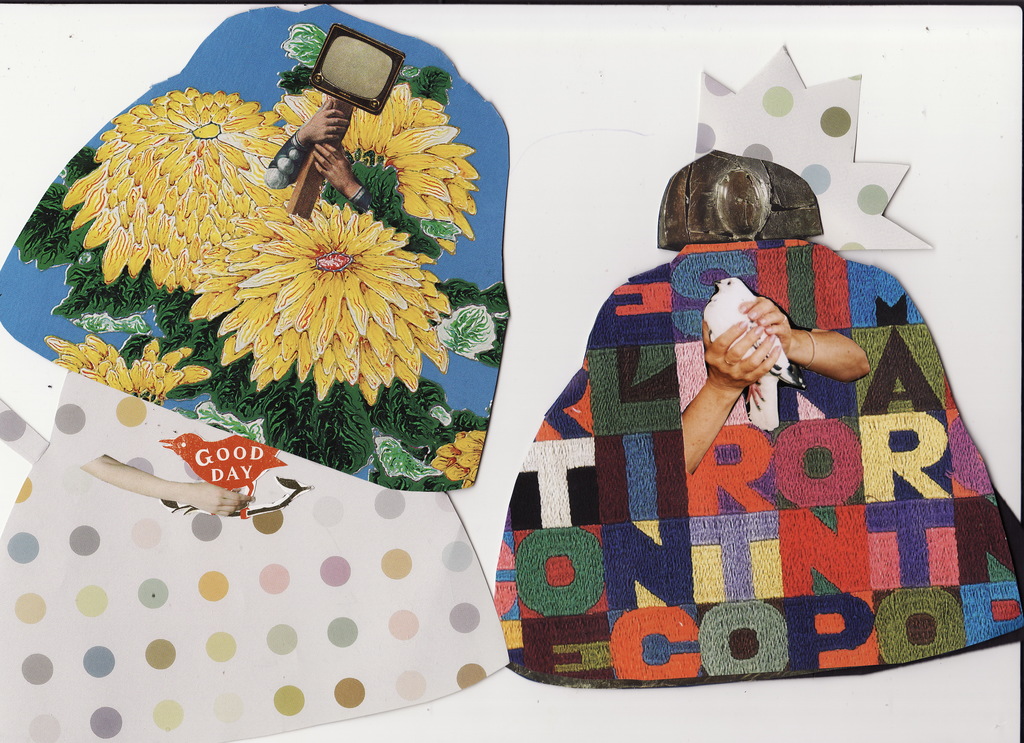 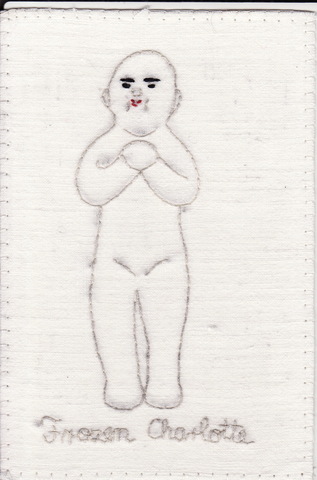 LANAUDIERE is a region located an hour north of Montreal, Quebec, Canada. Every year the literary association presents an event to introduce the local writers and other artists of the word and communication.

This year, CAR is introducing mailart to this event by offering its 3rd mailart show. All received mailart of the past year and from the other two shows will be shown during this event. Also, I will be introducing Circulaire 132, a Quebec-City based mailart zine edited monthly… Continue

Trying to be more active :)

I make most of my posts at my mail blog Birth of a Notion but I want to be more out there in the mail art community too. So i thought I would post a couple things here. My camera sucks but I have started using my scanner :D…