One of my oldest zine ideas (first featured in a now obsolete zine about postcards called PostScript) has been recycled into a new looseleaf zine: The Postcard Recycling Kit. Includes crafty postcard projects as well as postcard labels to upcycle any artwork, waste cardstock, or any other item you choose! More pics & further info…

My first mail from Carl! 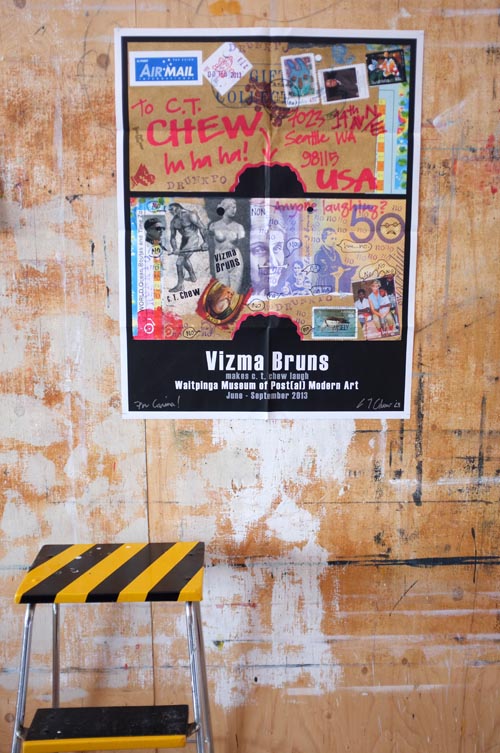 Below, the envelope, full of Carl's beautiful artist stamps. What a treat!… BIG mail from Trick Sensei, love it, so much to look at, just like an A3 Brain Cell!

Next line from BF, 2nd edition of the special artist stamps made for just me, aw shucks, thanks BF! Also some super rubber stampings and bonus stamps, titled 'Giro'.

A tall T from Rebecca, very special to be included in her alphabet letters series.

So good to hear…

We all have Faith in ERN1 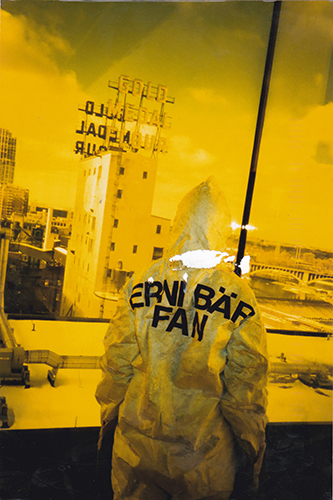 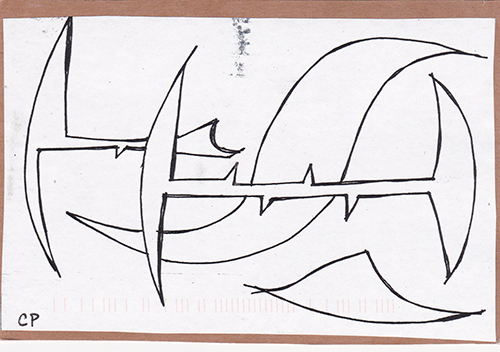 Katerina, many thanks for the sunlight 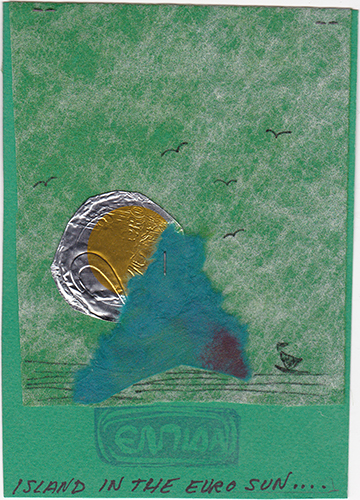 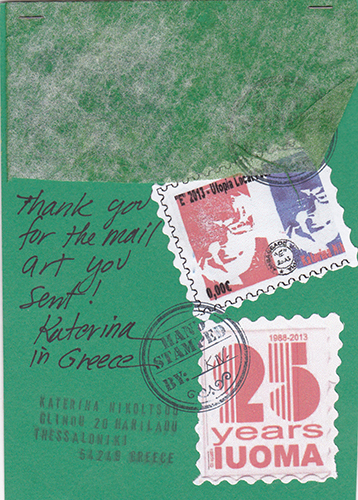 Another amazing drawing by Simon Warren... 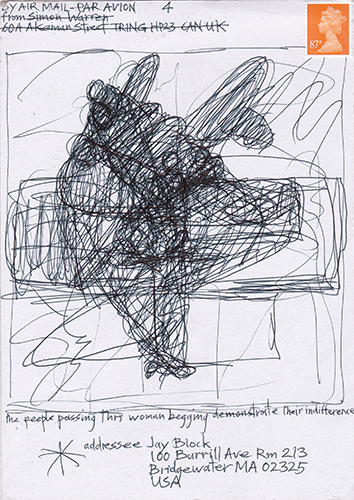 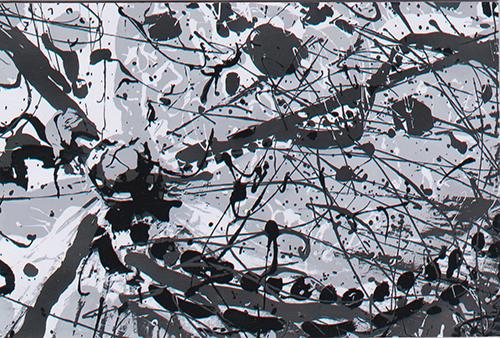 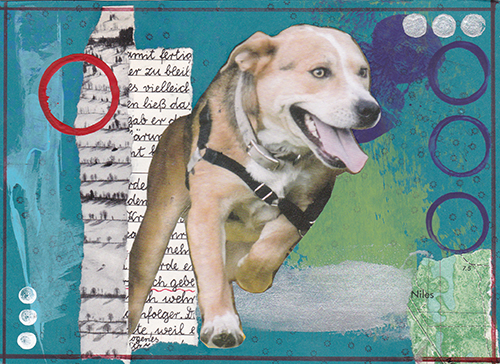 Fun mail from Kendra Carter and a $20 check for salvation 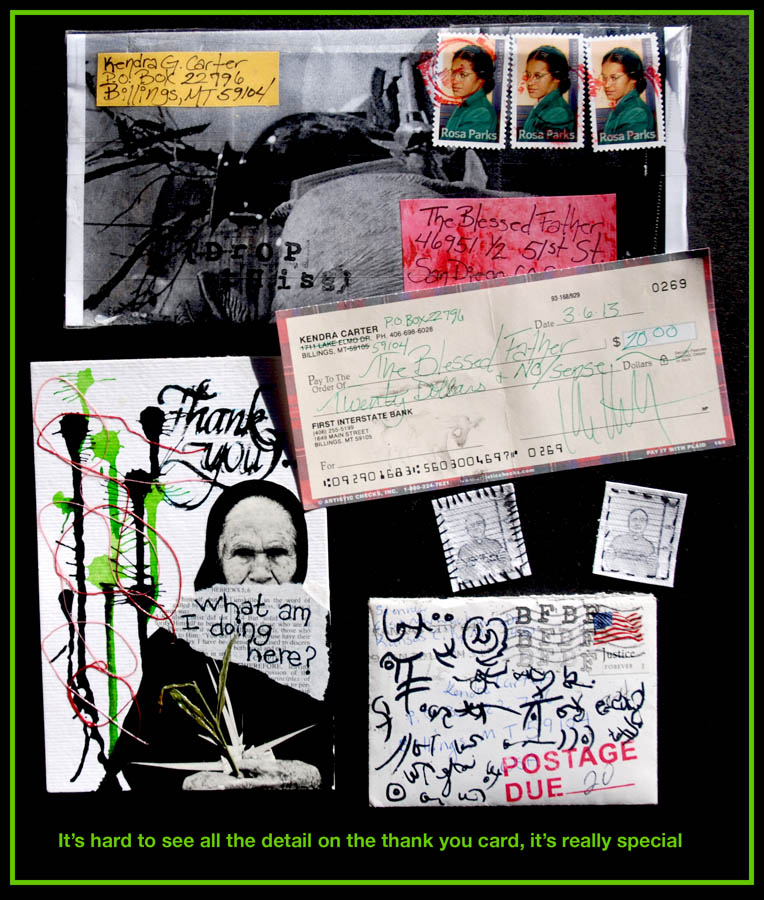 Wish you all could see how they are "pop-up" in… Mim sent this mesmerizing mail art with a quote worth pondering by the Buddhist monk, Thich Nhat Hanh: "Life is available only in the present moment." Thank you, Mim! 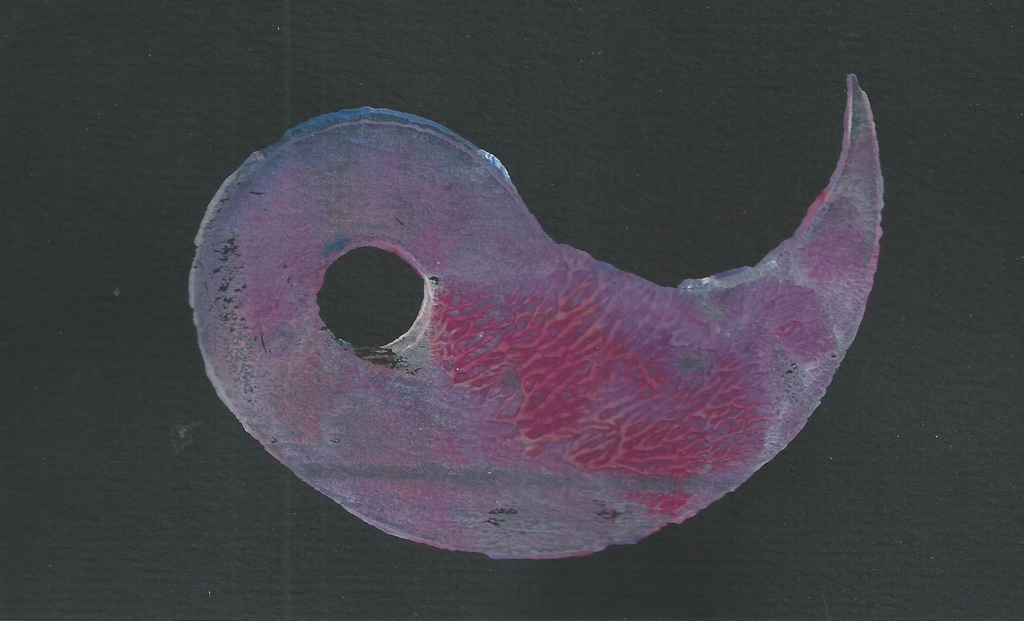 Val's sent me a print, that goes well with E's card posted previously, in terms of colour and, possibly theme. Which half of  the Chinese symbol is it, the Ying or the Yang? Why only half, anyway? Am I reading too much meaning into this? I think I remember Val mentioning somewhere that is it a print of a doorstopper. An altogether mundane object may still lead… A simple card, presumably a page from a some sort of book, printed and embossed from E. E's mail art often has an aura of mystery to me. Who is existential Fluxus X, possibly a distant relative of mine? And XY, is that a response… 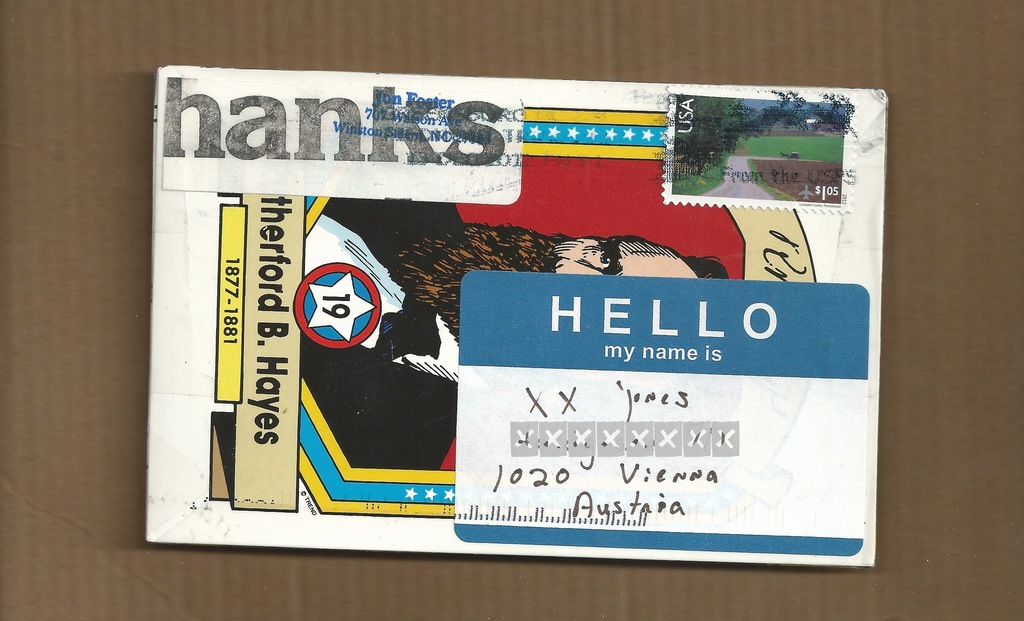 Hello Jon, Hanks for this treat! I love the pop art style card. I had to check up on Rutherford B. Hayes, and learned something about the 19th American president. Who says mail art is not educational!… 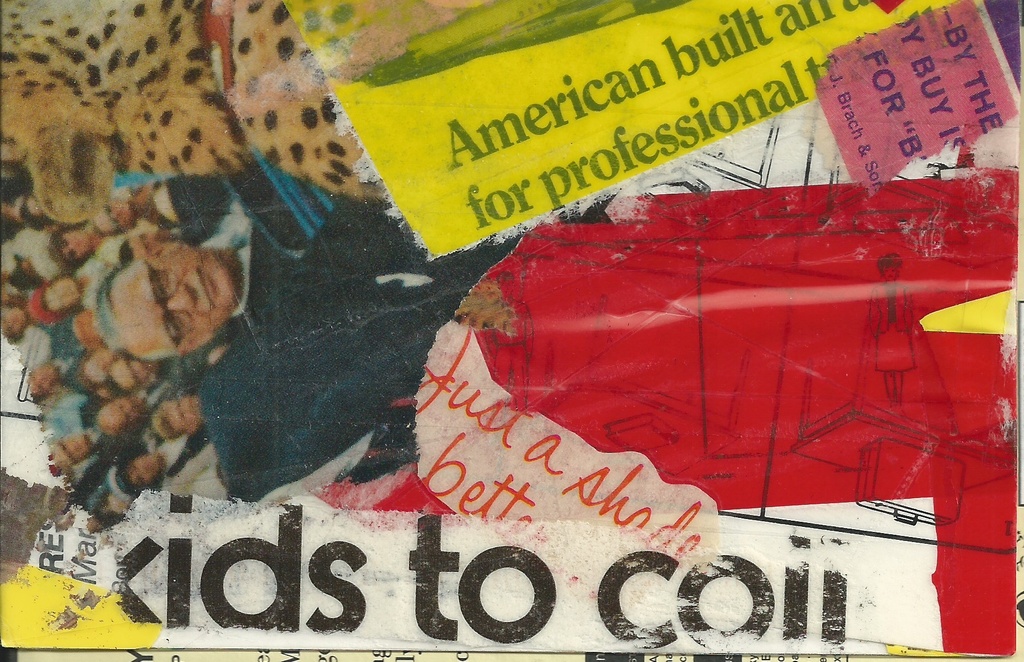 Stefanie sent me this cool painted disk pr palette. It is very sturdy and a pleasure to behold. I told her that my son, when he was about three or four used to paint and collage disks of all kinds. He claimed that they had magic powers. He made one for me to put above the bed, so it would protect me. Powerful stuff! Thank you,… 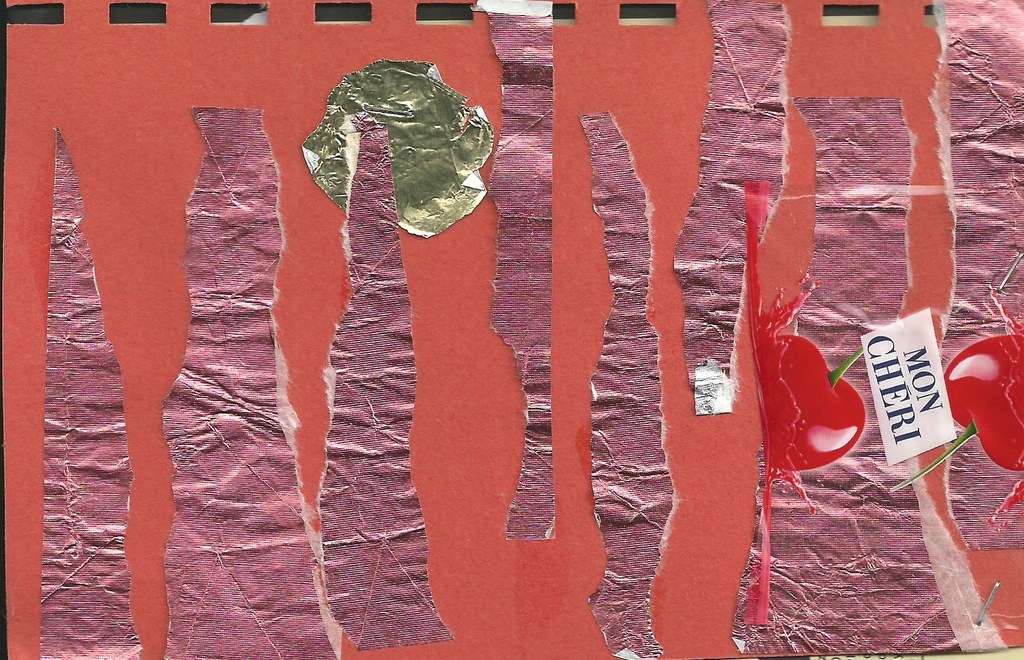 Katerina sends a generous and steady stream of good vibes, here a mail art omen for 2013. I wish you a good one too, especially as your big birthday should be celebrated all year! Also, there is an early spring omen, an egg promise of birth or rebirth and invitation to a call for all things egg! Thank you so much,… Festive greetings from an Erni fan! The telltale signs are the chocolate gold bear wrapping and a crushed found object a bottle cap? Plus cheerful Santa and reindeer! Great company to enjoy!

In the middle of Hong Kong there are peaks that no one else can see except for XX Jones.  And on the back it reads; "Said So!" Thank you Mrs. Jones, but don't peak too soon. My new cover for swap.