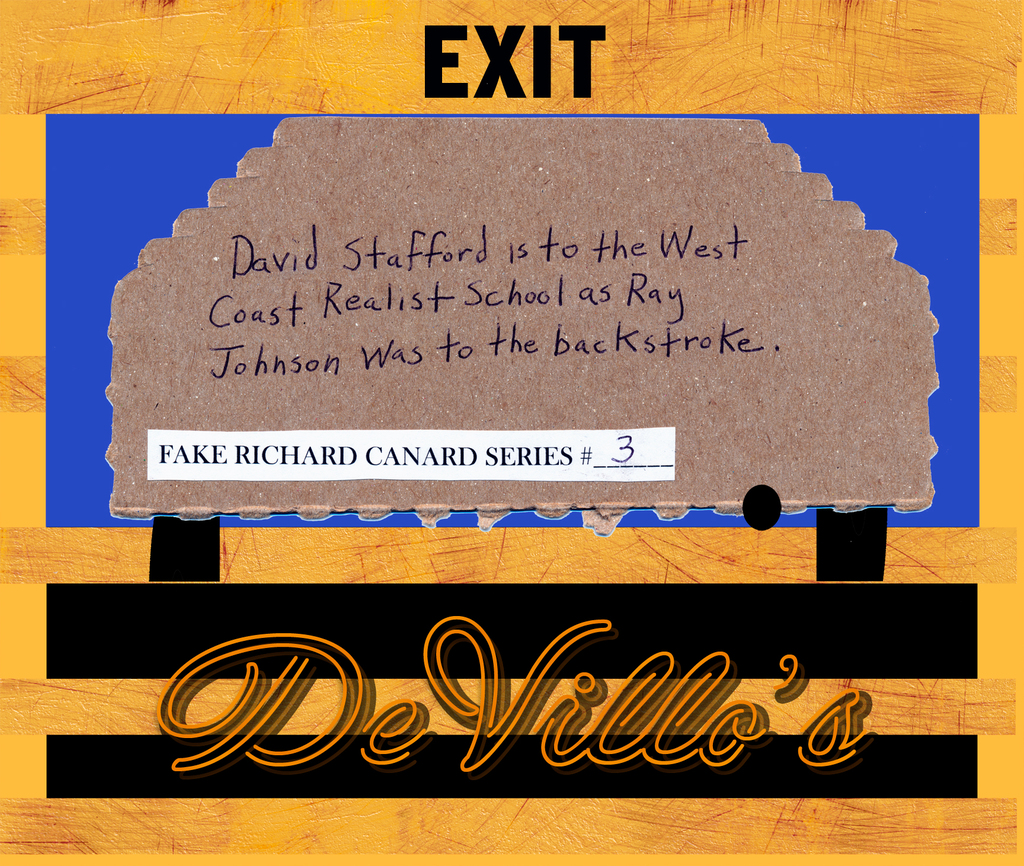 So I'm following this guy out of DeVillo's Parking Garage. Some Eldorado or somethin' I dunno. Maybe it was a Monte Carlo? All cars look alike to me. Anyway, he's stopped waiting for traffic and I'm readin' the license plate...except, it's not really a license plate...I guess it's a bumper sticker. Anyway, I can't believe it....I see this name Richard… 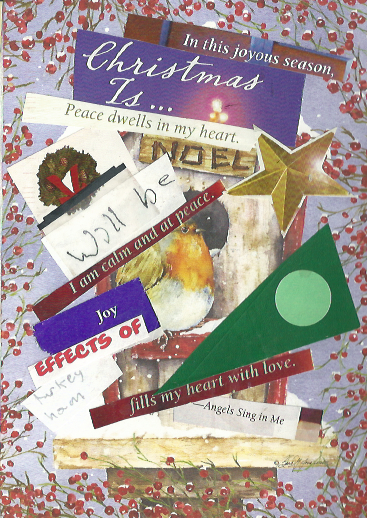 Hard to believe, but yes, this is a Christmas greeting from Diane! The effects of her turkey and ham are indeed wonderful, filling the heart with plenty of love, joy and peace. You can never have to much of that! A sweet drawing from Helen, from her series "Where has the forest gone?" This one is with acuurious owl, peeking at me. Thank you very much, Helen! But before the daffodils arrive I better catch up with blogging some more Christmas mail. Here are delightful greetings and a litte menagerie from Stripygoose. Firstly, pretty birds and a philosophical moose. Secondly, a new years resolution from a friendly fox.  Thank you very much, and somewhat late, I am wishing you Happy New Year too!…

Sorry for the belated postings! 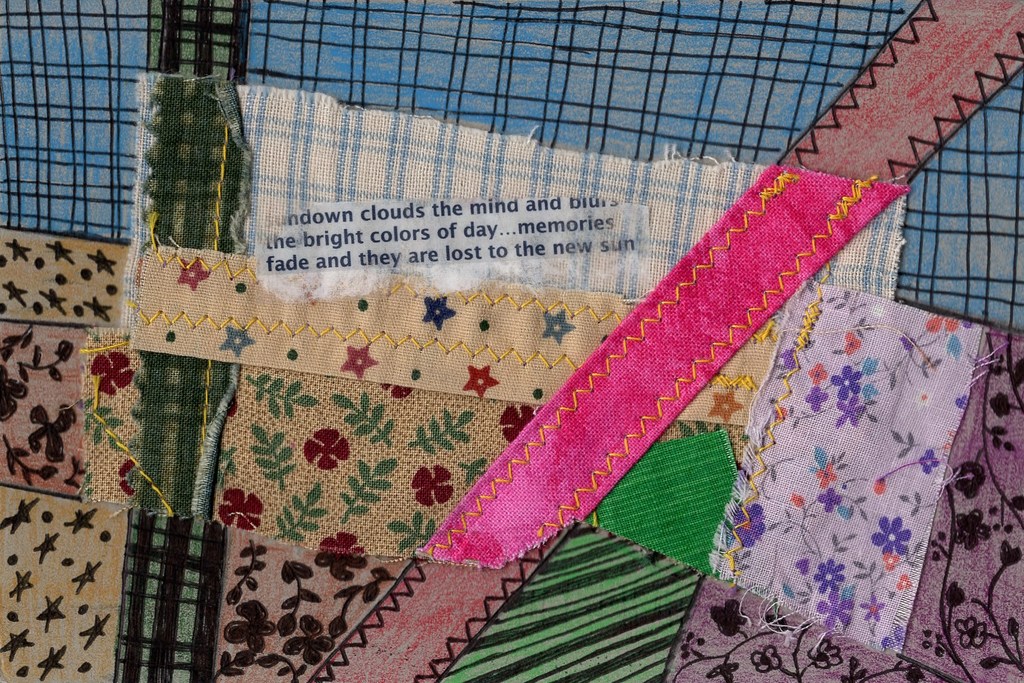 Above and below, from Valentine Mark Hermann… An amazing envelope full of goodies from Grigori Antonin arrived in Greece.

Yes, there is a message that Grigori is "off-the-air", not on the internet for a while, but luckily he is making, creating, and sending ...yay! Thank you for… 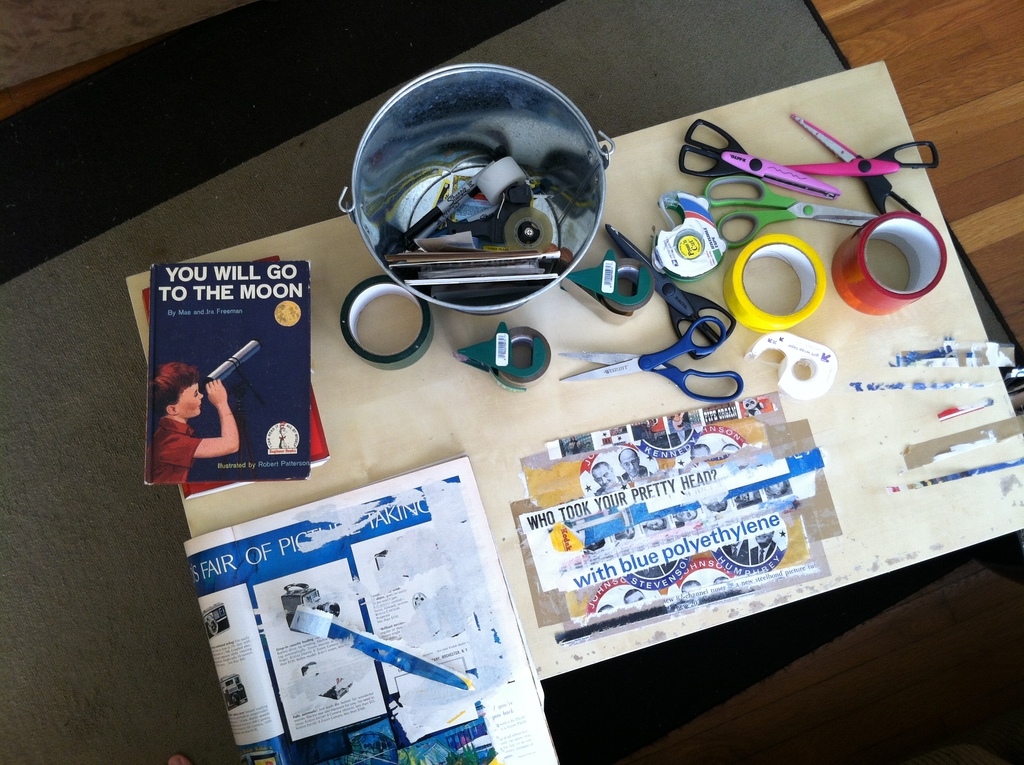 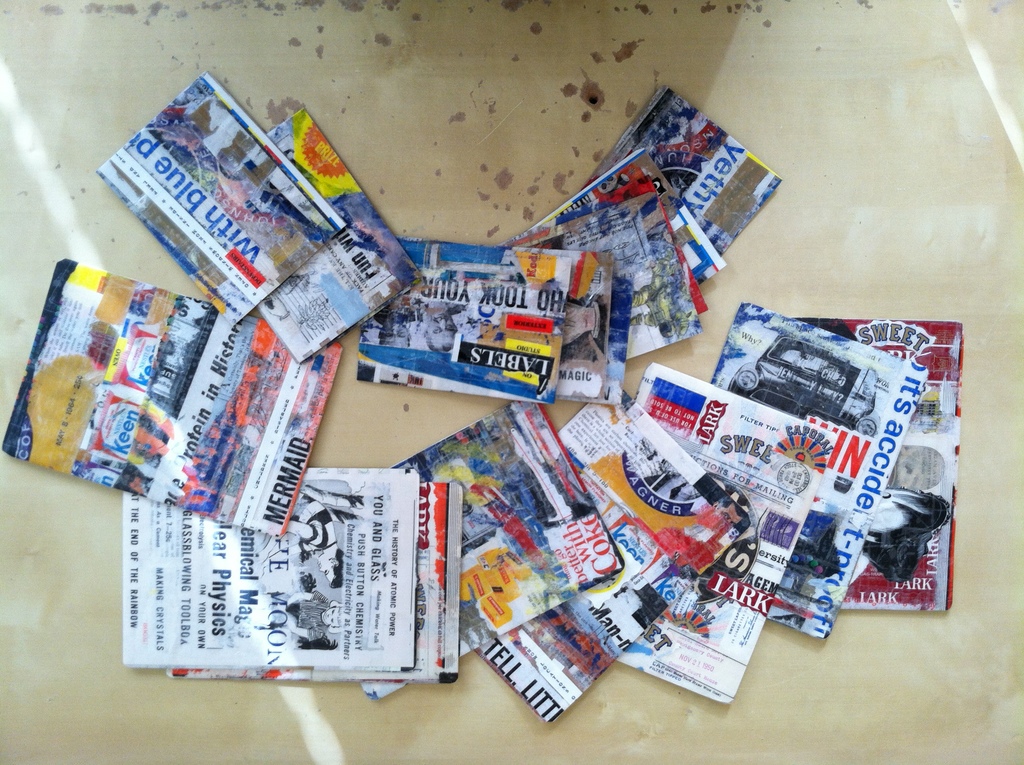 When I was a student,… 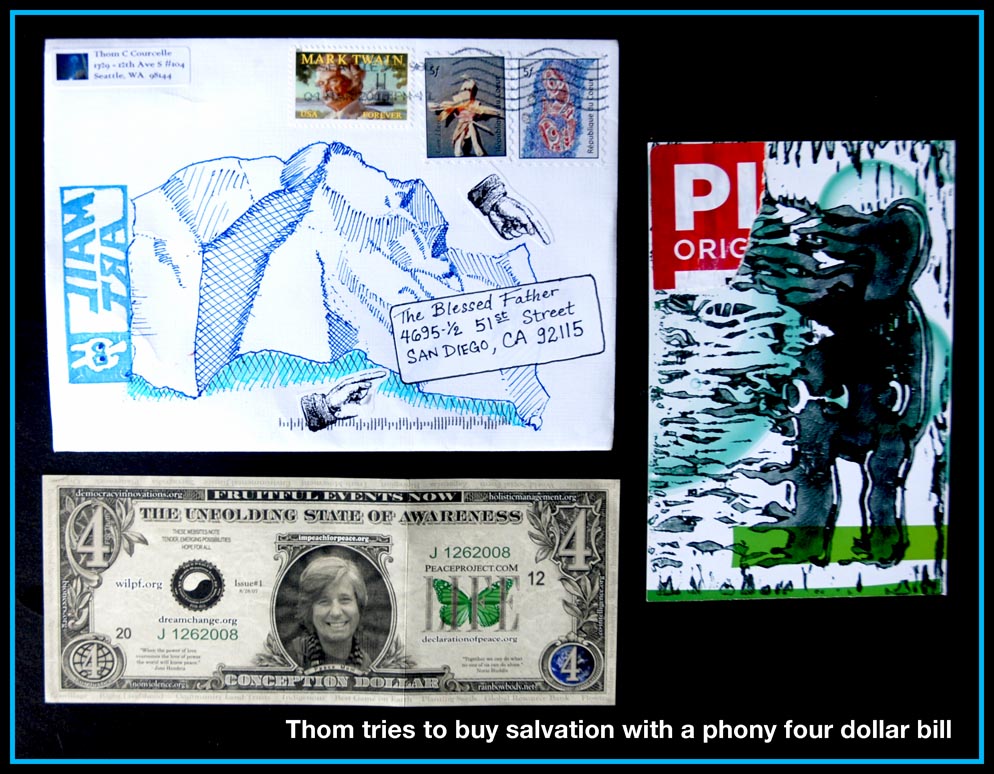 A Starr in my mail box A burst of color from Diane Keys 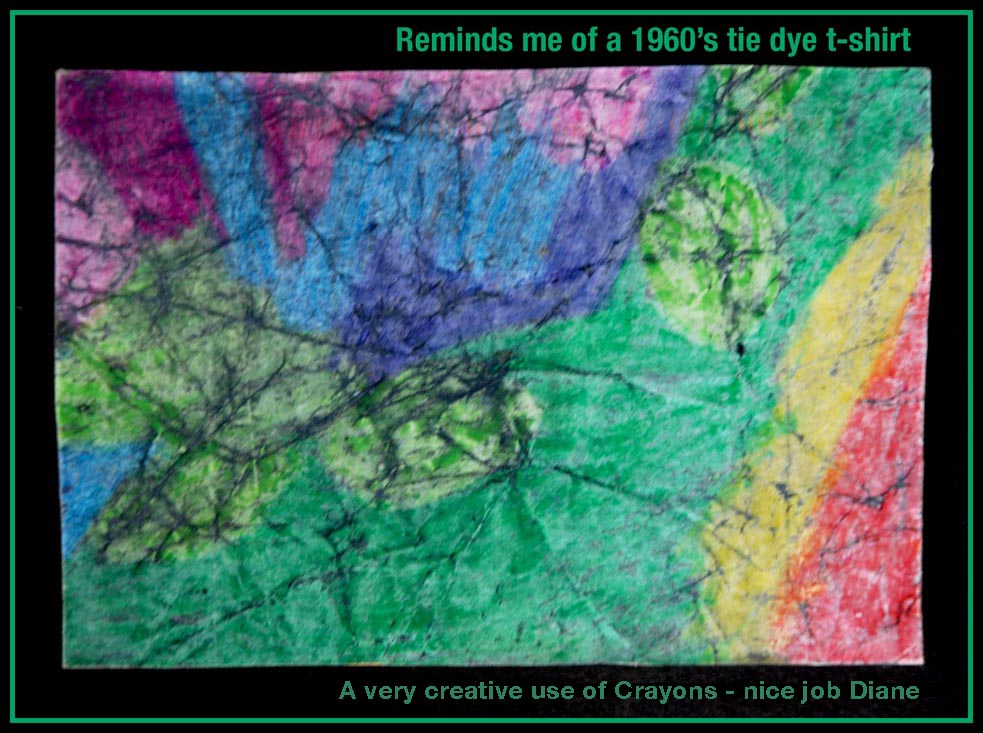 Perfect collage made by a dog lover. And what a sweet dog it is, looking quite comfortable on his grassy stitched patchwork blanket. Makes me look forward to spring! Thank you, Angie and Snookie! 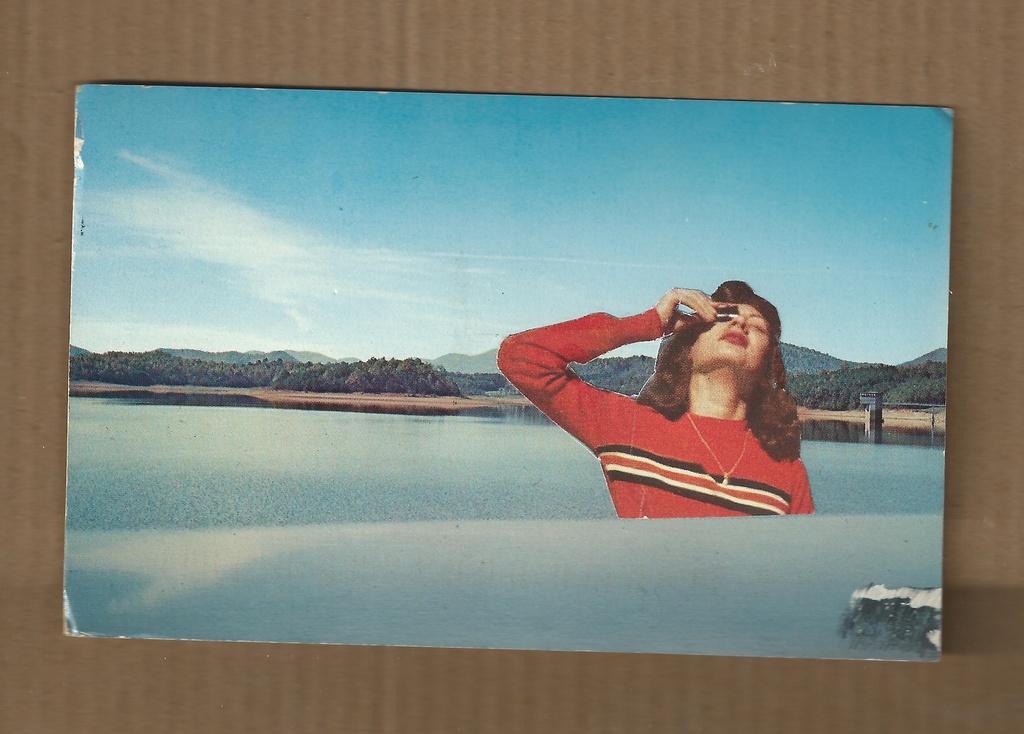 I have been busy making mail, and also experimenting with new ideas. After having sent off a stack of letters, I can focus a bit on blogging too. Some of you suggested that I do a foto compilation, which would make things easier, of course. But for now I have my heart set on blogging individually, even if it takes longer because it makes me pick up every piece and… Ah, I bet Mim's girl is waiting for mail from this bloke. A letter all the way from Morocco sent by hma. And what does it bring? Plenty of good wishes for the new year! Reminds me of my only trip to Morocco, on a shoestring budget, staying with a farmer in the mountains. It was Christmas and the family lived with their animals in one room. There was a cow and an ox. It… 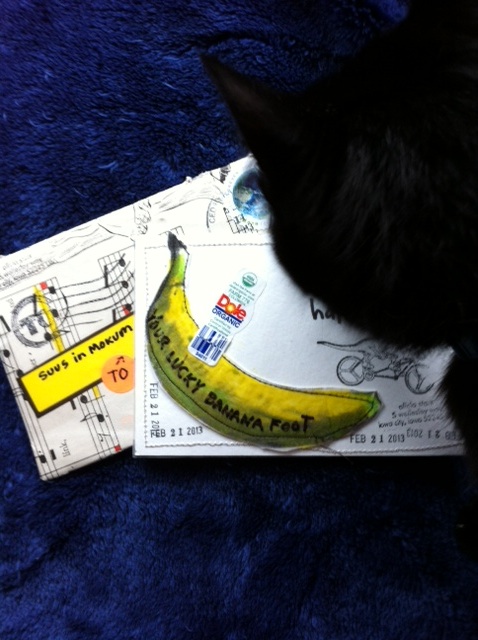 Okay here goes another blogathon...This may be three weeks worth so it's quite a haul. First off....MomKat weighs in with three, count 'em three cards from the old country. Birthday greetings and a surrealistic collage that features a guy that is a dead ringer for a childhood friend of mine, Danny Cubiciotti who died at 27 so it's strange to see him creeping… 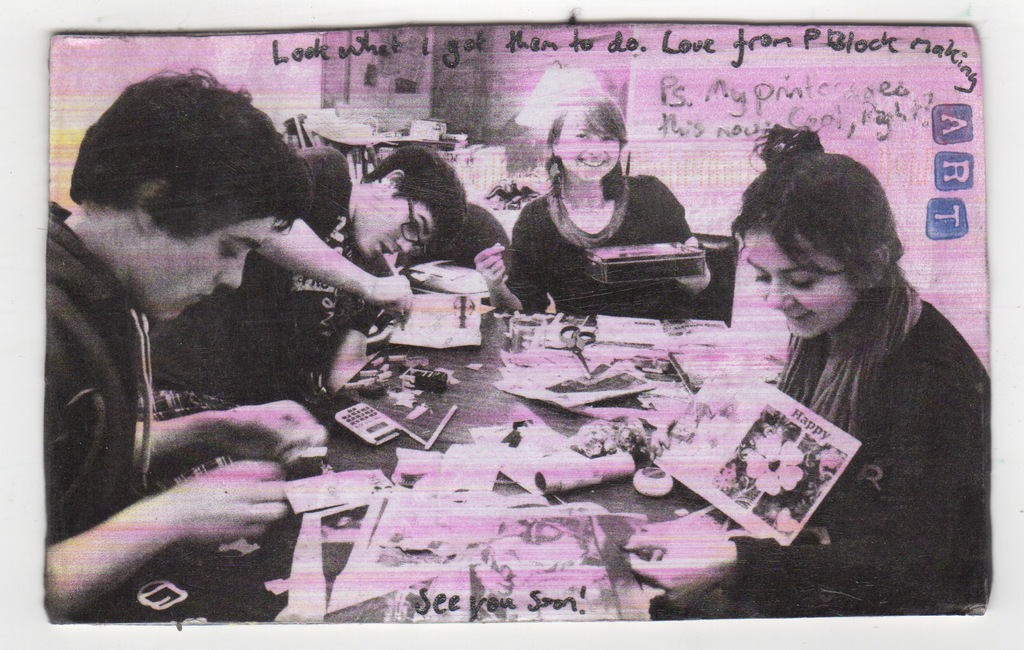 I've felt that our son tolerates my mail art so was flabbergasted to receive a rare piece of mail art from him today. If you want to read a silly theory of how to make a mail artist visit this:…

Is it a mad Pavan or a mad Pavian? Anyway, again you found the right key to open my brain via my eyes. If I had to translate your card into music I would use an accidental that leads me to a piece with minor key not too easy listening but catchy. Thank you very much,… 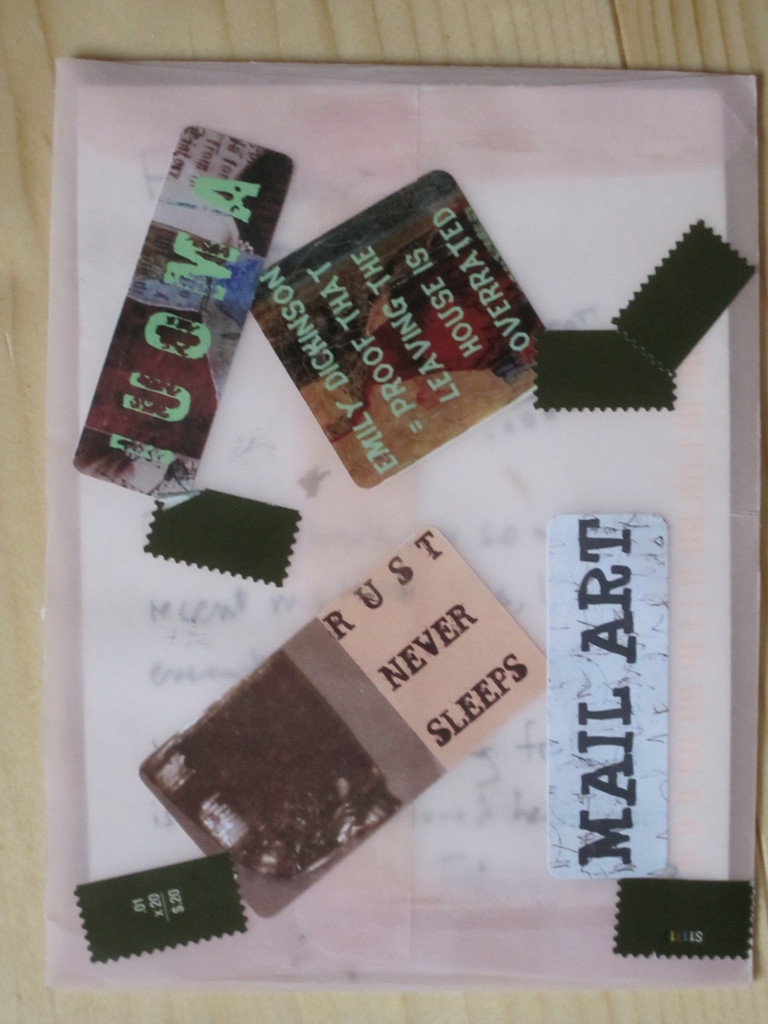 crabbily Großvater will keep it in his alpine pasture ( hope the machine translated Alm and mürrisch in the right way) and the feathery (how I learn english on my Alm today, if I´m keep on mailarting my goats are talking english with the tourists), works making my flinty heart a little more marsh mellow. Thank you I stop my hymn here cause I don´t want to echo all the enthusiasm about Maries works I expressed in former blogs. But in the alps you allways hear the last echo: Thank you…