I received this in the post yesterday. Phobia - Being attacked in the shower, kindly sent by Marina Borghetti, Italy. We would like to set up a project that enables people to
‘generate’ a random address for them to
write to.
You won’t know this person but they may
have something interesting to say,…
Continue In 2010 fifty years of that action are memorialized art call for their creator Yves Klein, JUMP AL VACIO (November of 1960) that with the pass of the time transformed in icon, in the one which refers to a new strategy in the diffusion of the creative chore.

The re-interpretation to 50 years of this action proportions the topic that summons us.

Mankind is now sinking in a globalized society within an economic crisis, not as a result of the financial
debacle, but by the humanist crisis provoked by man himself. We have a
crisis of values, a cultural crisis and an ecological crisis, among
many others. As citizens of the world, we must bring awareness and
social responsibility to our…

During the recent brake in posting the incoming material to this blog dozens of new ‘zines arrived to our po box. Now we continue posting and also we announce that there’s a new deadline for Fanzine Show: 1st of September, 2010! additional updates coming soon

why I haven´t had enough time for mailart

Lately I have been designing and making some beautiful handbags

russian paper doll that opens out 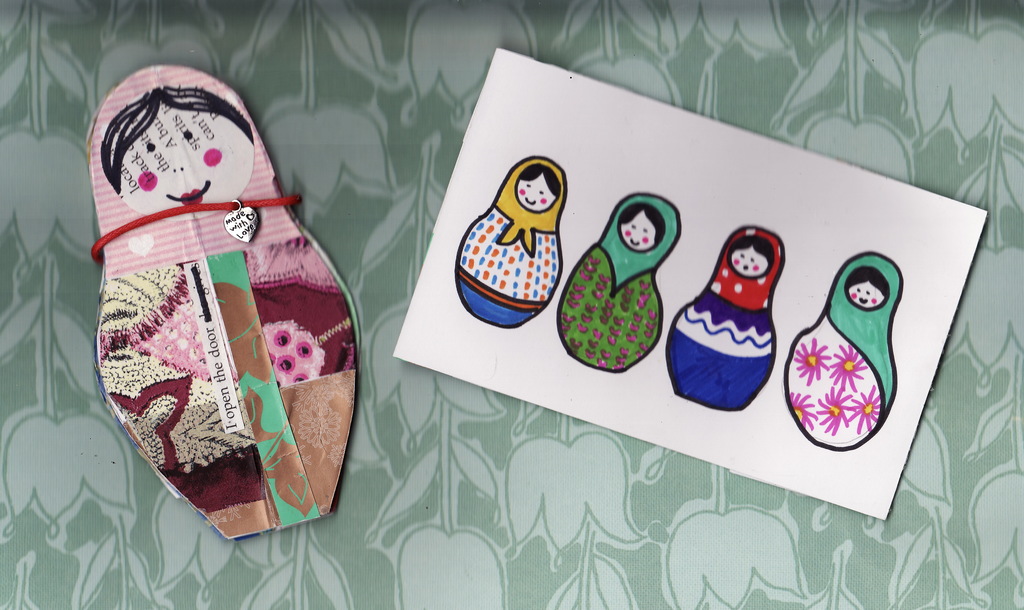 I'm getting ready to pubish a new series of pamphlets,
and wanted to put the invite out to all interested artists....

Performance Scores and Writings
is a series of 12 page pamphlets,(+cover)
printed on a 1/2 page format .
The project is inspired by the Great Bear Pamphlet
series produced by Dick Higgins in the 60's .
The Idea .... Put Contemporary… I am moving back to Richmond to be closer to family. Please send all mail art to my new address!
8301 Winchmere Court Apt A
Richmond, VA 23294

Mail Art and Support to Africa.

Dear friends,
Africa,the beautiful black home of Mama Africa.
Africa is the mother of Art,but poverty is killing the African dreams.Just imagine an artist painting and carving without food in the belly......just Imagine 50 artists make use of one computer......just .Imagine having no money to buy art material.........just Imagine an artist living and sleeping at the road side because he/she cant afford to pay for accommodation.This and many more are reality in Africa,so many artistic… Continue