General information.
Topic: The Female Nude
Technique: Photography
Maximum size of the work: 10.5 x 15 cm
Amount of pieces: A maximum of 3 (three) pieces per author.
Pieces should be sent to Francisco Acuña at the following…
Continue

Special purple packet from Karen today! Many, many thanks!

Sometimes, when a package like this arrives, you almost don't want to hurry to open it. It is better to linger and spend time with the details of the envelope, the soft refineness of the wrapping...let anticipation built a bit, because you just know that itis going to be something special from Karen! ART NATION is a give-away clue...guarded through the postal… I just had to share the absolutely awesome mailart sent by Rachel - my jaw dropped when I opened the envelope, with the adorable rabbits.… 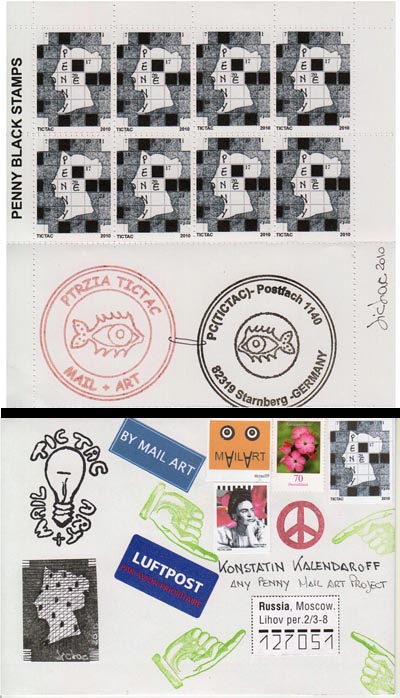 Received from Anna Kremneva - Bellarus, "Till the Angels come, and ask me to fly". Just amazing! January 24, 2011 - Lisa Iversen is distributing her chapter for the 26 international mail-art book project to…

The family puzzle / Tapestry of life - from Cheryl Penn

Another super-galactico mail from Cheryl Penn has made it to my lucky mailbox. No angry in here, says the envelope (laugh!). I hear you, Cheryl... 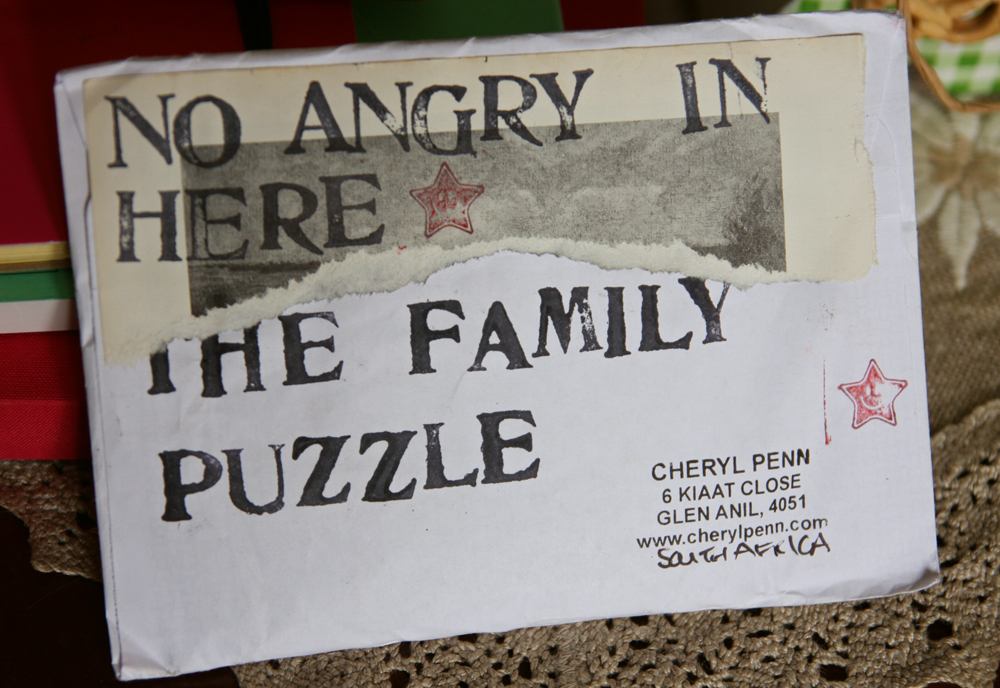 The puzzle of family unfolds, complex and rich, beautiful and mysterious. This is another one of those pieces I just couldn't stop taking pictures of. Gorgeous!…

I have decided that, as part of "documentation" for this little project, I would add a posting here every month or so - a sort of progress report - and a record of how the project grows or changes, choices made and decisions taken.  I have already started posting scans of finished, or near finished pages in a photo album on this site and I am making plans for some sort of written documentation for the projects end, so things are sort of coming together.

At the moment, one month in… 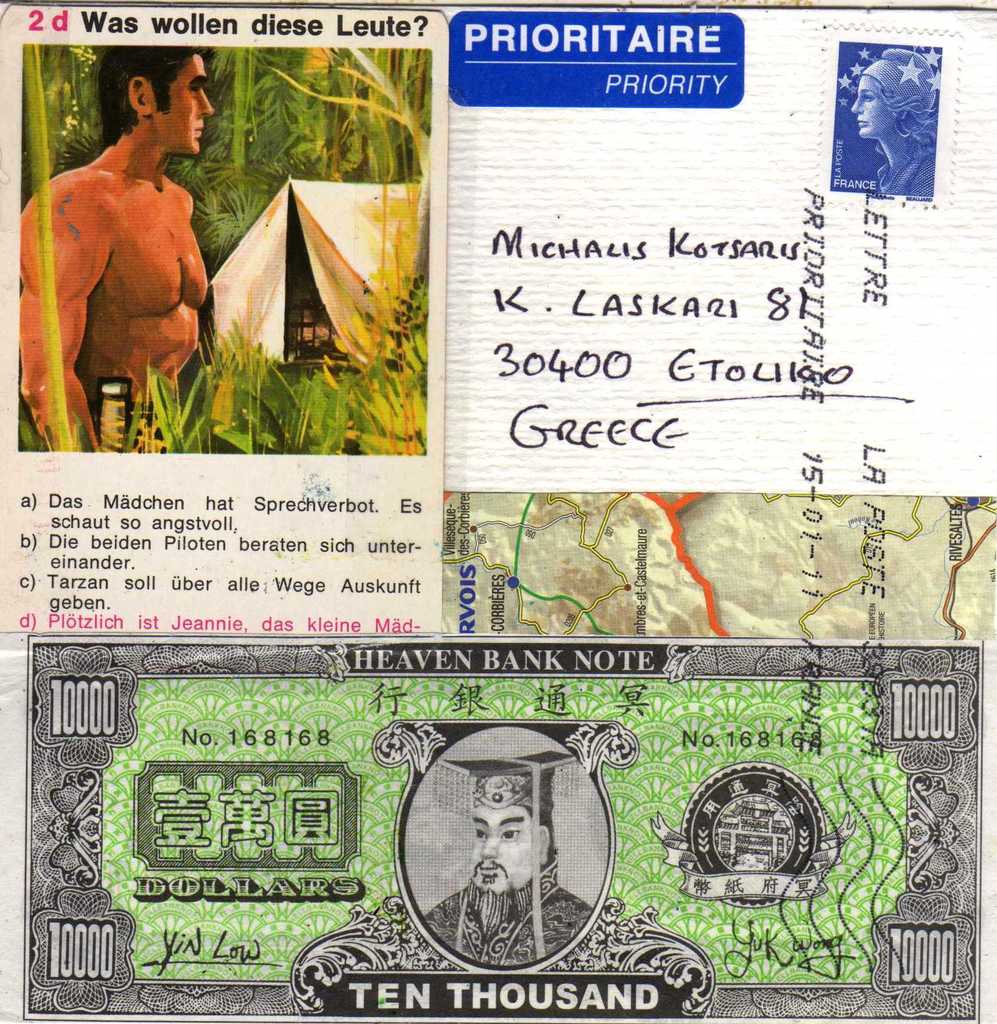 Tags from Likeatelevisionshow and Gabby Cooksey Gabby's tag has 5 tiles attached that form the drawing of the tea cups. Also check out her envelope, with the cut out design glued onto the… 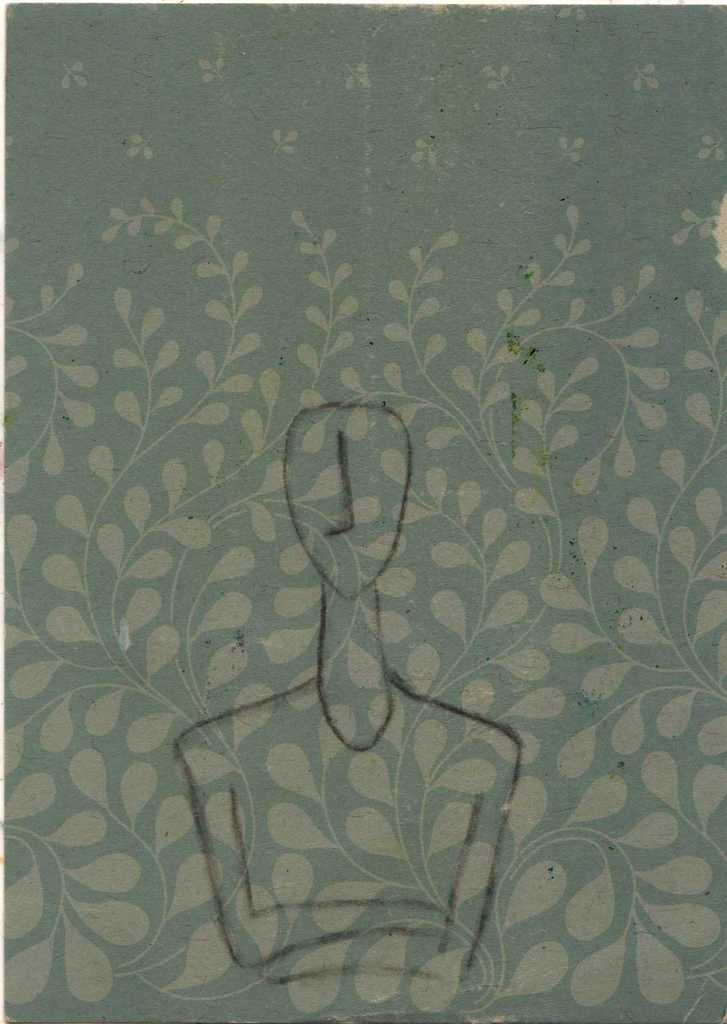 The Extreme Mail-Art group causes some funny mail. Jeanine from USA sent me this parcel with art-materials typical for a mail-artists. Made the photo before unpacking the funny looking parcel. It arrived without any problem. Thakn you Jeanine!… I had meant to blog this yesterday, but sometimes life just gets in the way, right?

I received this lovely ATC from Lin Collette. This is the first artist card I have ever received and, frankly, I have to say I'm falling in love with the idea of artworks that are small and delicate. Thank you so much for your mail, Lin!

Why do psychics have to ask you for your name?

musty old bookstores, with all their glories, are common in China. something extraordinary, however, is a marvellous stash of postal ephemera which i found hiding amidst the books today!

first is a packet of some 200+ documents; the backs of which are covered with (cancelled?) stamps from the 1980s. the fronts bear what looks like inventory lists from 'Shanghai Da Jiang Co'. i am entirely unsure of why the stamps were applied to each page.....…

Received from Deborah Davidson, Japan--Celebrating the Year of the Rabbit Etegami Style 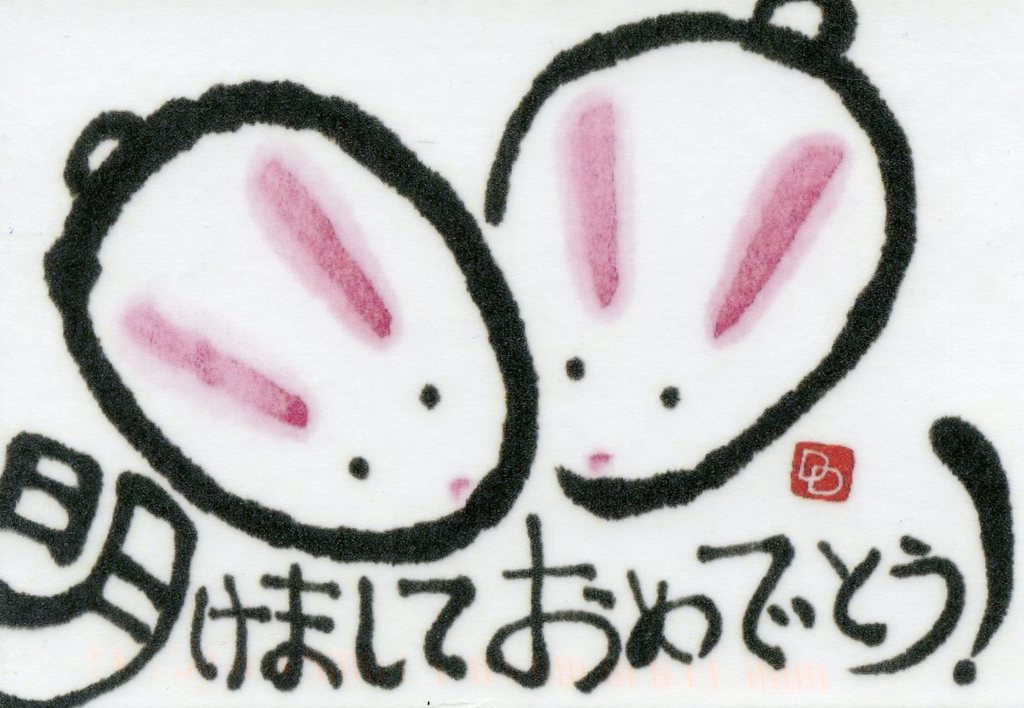 Deborah's etegami is always a treat to receive. Etegami means picture letter in Japanese. It's a traditional yet informal, freestyle method of mail correspondence among friends that has been going on for ages--before mail art got labeled as a movement outta New York. The key element of etegami is that the image and message be sincere. Thanks for the New Year wishes, Debbie. Great… Continue