collage watercolours in a gardenproof envelope for Lilian Mariutti 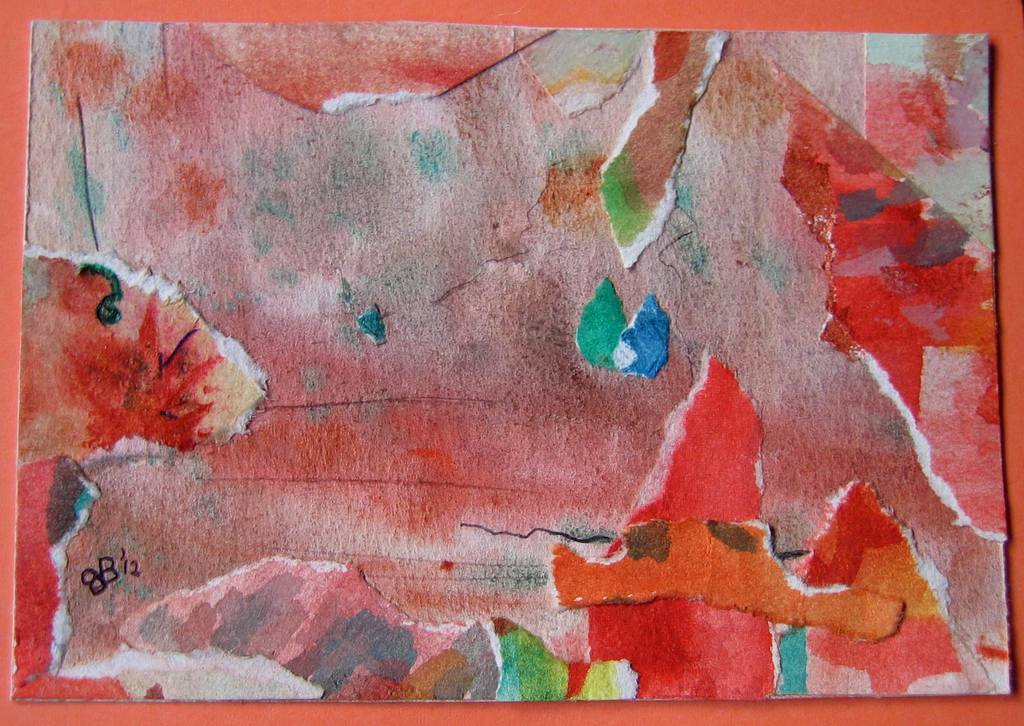 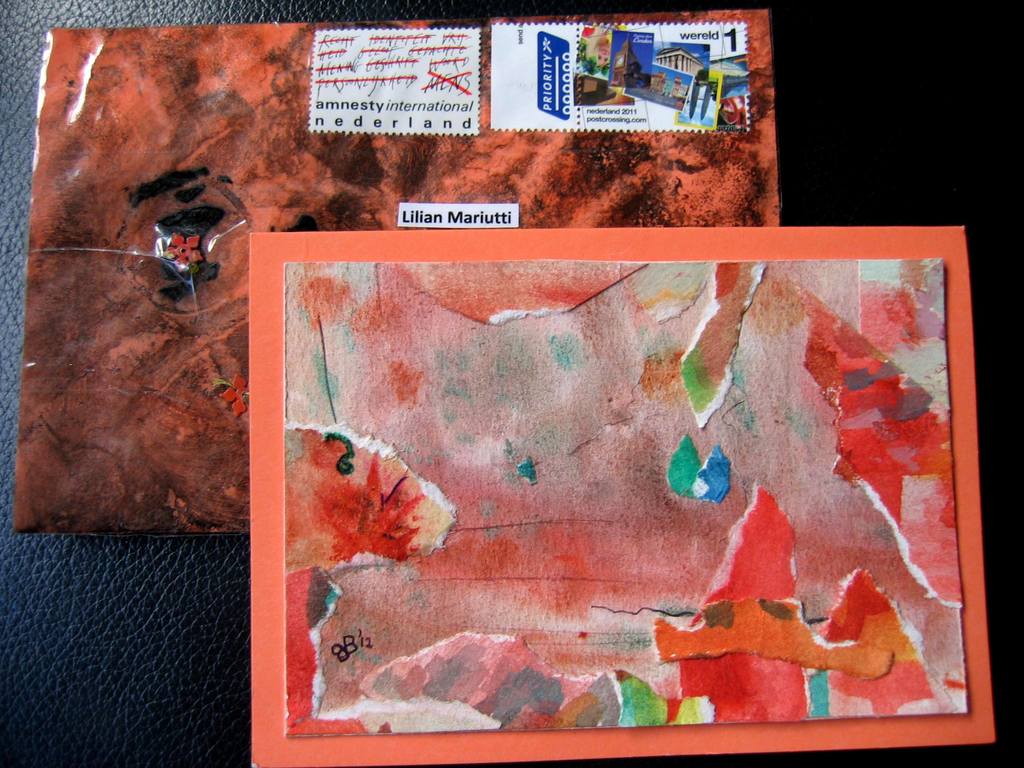 I just posted the video of me opening this amazing object for the first time, but what you can't see in the quick movie is the detail in the packaging and the little oddities and silliness I found the more time I spent digging.  (The steampunk part is the leather arm strap...) And then there is the awesome playlist.  To see the actual device, check out the video on the right side of the IUOMA homepage.  David, you are reaching the highest levels of enchant-i-tude.  I love it and I'll gladly… This mail art looks like it's an ode to sleep-maybe dreams with it's soft cool colors. Looks to be another in the winter themed series and I love it. Angie has included a Grenades and Ham sticker by Dr. Sausage as the perfect compliment to the saltine crackers I…

Message Outside a Bottle from Richard Canard, Mail Art Philosopher and Environ--mentalist 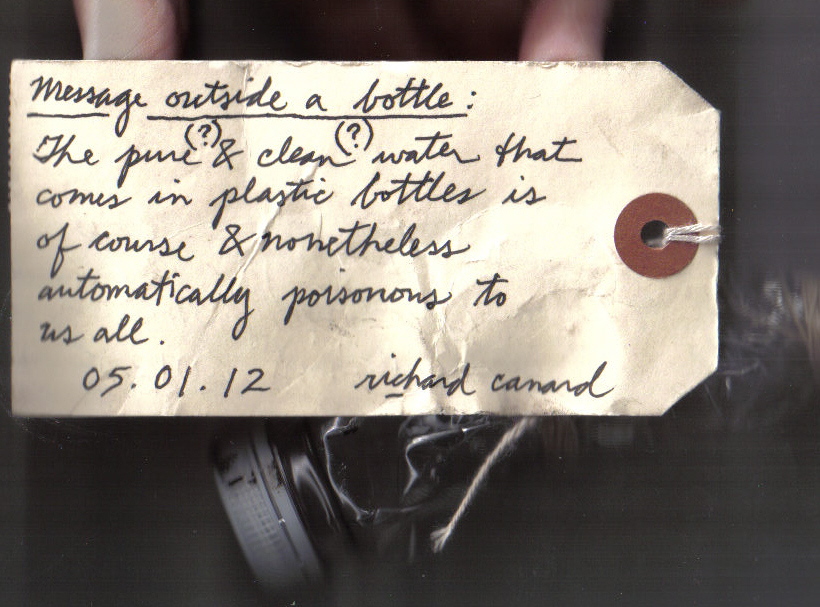 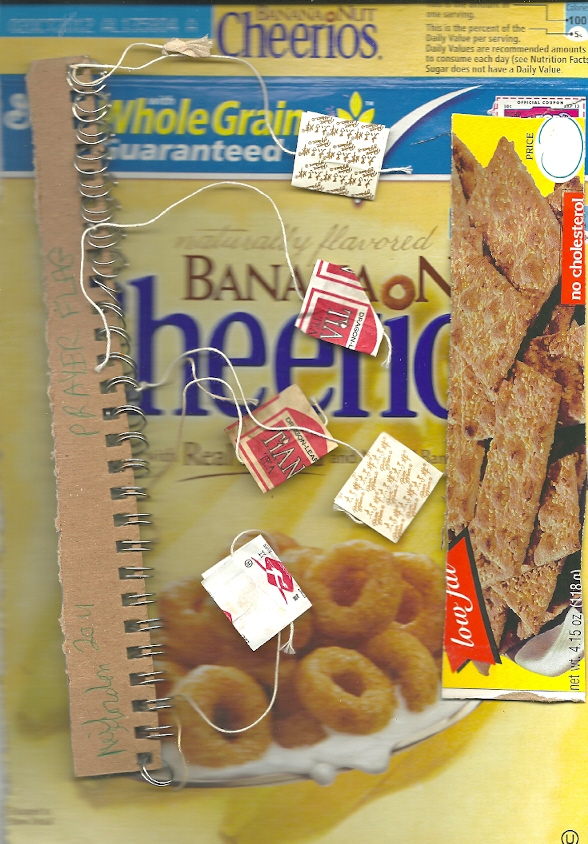 What do you get when you cross a Boekie with KunstStuck? 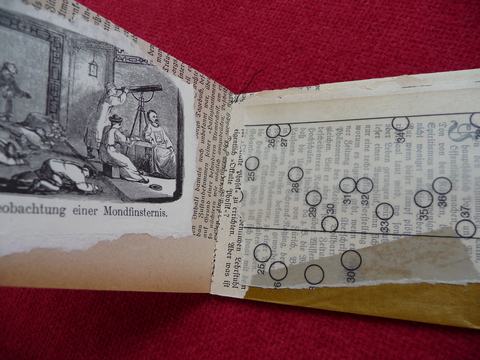 A KunstStoekie!! And here's my first one from Svenja!!!… 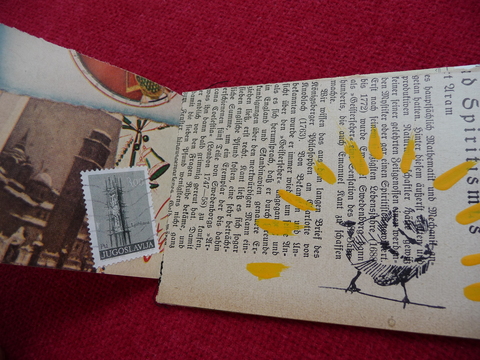 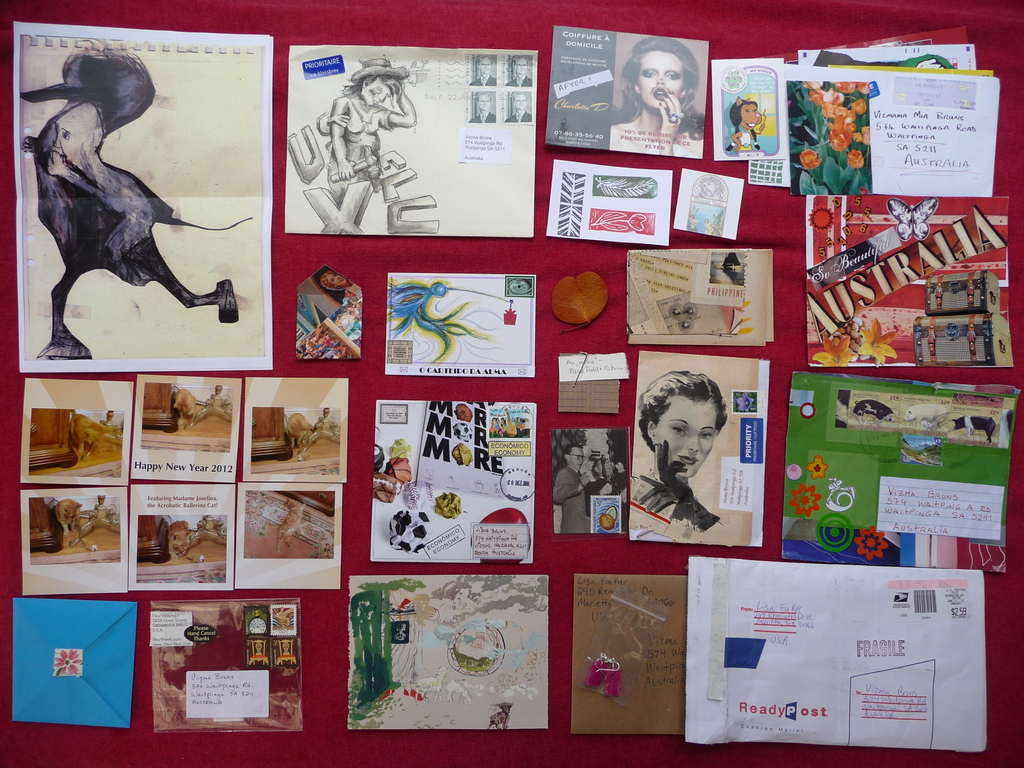 THANKYOU Svenja and Niklas and Fleur and Viviana and Val and Lisa and Patricio!!!!!

Now, I'm crap at doing blogs because the photos and pictures go all over the place and get mixed up, so I'll be posting them all in photos separately, so you can get a better look.

I opened my mailbox this last week to discover a parcel notice waiting for me. I had to wait a day to pick it up, and this waiting got me wondering who might be sending me something and what it might be. After handing over my parcel notice to the clerk at the desk and presenting my ID, the clerk went into the back to retrieve this gem from Erni Bar: I could hardly wait until I… 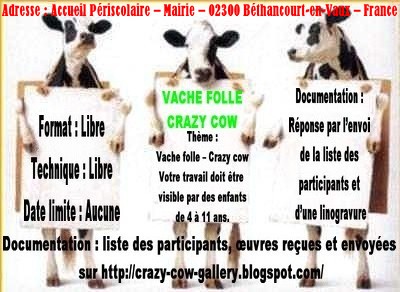 Beautiful ATC recieved from Theresa Williams. First ATC i recieve this year. Thanks Theresa. I love the composition. 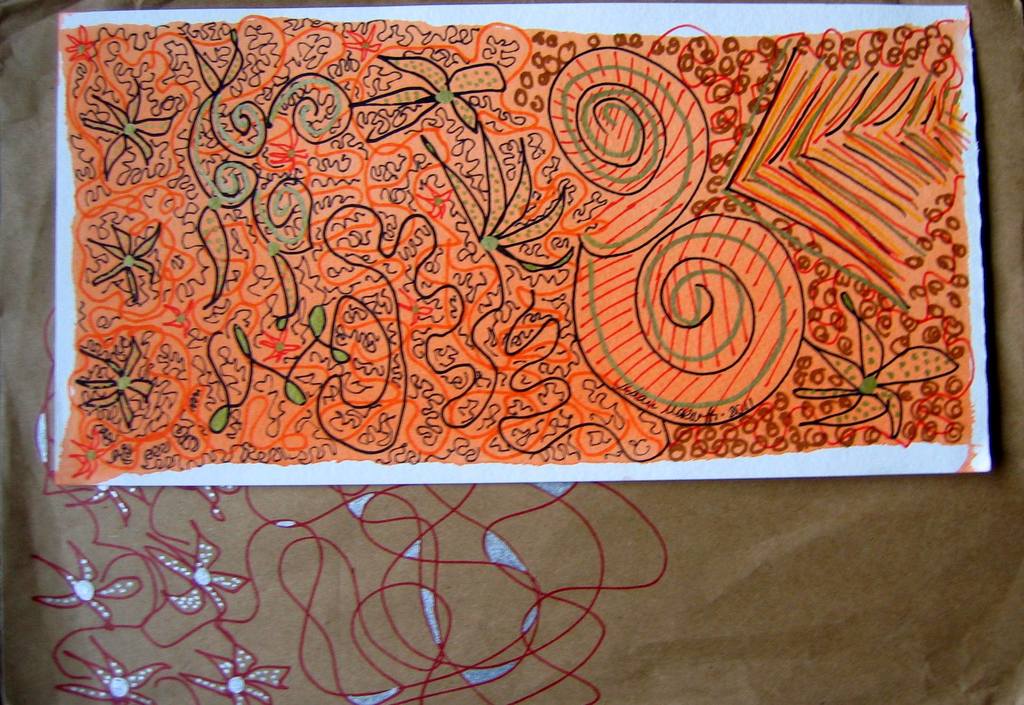 A Case for Complex Aesthetics - from Cheryl Penn 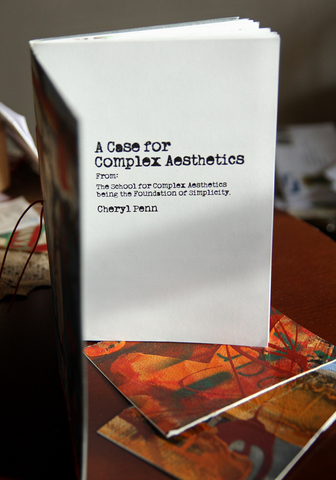 I knew Cheryl was working on this boekie and it kept me waiting in excitement. I wanted to see what the Arthur Rimbaud Symbolist School of Subtle Aesthetic Obscurity (now the School for Complex Aesthetics) was really about. I enrolled in the School quite a while ago, without knowing much about it, just because everything that is coming out of it has a very… 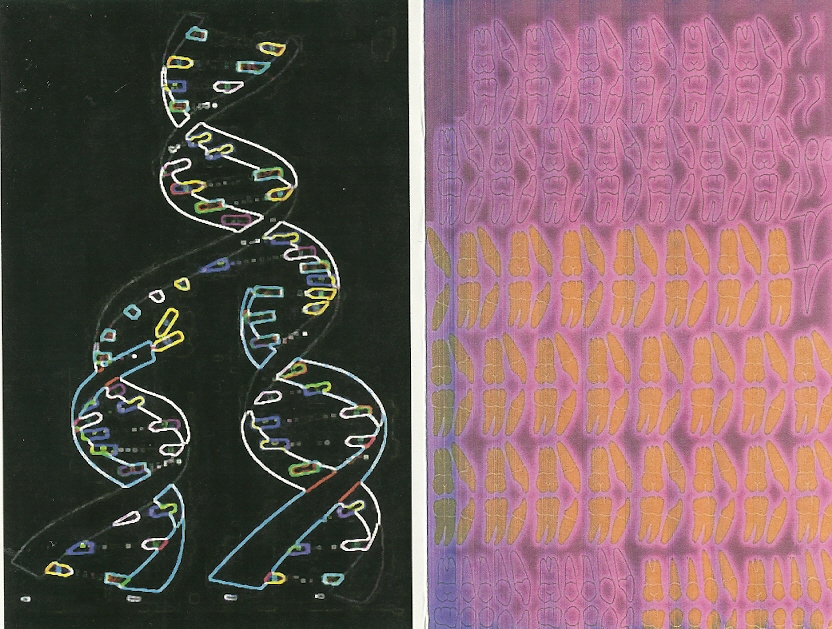 Documentation in the form of a pretty cool poster from the organizers of the exhibition. Several IUOMA artists had work exhibited including Keith Buchholz, Diane Keyes, and others. Today I got a really great piece of mailart from an unknown artist in the Netherlands. His message on the back of the envelope explains everything! 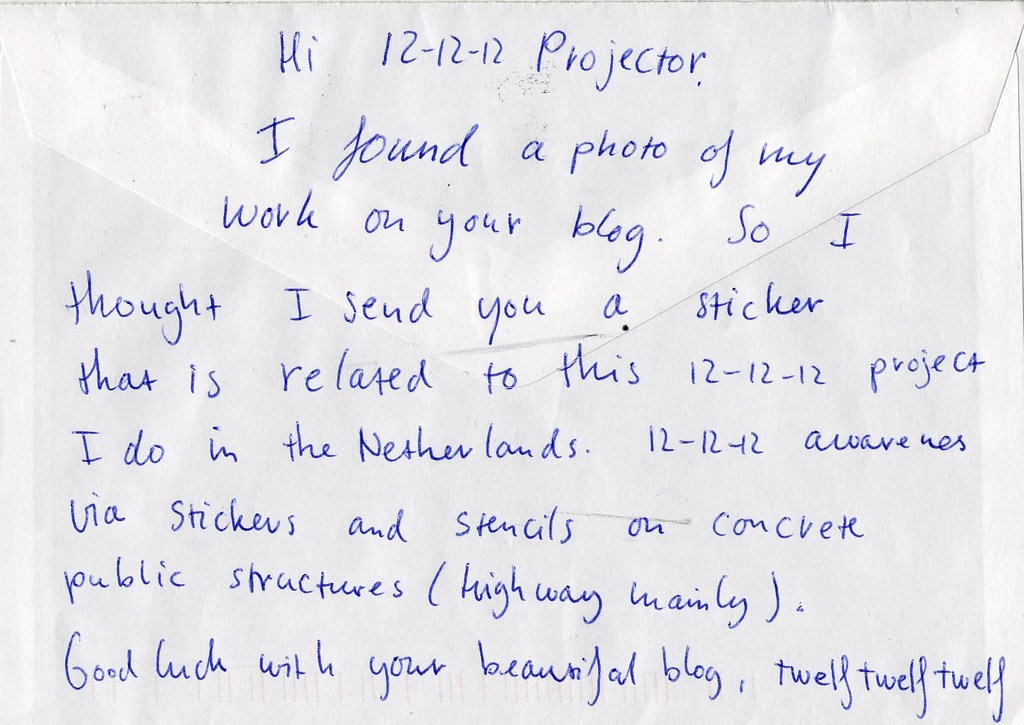 The image that he's talking about was a photograph made…