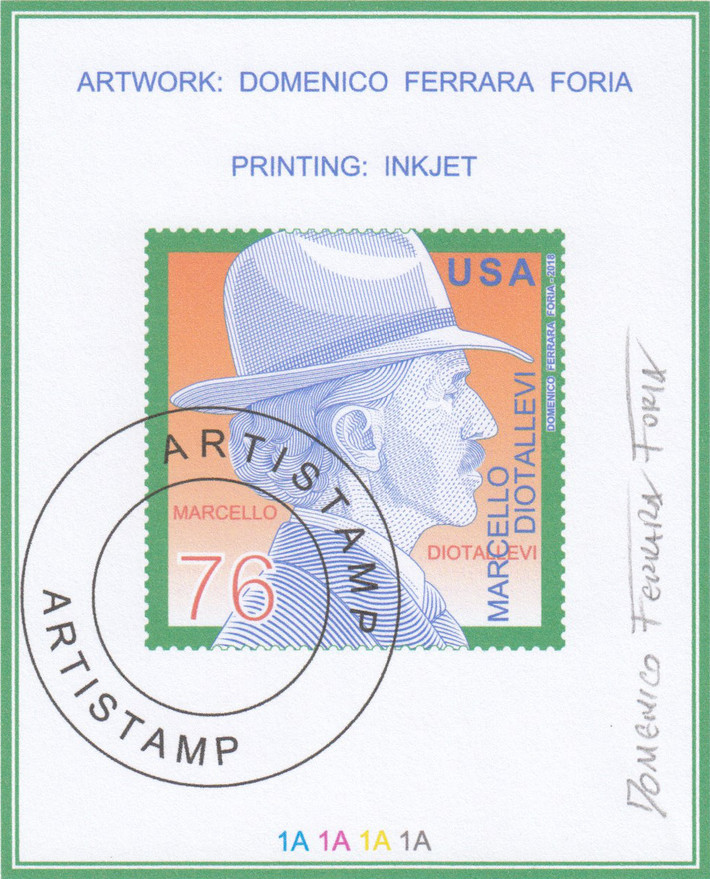 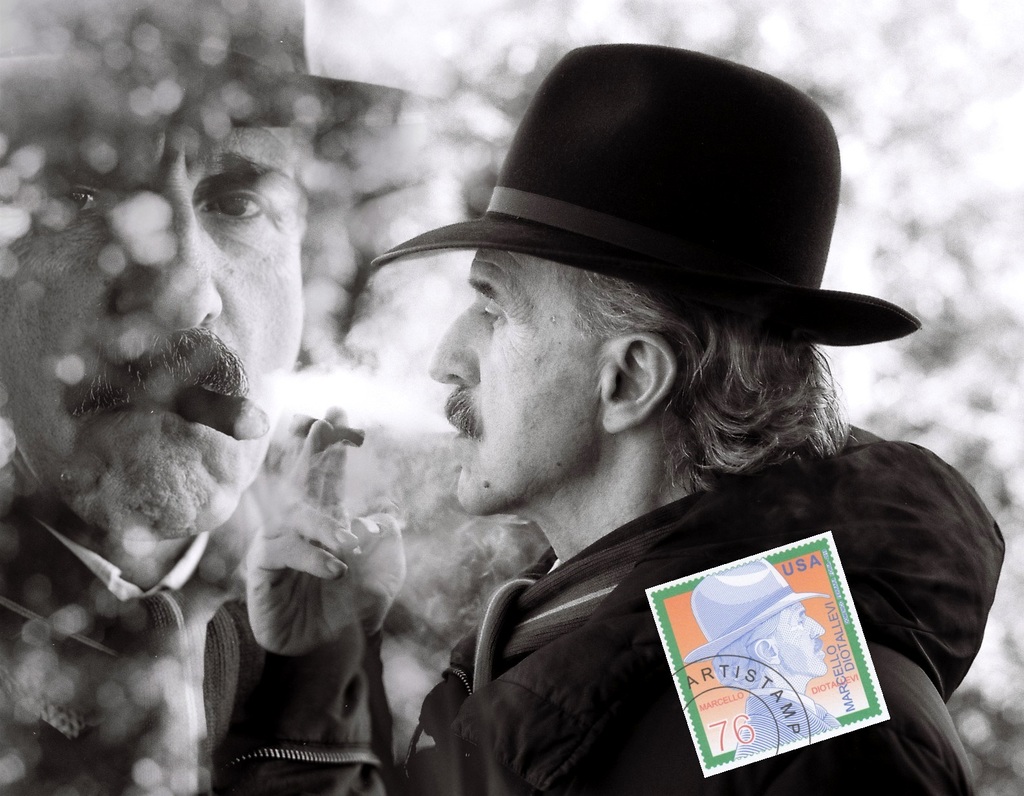 Also this stamp dedicated to Marcello Diotallevi is another masterpiece that we will present on April 18, 2018 on the occasion of the interactive personal exhibition of Marcello. Thanks to the artist Domenico Ferrara Foria for the collaboration and the great quality of the work done.

"In the form of travel, stamps and letters from Kythera"

"In the form of travel, stamps and letters from Kythera" is the title of the personal exhibition that the Ophen Virtual Art Gallery in Salerno dedicates to Marcello Diotallevi, one of the most interesting Italian contemporary artists born in the forties, who presents for this exhibition works (24 Stamps by artist and 18 Letters from Cythera) made between 1984 and 2012, which cover over forty years of research, from the figurative beginnings of the early 80s, until today.

Marcello Diotallevi was born in 1942 in Fano. He lived for a long time in Rome where for a decade he worked as a restorer at the Restoration Laboratory in the Vatican. In those years also began his artistic activity in the name of restlessness. As a painter first, then as a sculptor in the early seventies, then for some time he deals with graphics and finally begins to write. At the end of the Seventies his raids began in the area of ​​Mail Art and Visual Poetry, of which he is still a committed protagonist. In over a quarter of a century of artistic activity he has collaborated with his works on national and international books and magazines. Over the course of time he has held several solo exhibitions in major Italian cities, participating at the same time in collective exhibitions around the world. He is part of the group of artistic intervention "I metanetworker in spirit". He mainly deals with installation, Visual Poetry and Mail Art. He is the author of the cover of the Guide to the Musée National d'Art Moderne - Center Georges Pompidou in Paris (Hazan Editeur 1983). In 2003 he received an invitation to hold a performance in the "Extra 50" Section of the 50th International Art Exhibition - Venice Biennale but, not being a performer, he declined the invitation. In 2007 he was invited to the 52nd Venice Biennale and then in 2011 to the 54th Venice Biennale, Tibet Pavilion, curated by Ruggero Maggi. Since 1974 he lives and works in Fano.